So you found an awesome bike on OfferUp for a great deal - a $3,500 bike for maybe $600. Sure, it looks a little banged up, and the photos are poor quality, and you yourself believe that the deal might be a little too good to be true, but you also want to believe that you've just lucked out.

You might also believe that OfferUp - and platforms like it - would flag and prevent the sale of obviously stolen property.

You would be incorrect.

OfferUp, Craiglist, Facebook Marketplace… all of these online sales platforms fail to prevent the sale of stolen property on their sites - and do pretty much nothing in the wake of the complaints about sellers that do. Additionally, they're next to impossible to police and they place the burden of proof - and almost all the legwork - on victims, buyers, and local law enforcement.

"Online sales platforms provide this thin veneer of legitimacy, hiding behind their weak and easily circumvented 'checks,' or total anonymity," says Bryan Hance, Bike Index co-founder. "These are businesses with billions in investment funding and they expect local police to not only chase down all the stolen goods on their sites, but also to provide 'safe meetup spots' for online transactions. They've basically outsourced all the enforcement and 'user safety' to local cops, burning taxpayer money in the process."

Bike Index is one of the few modes of recourse for a bike owner who sees their stolen bike listed for sale online, with stolen bike reports that used bike buyers can cross-reference before making a purchase from an unverified online seller.

At first glance, the seller looked valid. They could have needed to get the bike off their hands, explaining the price for a used bike in good condition. Veneer of legitimacy - check. However, the Salsa was a direct match to a stolen Warbird on Bike Index. Local anti-theft groups (collections of regular citizens that can be found in almost every city and who routinely help recover fellow cyclists' bikes) set up a meeting with the seller. Engaging OfferUp was a lost cause. 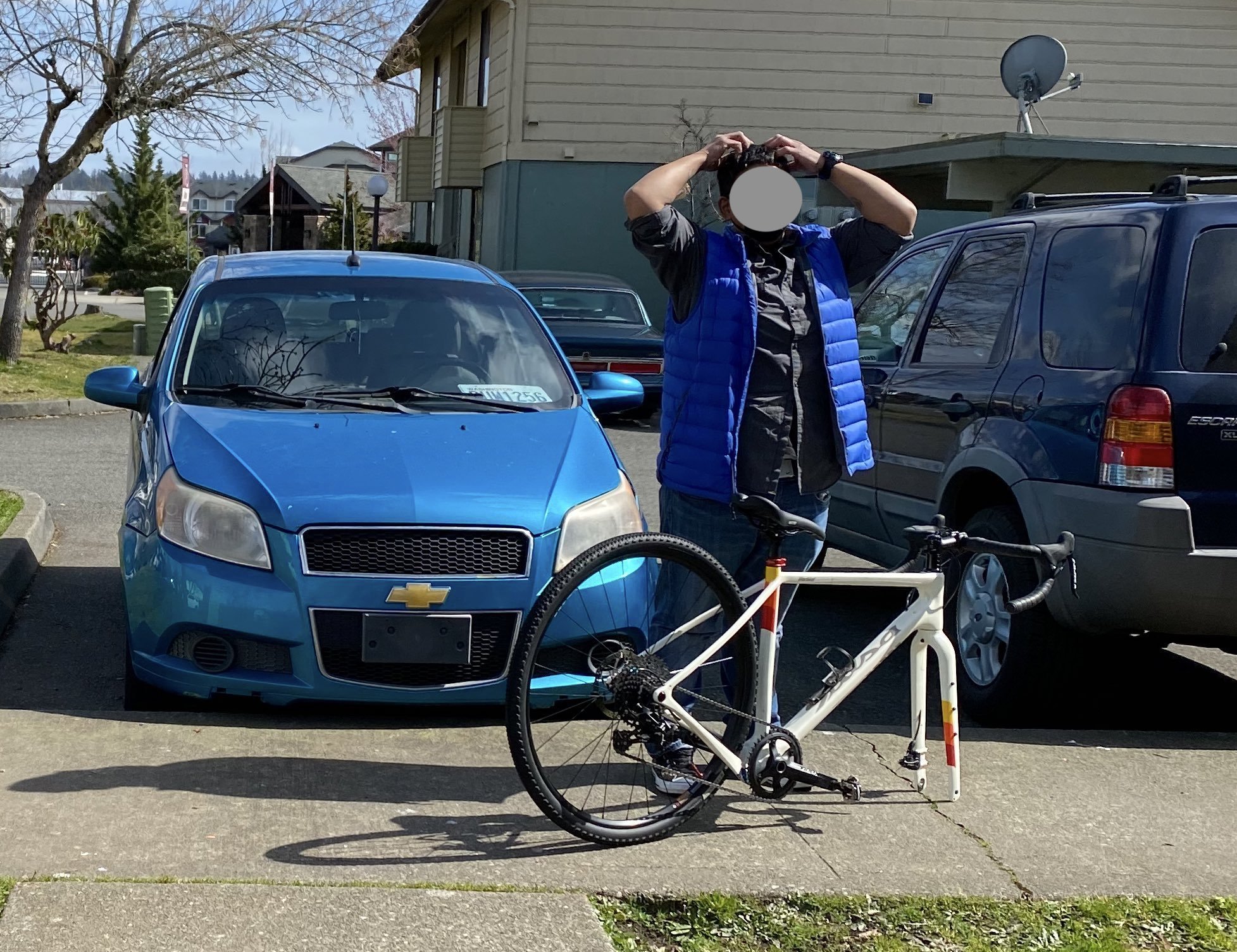 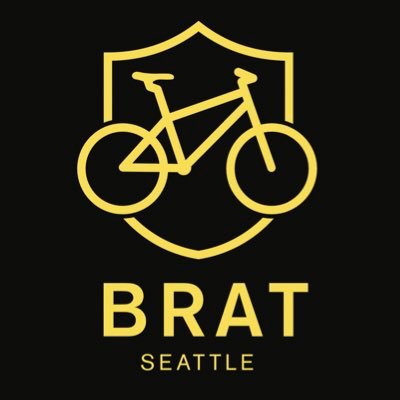 Or take this kid's Co-Op, for sale on Craigslist. Also a direct match to a stolen bike listing on Bike Index. 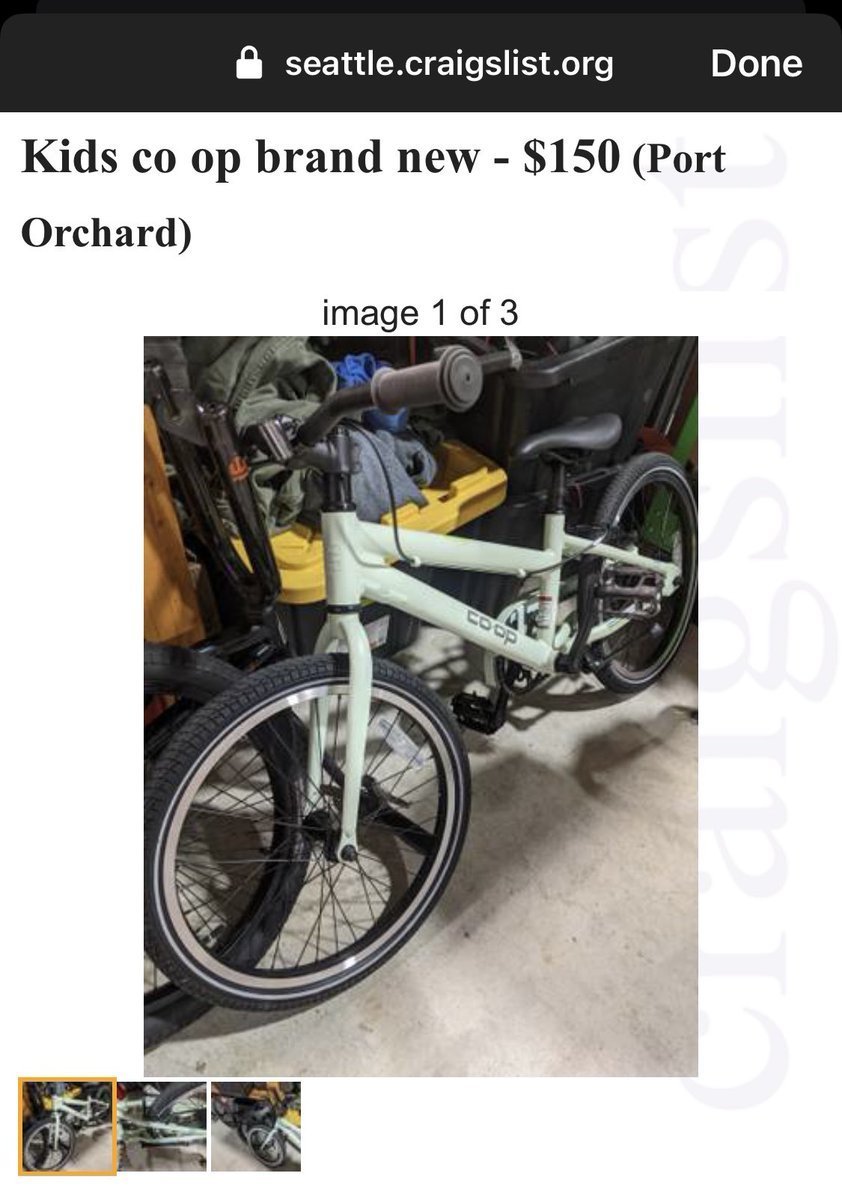 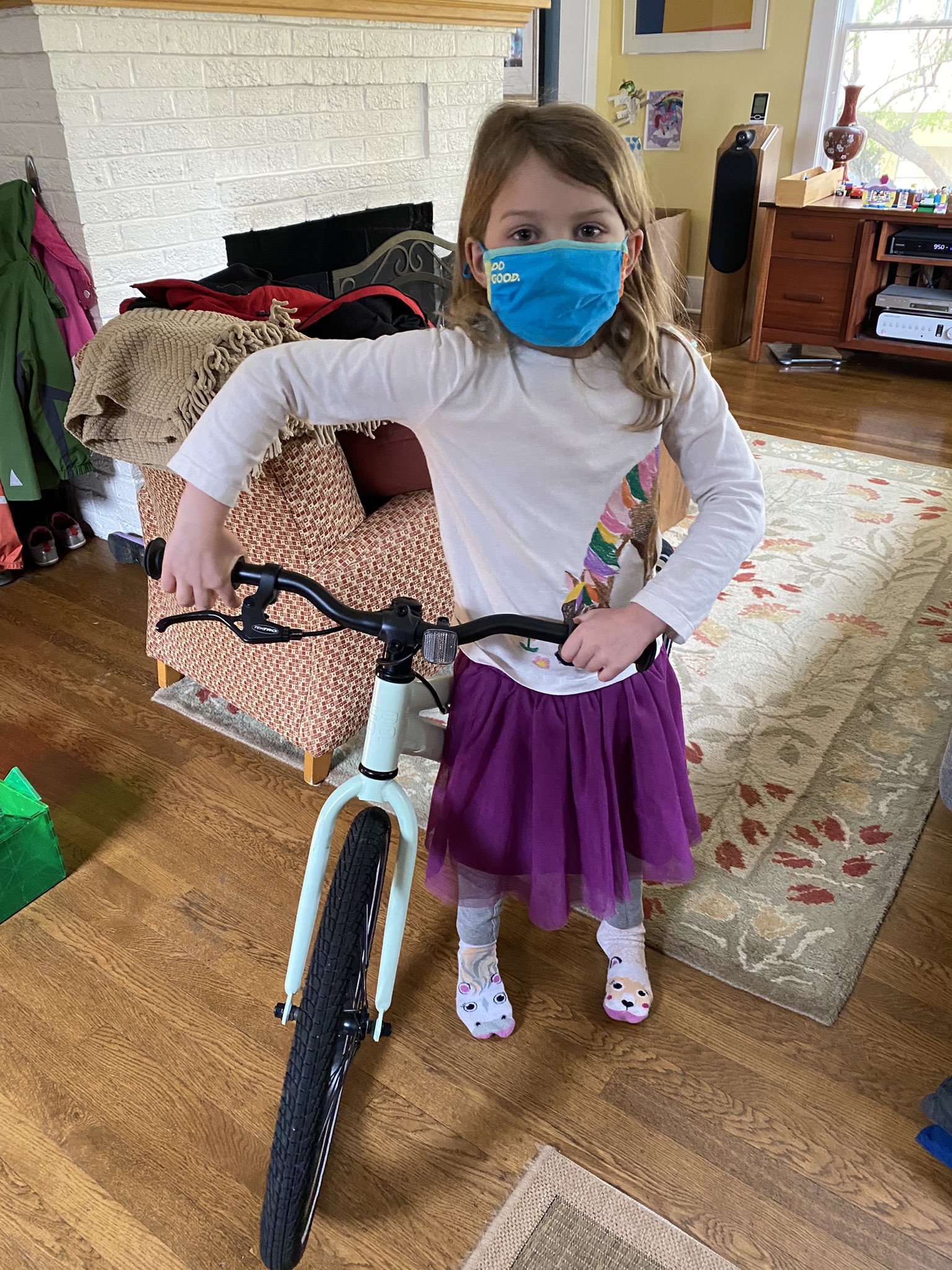 "Each site is making hundreds if not thousands of transactions each day. We do not have anywhere near enough resources to watch every sale (some of which take place in a matter of minutes) and vet it for criminal activity," says Constable Kenny McKinnon of the Edmonton Police Service in Alberta, Canada. "We currently rely on people coming forward telling us that their property is being sold. Once we receive that info we can target that ad or sale."

EPS has done a stellar job in recovering bikes from online listings, lack of resources notwithstanding. In March they recovered this GT from an online seller, and have dozens of similar stories:

Buyers and law enforcement can use Bike Index to make direct comparisons to stolen bike listings. Bike Index allows potential buyers of online bikes or finders of stolen bikes to message owners on Bike Index when they find a match. As the risk of discovery increases, Bike Index puts pressure on thieves that think they can make money selling stolen bikes online.

Taking the quick step to check Bike Index is essential to curbing this issue as online platforms do next to nothing to prevent abuse at the root of their systems.

All these platforms ... they've privatized the profit of having so many sales and users, but they've socialized their losses - by pawning off all the enforcement and grunt work to overworked local cops, who have to chase down goods on the taxpayer's dime.

Take these two Rad Power bikes listed for sale on an OfferUp account under a fake name, despite the seller being a 15-time convicted felon. Law enforcement recovered the bikes and returned them to their owners, but the OfferUp account is still active.

Or, take this other seller, who is still active and listing bikes as recently as one month ago. 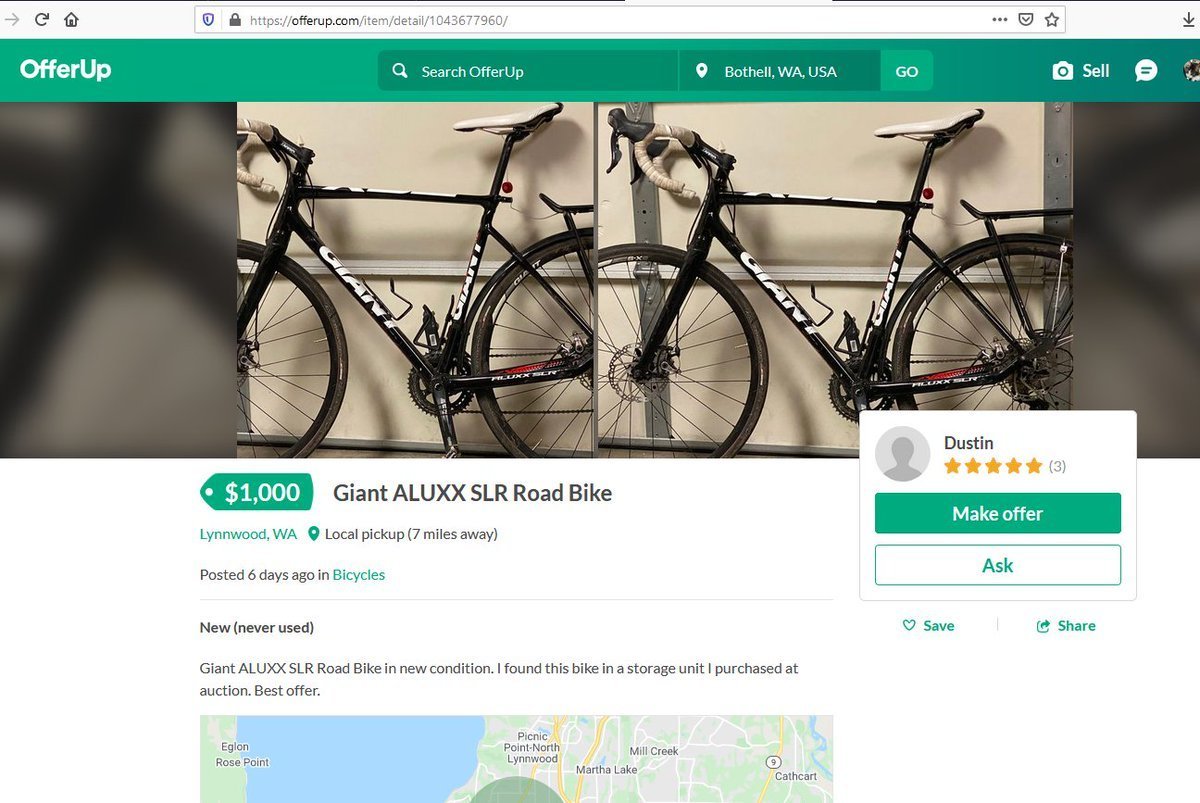 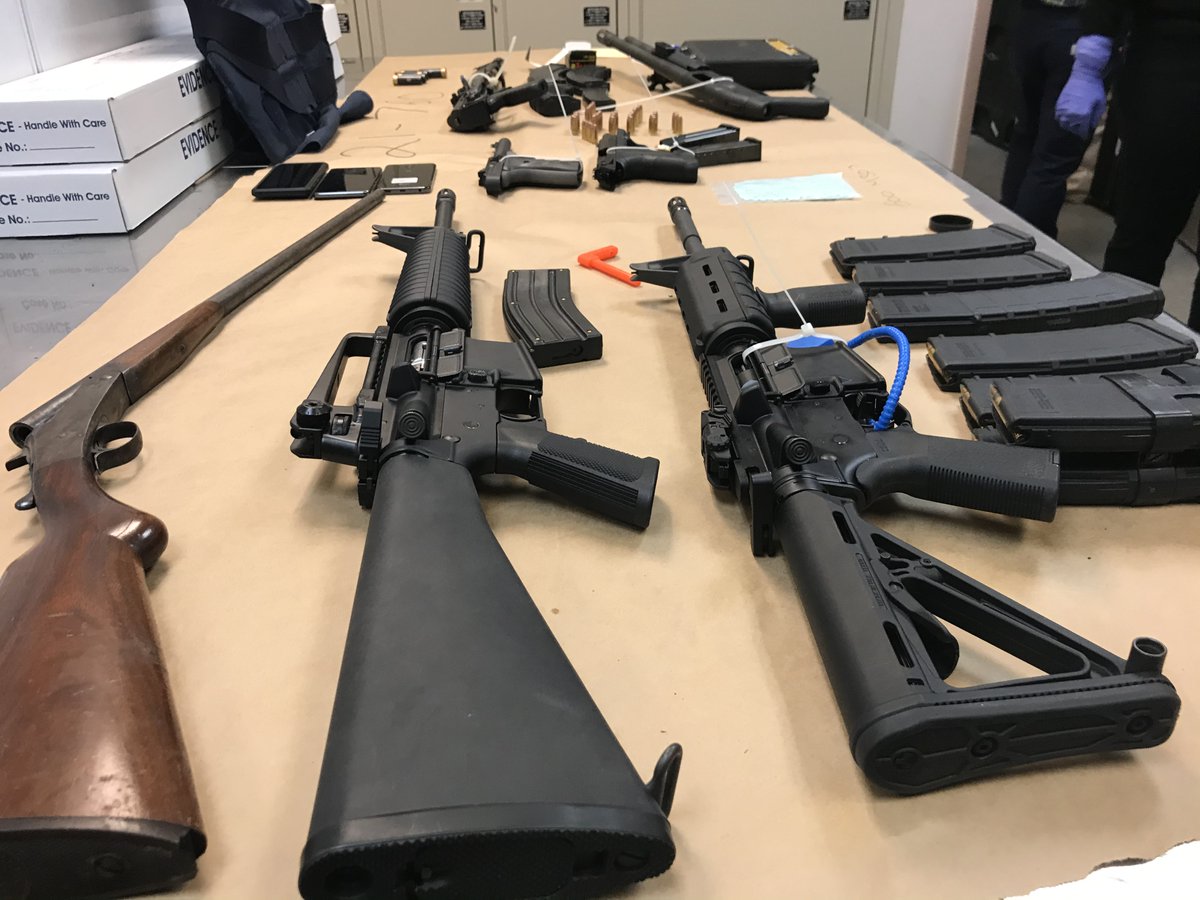 Further compounding the difficulty of used bike sales are the procedures that legitimate local shops have to deal with.

"We have small bike shops in Portland that can't sell used bikes without securing a secondhand dealer's permit," says Hance. "They have to have good track records, hold the property, and process used bikes to make sure they are not stolen, which all takes time and money to do correctly. But do it all online with zero controls in place - and poof - suddenly no one cares."

Take this Cannondale, which was found listed on Facebook Marketplace and returned to the seller via a tip on Bike Index: 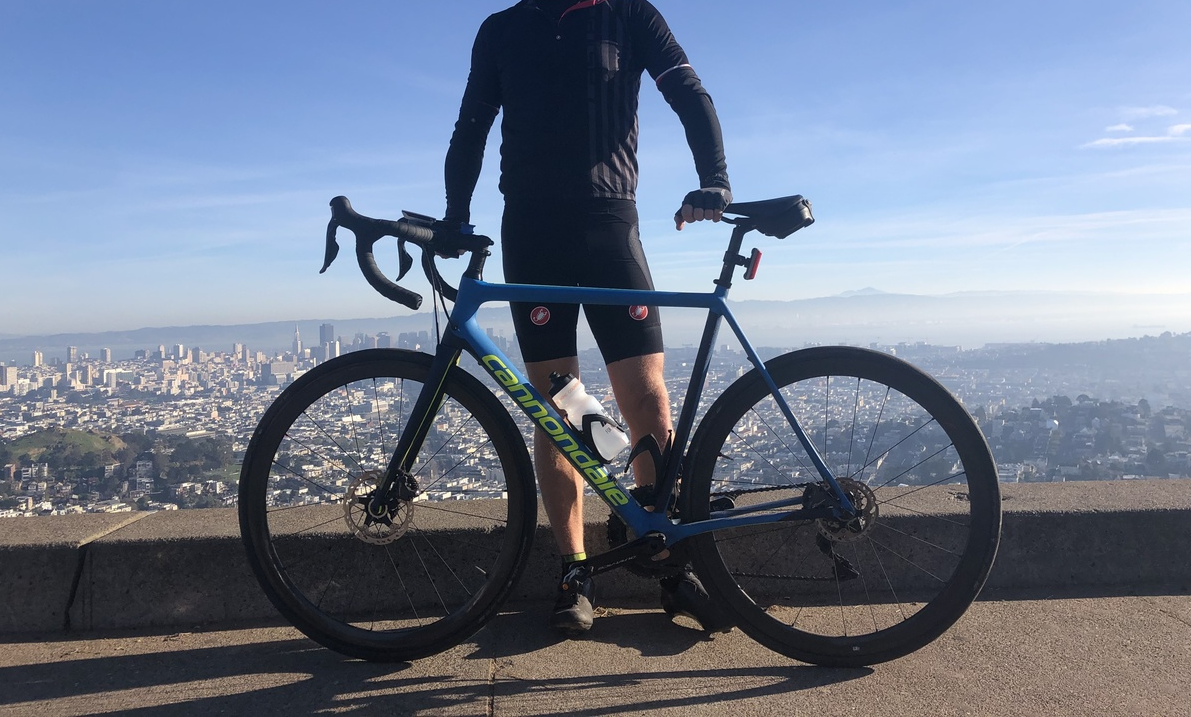 The owner alerted the local police where the bike was listed - 500 miles away from where they lived - and made the commute to pick up the bike once the police made the recovery.

Both Edmonton Police Service and the Los Angeles Police Department, who recovered the above bike, are Bike Index partners, which provides them with the resources necessary to contact bike owners through Bike Index's universal registration system. Regardless of registration location, bike owners can mark their bikes as stolen and receive messages when someone sees or finds their bike.

As more and more bikes are taken out of their theft locations for sale online and elsewhere, Bike Index will prove critical for recovery.

And while bike shops might face challenges when selling used bikes, those that do so successfully can register bikes on behalf of their customers, creating verifiable registration data that immediately proves ownership of bikes.

We recommend buying used if you’re itching to get your hands on a bike now. In her guide to the best hybrid bikes, Christine suggests using sites such as Bicycle Blue Book and The Pro’s Closet, both of which require sellers to provide bikes’ serial numbers. “One point that we’d like to underline: No matter who or where you’re buying a used bike from, ask the seller for the bike’s serial number so that you can see if the bike has been reported stolen,” she writes. You can check the serial number against Bike Index, a nationwide nonprofit registry that maintains a list of stolen bikes.

So - what can we do about online bike sales?

Constable McKinnon in Edmonton has a few tips. "Right now, our Corporate Communications puts out tons of info to educate the public in an effort to combat this trend," says McKinnon. "It is suggested that:"

Constable Dana Gehring of EPS adds that "anything suspicious or problematic should be reported to local police sooner than later. Timely reporting makes a big difference between catching the suspect and the suspect getting away. Reporting also helps prevent further victimization of other citizens."