If you haven't read our review of the Boomerang CycloTrac from last November, then before you begin here, give it a look.

About a year ago, Bryan, our in house bike tech expert, received a Boomerang tracker to review. Bryan has reviewed a number of bike tracking devices throughout his tenure as a cyclist (think, 10+ years), and as an informed tracker tester, he had lots of great things to say about the product. The Boomerang GPS CycloTrac holds up to weather and has a long battery life, not to mention that its purchase includes cellular subscription so you don't have to deal with figuring out how all of that works.

But Boomerang is working on a V2 model to build upon the work they have already done to produce the great V1 model that we received for testing last year.

In celebration of their new model, Boomerang is offering Bike Index members a V1 Boomerang CycloTrac for $25 (which is at an 80% discount) and will donate $20 of the $25 to Bike Index. The only other fee is one quarterly charge for Verizon data and software cost and support, which is $3.90 monthly.

According to Boomerang founder Kevin Fahrner, "Boomerang is one of only two companies doing research and development in IoT technology to prevent bike theft. The large bike manufacturers are not investing on anti theft technology and the lock companies are committed to more metal and steel and heavier locks."

Which is why Boomerang is working to develop their new V2 model with some notable improvements worth investing in.

First, the V2 of Boomerang is smaller, almost half the length. While the overtness of the V1 tracker broke the mold in an actually rather clever way (by saying THIS BIKE IS FOR SURE BEING TRACKED), the new model has more potential for concealment, especially on a larger bike such as a cargo bike or an e-bike. And while the new model is smaller, it has the same size antennas, so as not to reduce broadcast performance.

And, "In addition to the V2 hardware, we will be adding a broadcast ability," says Fahrner. "Our long term goal is to broadcast a bike theft within minutes to the bike community located within 1/2 mile of a "confirmed" bike theft."

Bike Index operates on the community model, by showing bikes as stolen to both local as well as national (and international!) communities. The cycling community gets stuff done, and with some sort of instant alert to those who have subscribed, we see Boomerang as being a great way to recruit active participants to help prevent thefts. 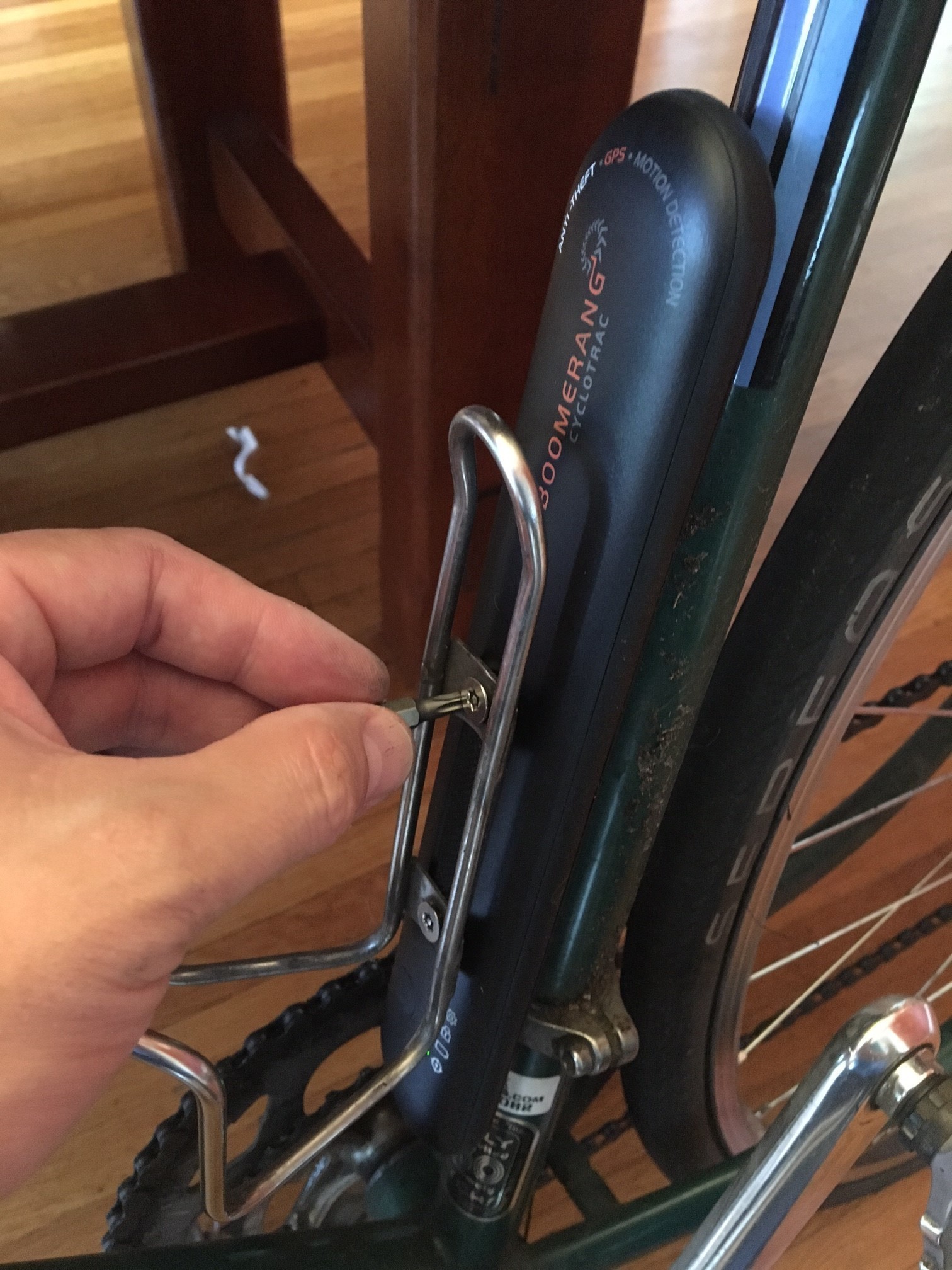 A second important improvement with the V2 model of Boomerang is that alerts will send more quickly than with the initial model. This comes partly with the switch to LTE for cellular connection instead of the former 2G application. A couple of folks had issues with not receiving alerts within the first few minutes of a bike being moved.

Fahrner's aim is to make sure the whole process runs more quickly. The switch to LTE will also extend the battery life of the device. As our first article mentioned, in Boomerang V1, one charge already gets you 5-6 days of continuous GPS tracking for a standard commuter, so any improvement is just a huge bonus. PLUS, the V2 will work in Canada.

And then, the new V2 model of Boomerang will also be 30% cheaper than the initial Boomerang, which was already only $155 for the device and for one year of cellular service. "Supporting the campaign and our effort allows us to reduce the cost and price so we can have a GPS solution on the low end of the bike market," says Fahrner. By making V2 even more affordable, protecting your bike becomes less of an additional cost burden to the price of a bike. 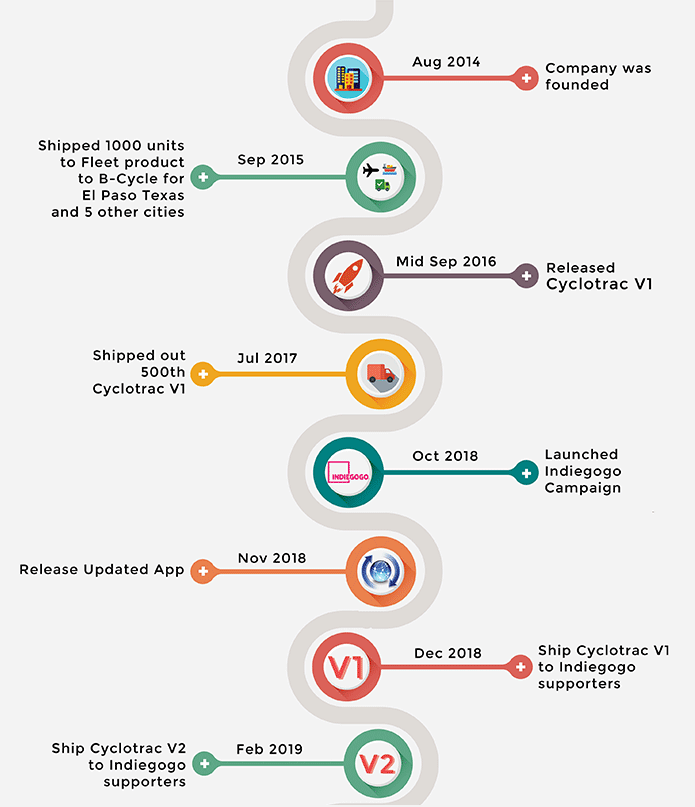 "Donations of $1.00 to $5.00 are just as important as purchasing the [V1 or new V2] device," says Fahrner. "If anyone who lost a bike to theft supported our campaign we could develop technology to put an end to bike theft. We are committed to this goal and we are convinced our technology can achieve the goal."

The Boomerang CycloTrac will bring a great product to market for a fair price, and help in the overall fight against bike theft.