VerifiR - the embeddable bike tracking tech that we've been waiting for

Many years ago - back in my stolenbicycleregistry.com days - I wrote an article about the possibility of using RFID to track bikes.

If you're not familiar with the term, RFID is short for "radio frequency identification". The most well-known RFID example is likley the chips you can have implanted in your pets at the veterinarian. If one of these 'chipped' pets ever runs away, a vet or shelter worker can just wave a special reader to scan them and - voila - an owner can be found.

It's pretty neat tech - and it brings a lot of lost pets home. Naturally, lots of people over the years have asked me about using this for finding bikes.

That original article is long gone, but the gist was this: RFID is great tech for tracking things! We should use RFID's to track bikes! Sadly, though, there are tons of hurdles to deal with before this will be possible - signal problems, a lack of cheap 'readers', and no good way to hide them and ensure they won't be removed.

As with all things tech-related, that equation eventually changed as the tech got better.

Since that article was written, our phones basically became 'the reader' - thanks to NFC technology - and a lot of NFC-capable phones are finally on the market. Also - much to our delight - VerifiR showed up with a promising spin on RFID tracking technology designed specifically for bikes. 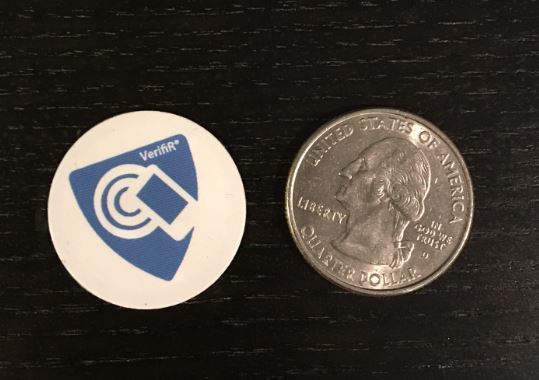 VerifiR's chip technology comes from the pharmaceutical and anti-counterfeiting industry, where item tracking takes on a much more serious role. Their real breakthrough, though, is that VerifiR chips can be molded inside of a carbon frame, or concealed under a painted finish.

Think about that for a moment, because it's a game-changer: Once embedded in a frame or paint, VerifiR’s chips are nearly impossible to remove or deface – not to mention they make it much easier and faster to scan than traditional serial numbers.

The more I read about their technology, the more I was convinced that VerifiR basically nailed everything I've been looking for, so I reached out to VerifiR's inventor Jurgen Schmerler to learn more. Without saying too much more here, I'm very excited to see VerifiR's embeddable chips come to market - and the trick now is getting those chips inside bikes on a massive scale. 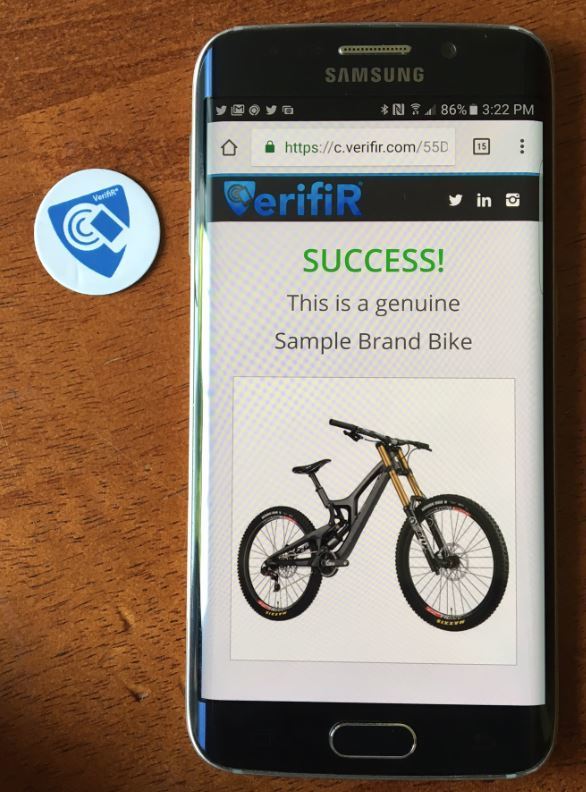 Fortunately that is what Jurgen and VerifiR are busy doing now - and even better, the Bike Index is going to help out.

We are very excited to announce that the Bike Index is partnering with VerifiR to support each other's efforts re: bicycle registration and protection!

Bike Index will be adding all the VerifiR-protected bikes into our database when an owner of a participating brand registers via VerifiR's app.

Furthermore, any VerifiR-embedded bikes that are stolen will automatically cross-list into the Bike Index's stolen listings, making that bike’s information immediately available to our thousands of national partners who ID and recover stolen bikes every single day.

We here at the Bike Index think VerifiR's scannable tech represents an enormous, badly needed advancement in the way bikes are tracked and ID'd - and we're ready to help them spread the word. Like I said - we've been waiting for something like this for quite a while.

You can read the official press release here, and you can expect a lot more to come in our blog re: this great technology and its capabilities for fighting bike theft in the future.