This post - and others by Lily - can be found posted initially on her blog here.</strong>

One of the fundamental elements of sport is goal-setting.

It feels shallow, contrived, and like I am doing it to inspire myself. I don't need to be inspired. I've always felt like goal setting was a way for people who were unhappy in their sport to create something fake that they could 'work toward' in order to create fulfillment in something that they really don't naturally find fulfillment in.

Obviously many people find positivity in their goal-setting. That is great. I truly wish things worked that way for me, but I can get really sucked up in negativity and goals traditionally have not been a thing that helps me be positive. Framing my sport as something I do because I love it, rather than something I do because I want to beat other people has established a really strong base for a long career for me (or so I hope). That being said, I am incredibly competitive, and that contrast has always made me a bit confused about goal-setting.

My dislike of goal-setting is two-fold. First, we always did goal-setting meetings in college. They always felt fake as hell. It was one of the first team activities that each year's new captains would organize. It felt, more than anything, like just an activity idea to check off the list. Let's all sit down and dream big together! I'm being a good captain. Check. We would sit in a circle, make posters with pictures of people and things that inspired us, and put our season's 'word' on a hair ribbon. Can you imagine me wearing a hair ribbon??????? 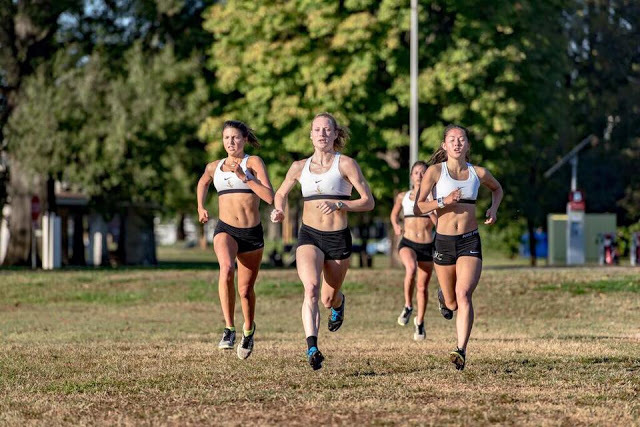 My senior year I made the goal of being on the squad of seven that competed at NCAA cross country nationals. I had pretty much thrown my running career in the toilet in college. I was burned out, I didn't care, and I was generally a horrible teammate. I was in a constant state of rebelling against my teammates and all of their team principles. I was very unhappy. But senior year, after finally getting my anti-anxiety dose appropriate, things were going OK. I was having great workouts. I kept to myself but didn't feel like I was a source of conflict on the team anymore. And I PR'ed in the 6k and was our seventh finisher at SEC's, the big tune-up before regionals and nationals. My college career didn't even come close to living up to the trajectory I had envisioned for myself at the end of a great high school career. But I earned my spot to be on those squads my final year. And it felt so good to achieve my season goal, even if it was just one that I had written down to partake in a team activity.

Then my coach told me I wouldn't be racing at regionals. They took another runner, who had completely botched SECs by going out in the first mile of the 6k in 5:00. The reasoning was that she had a better body of races from the full season, which was objectively true. But I had been gradually improving and was ready to peak at regionals and nationals. And I didn't get to race. I went back to the locker room and tore up my goals poster and threw it in the trash. I got selected to race nationals but ran like crap. I was checked out at that point. 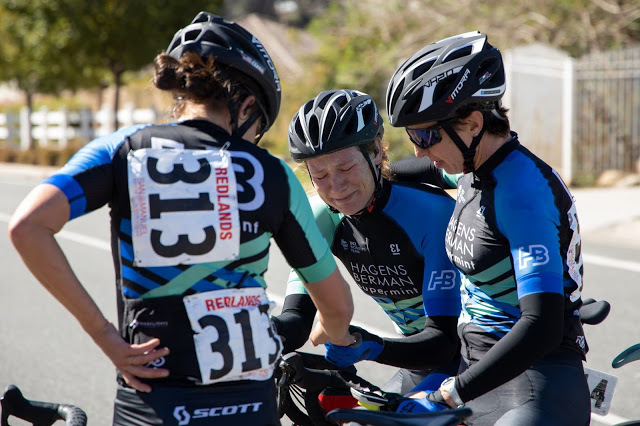 I don't like to set process goals either. I certainly find a lot of happiness in the process. I like to train, and I like to see my numbers and times improve. I like to find little achievements throughout the season. But I don't think you need to set mental objectives and checklists in order to achieve things throughout the year and enjoy doing so. I have enough checklists to complete at work and at home. I don't need to turn my training and racing - a time when I can leave other elements of life behind for a few hours - into a box to tick.

But I've inadvertently set a big goal without even meaning to.

I want to win a gold medal in the team pursuit in Tokyo.

I've realized that the only way to do this is to set the dang goal. You don't just happen upon a gold medal at the Olympics. I don't really want to tell people about my goals, but there is psychological merit in doing so. Sure, the failure will certainly seem greater if you set goals, tell everyone about them, and then don't achieve them. But I don't think there is any way to meet a task this large without planning for it.

Ultimately, I suppose 'planning' is what goals boil down to. And for whatever reason, I don't mind framing goals that way. Each road season I sit down with my coach and I tell her that I want to win Winston-Salem and Nationals, and we plan training accordingly. I don't enter any race with the mindset that I won't be standing on the top step of the podium. That all being said, I do try to be completely realistic. I wouldn't make those goals if I didn't believe that I could achieve them. I don't think anyone makes goals that they don't think they can achieve. They make big goals knowing they need to improve to get there, but they know they can commit to making that improvement happen. Sometimes the timeline might be off, but through trial and error, you figure out what is going to work and what isn't, and then you reframe. 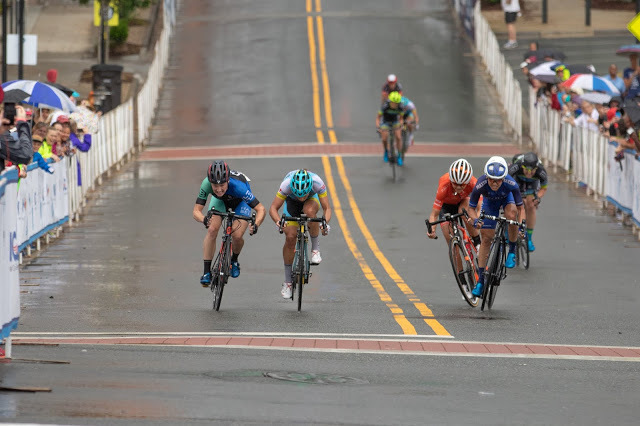 Sometimes you have to lower your goals. It's a terrifying thought, but it's true. Bike racing especially is tricky. Some goals you just can't set. It's hard to say at the beginning of a World Tour stage race that "on day 3 I want to make it over the mountain with Leigh Ann and then lead her out for a podium spot." If you've ever done a bike race, you know that things never work like that. Successes often happen completely unplanned, and sometimes you just can't fall asleep the night before the race you care about the most. Or your legs are bad. Or you crash. Or get a flat. Or you're just there for fun and you get the biggest result of your career. All sorts of stuff happens and that's truly what makes bike racing special in my eyes.

But I had a dream the other night that I won a World Cup cyclocross race. And that feeling of throwing my hands in the air as I crossed the line was insane. And then I woke up and was like, well that was disappointingly just a dream. And then immediately after I was like, I have to do that someday. 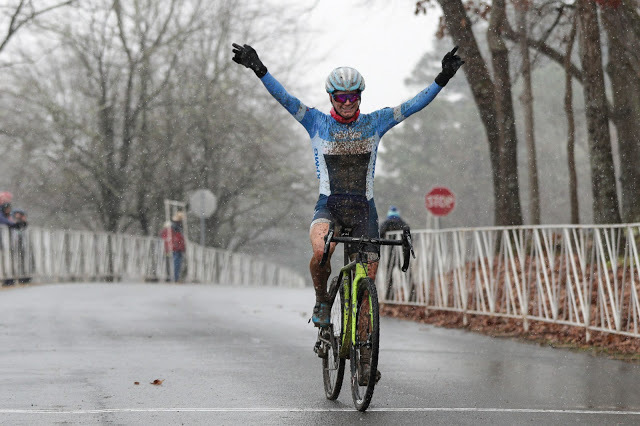 I am just one rider in a pool of riders who all want to go to the Olympics next summer. I have so much work to do to improve and make the Olympic team that I gave up my first love, cyclocross, a year ago to focus on this. And people train for years toward a goal like this. I'm not delusional. Just getting to the Olympics is one step. Winning a gold medal is something completely otherworldly. Some could argue that the Olympic experience is enough. But I don't want enough. I want to win.

Goal-setting has always felt cocky to me. Like you're telling people you can do this thing that you haven't backed up yet. But Gwen Jorgenson set her eyes on the gold medal in Rio and did it. And now has her eyes set on a gold medal in the marathon - a completely different sport - and has not been ashamed to tell everyone that. Even her teammates, who also have that exact same dream but with a lot more experience and miles in their legs. Her trajectory hasn't been great so far, but I don't know if I would bet against her.

Track has been a riot. Even if I don't meet my Olympic goal, I won't have seen this period as any sort of waste. I think when achievement is the sole aim of a goal, you can obscure all of the great things that happen along the way. I try to keep that in mind every time I step over the bike - any kind of bike. Goals are important, but I know that they're useless without happiness to propel me from good to great. 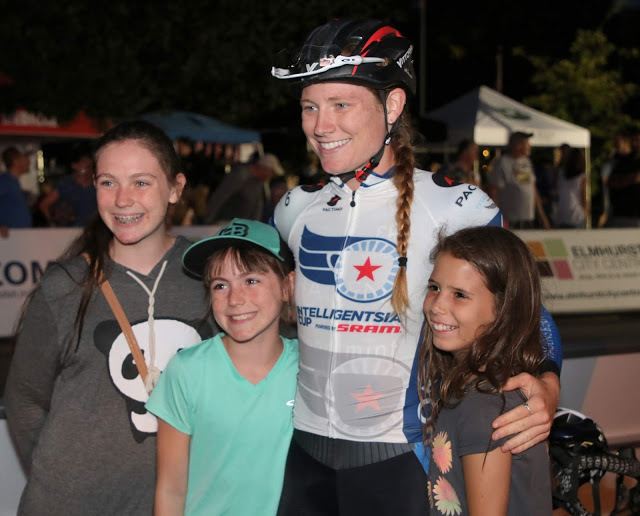 So, I still don't know entirely how I feel about goal-setting. I don't think it's something I need to do to perform well and it's definitely not something I need to motivate me to ride my bike. But I feel like when the stakes are this high, you have to retort with something equally high. You have to know you want it. And I really want it.

I want to win a gold medal at the Olympics. I want to wear the rainbow bands. I want to win a World Cup Cyclocross race, a spring Classic, and a national championship. Goals that every cyclist has. I don't yet know how I am going to get there, but that's what I want from this sport. Just letting you know. 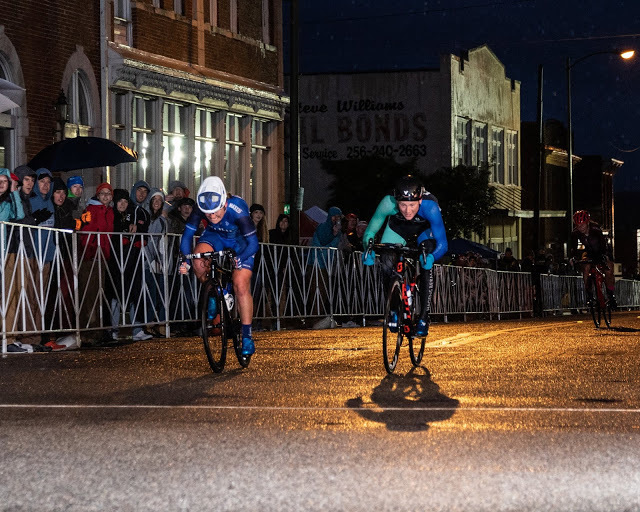