We ride bikes too

I am a professional cyclist.

To clarify, I must first say that there are a number of very different groups who could all call themselves professional cyclists. There are messengers, who deliver parcels throughout cities via bike, each and every day, rain or shine, hot or cold. Some people make enough money to live off of cycling blogs they post in every week. Thousands of people work in bike shops fixing bikes and getting other folks out onto the road. 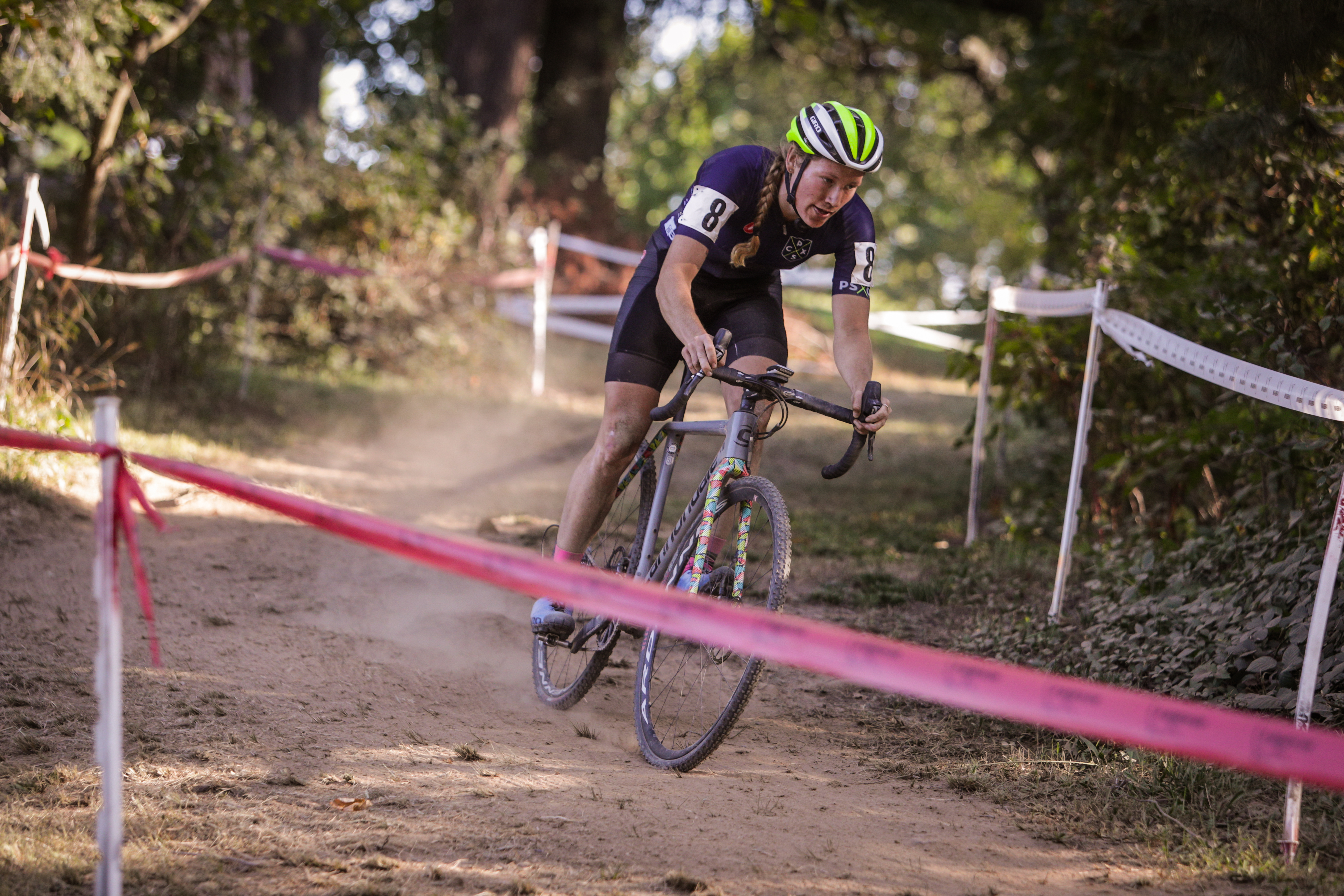 Outside of professionalism, there are a thousand and one different ways and reasons that people ride bikes. Before you scoff at me for buying shoes that are carbon-molded to my foot shape, or ask me why I run through the mud carrying my bike, I want to tell you the story about how I got into cycling. I think the story may transcend many folks’ experiences with bicycles in some way, and demonstrate some of the reasons why bikes are important to us at Bike Index.

We use bikes to get around. We've fixed bikes all day as a job and we've then gone home and fixed our own bikes for fun. We ride bikes in the woods and on the roads with our friends. Bike Index wasn’t built to fill a tech niche. It was built to serve every single person who rides a bike and doesn’t want to lose their bike to theft. This means racing cyclists, messengers, commuters, folks in lycra, those parents who put their kids in a cargo bike and ride them 10 miles up steep hills every day in the snow to school, and cruisers on the lakefront (but please signal before you turn right onto the middle of the path). We’re inclusive.

Every one of us at Bike Index rides bikes – all sorts of bikes. So we know why your bikes are important to you. Bikes are a huge part of our existences, maybe to a fault. But hey, you got Bike Index out of it, so it can’t be that bad. 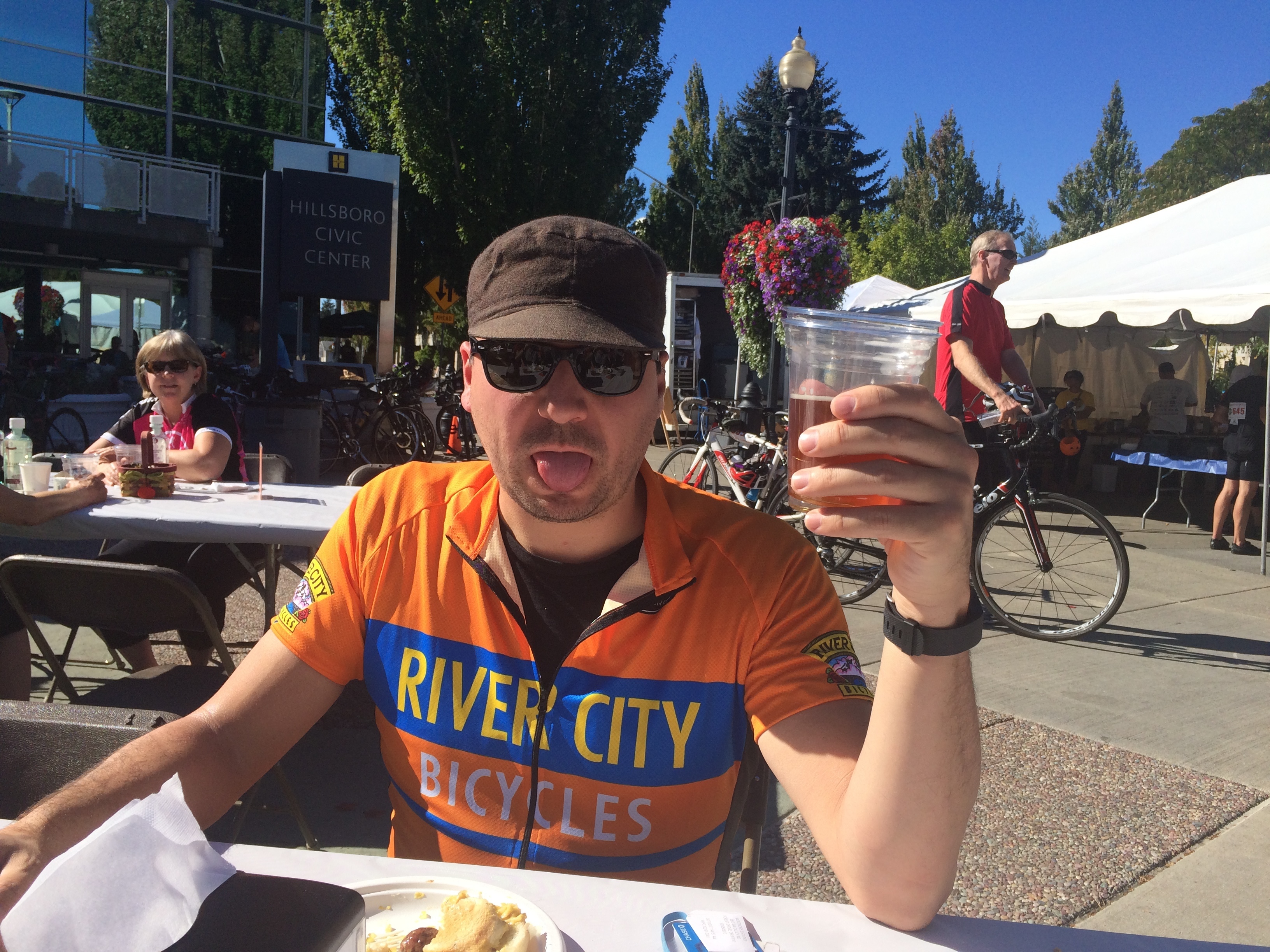 I got my first "adult" bike as a freshman in college. The university I attended was in no way big enough to require a bike to cross campus, but heaven forbid walking for 15 minutes. My cool aunt visited me and convinced my parents to spend $400 on a commuter with these big wide curly bars, a coaster brake, and a rear hub that housed three full speeds. And that bike saw a great five years of bar none, no helmet, all-weather, U-lock hanging from handlebars commuting. I locked that bike anywhere and everywhere: to trees, to fences, to handrails. It only got cut once. It was so heavy. The saddle had a big hole in it that spurted water into my butt anytime it rained. One time I took it on a 30-mile ride (still without a helmet, obviously) in gym shorts and tennis shoes and ran over a nail so hard that it went through the rim. I cried. I lost a spoke on the front wheel and just kept riding around. What is a true wheel?

That bike was a friend of mine, Endowment Effect notwithstanding. I brought it with me when I graduated from college and moved to Chicago for graduate school, where my bike universe experienced its Big Bang. 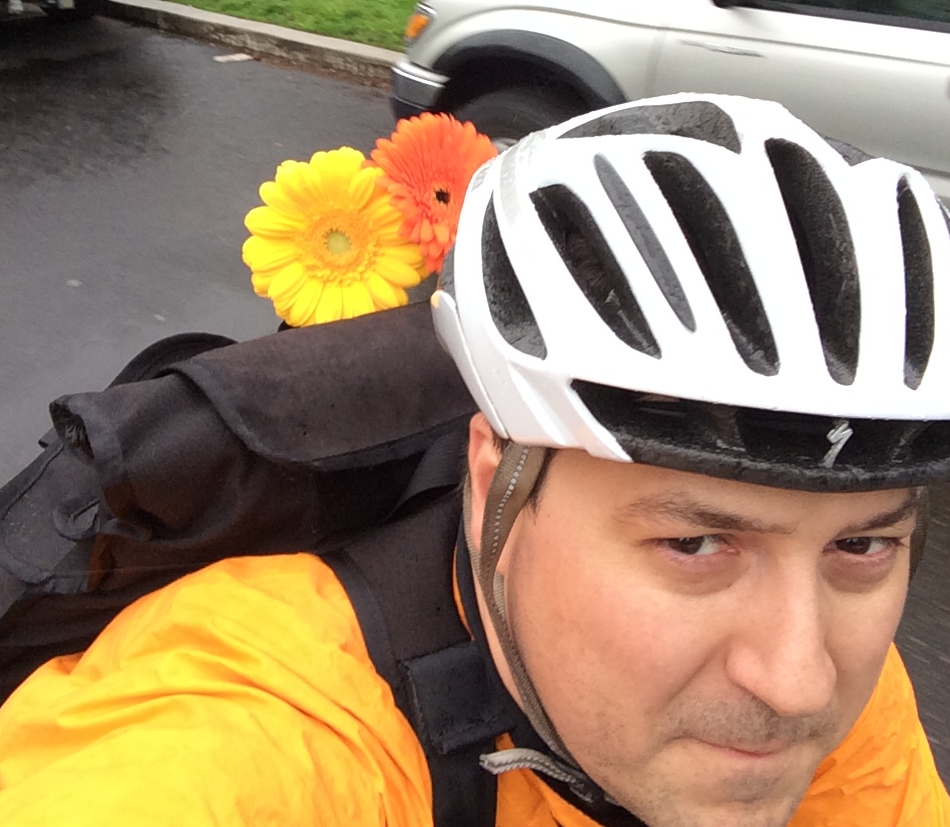 This isn't me, it's my co-worker Bryan, who is here demonstrating the joys of bike commuting.

I had been a student-athlete in college, but when I left for graduate school I quit, and all of a sudden had a bunch of free time. I decided that I wanted to get a job at a bike shop, seeing as the folks who always helped me fix my bike in college were pretty nice, and I wanted to learn more about maintenance. A shop brought me in as a bike builder/floor sweeper/trash taker outer/you get the point. A slew of events led to them keeping me on during that winter, teaching me what they needed help with, from flat fixes to overhauls.

And instead of just riding my bike around campus, I also now relied on my bike to take me 8 miles through the city to class each day, to get to work, and to just get to places on time (or just a few minutes late). I rode my bike through the snow, at night, all the way south on the lakefront and back. I discovered fenders. I discovered the awesome pedals that are a platform on one side and clipless on the other. And now when I got a flat, I could fix it.

At the same time, I picked up race bikes because a group ride left from the shop every Wednesday night and it was called Wednesday Night Worlds and I am very competitive and those carbon thingies we sold were so light and at cost. What is a Strava? Plus Chicago has a fabulous amateur cyclocross series that also had beer and friends. And because, sports. And so it all went from there. 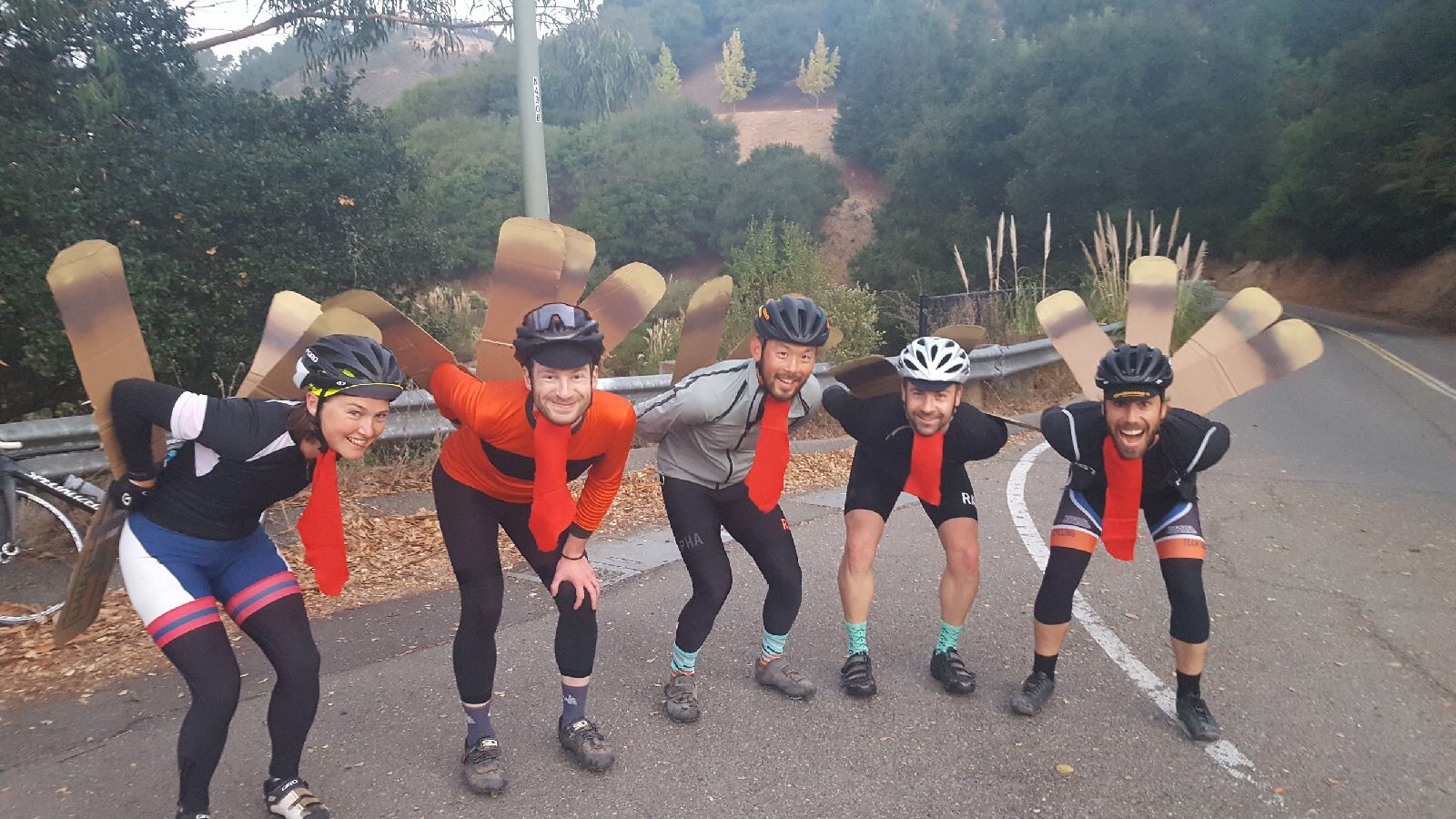 This is a kind of sport.

I can't claim to transcend even a fraction of a percentage of people's experiences with bikes. I've never been a messenger, I've never toured across the country, I honestly am terrified of fixed gear bikes (props to y’all), and I could not tell you a thing about working on mountain bikes (we have boat ramps in Chicago). But I can say that bikes are important to me. I could claim some cliché about freedom, etc. but really it boils down to a fascination with the utility of these efficient machines, their ability to both give me alone time and bring me together with others, and that I just like to go fast.

A lot of people have the idea that if you’re a messenger, then you don’t race bikes. If you race bikes, you have to be the world champion. If you’re a world champion, you don’t commute. If you commute, you’re in the way of traffic. And if you work somewhere, it doesn't mean you're into what your company or nonprofit does. While you don't have to love what you do, Bike Index as a collective really really really loves bikes, for a bunch of different reasons. Bike Index co-founders Seth and Bryan both avidly commute. Bryan hosts dozens of community bike events, including one where he helped a cyclist from South Korea get back on his journey from Canada to Argentina after his bike was stolen in Portland. Seth completed flippin Grinduro despite 4 flats. Seth built Bike Index when he was working at a shop and thought "Hey, there's this thing cyclists need. I'm going to build it now." 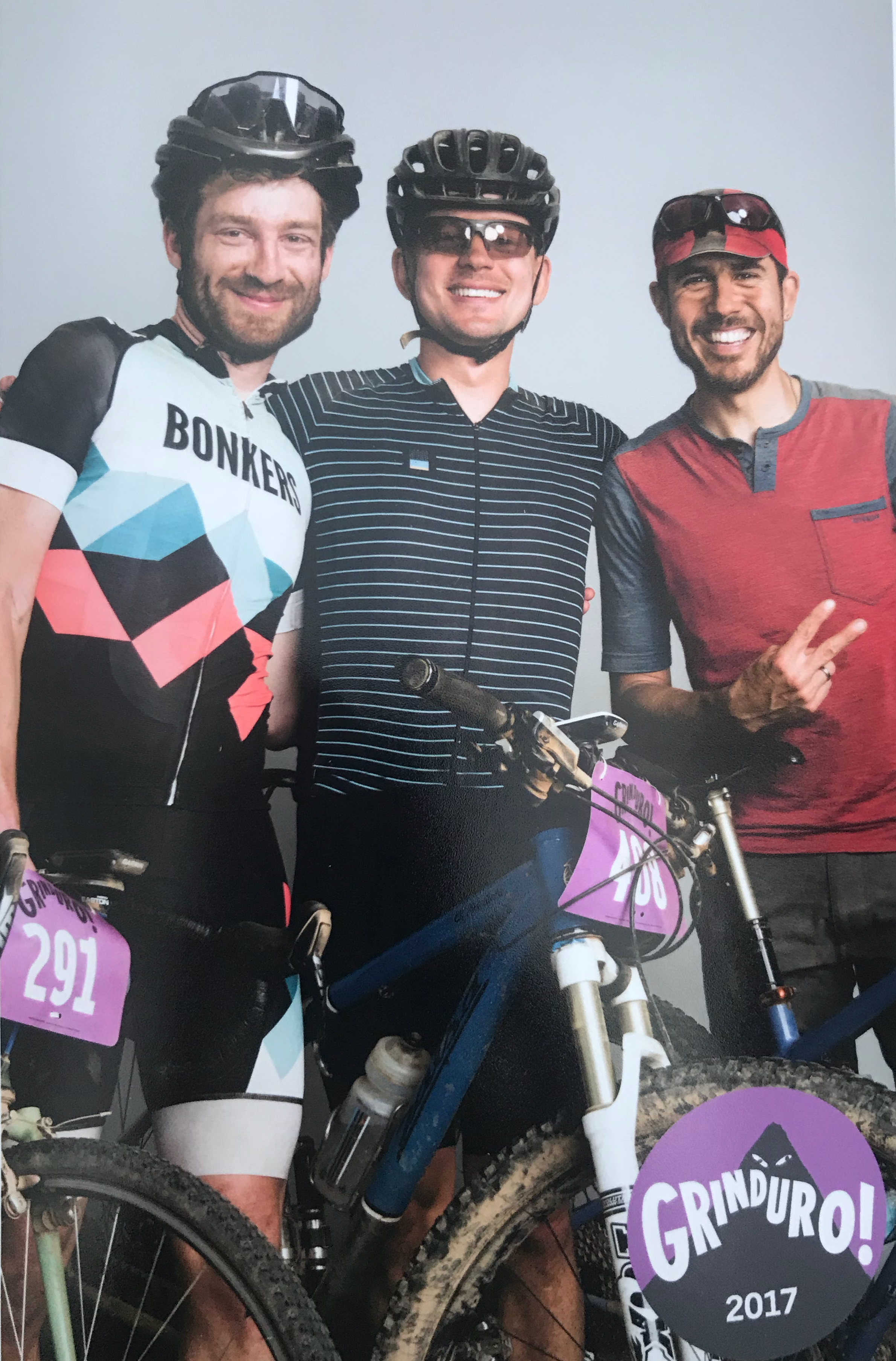 We're tooting our horn a bit here. But we want everyone to know why Bike Index is here. It's here for everyone. It's here because we cherish our bikes, and we know that you guys do too. That feeling you get when you first hop on your brand new bike doesn't really diminish over time (it's presumably the same way for thieves who hop on a brand new prize). So we're doing the best we can to make sure your bikes are as protected as our own.