Hey there! So, it's been a minute since we updated our stolen bike recoveries. I was, ah, kind of busy off doing something crazy which sidelined me for a few months.

But - hey! I'm back! And now I'm sitting here on a long Christmas break, doing a multi-month binge update to our stolen bike recovery stories.

Before we get started: Recall that Bike Index is a 501(c)(3) non profit. We love catching thieves and finding stolen bikes - but we could always use a little help. Especially towards the end of the year!

We would love it if you could donate to the Bike Index. Please help us keep these recoveries coming by donating here -- tax deductible, too! We would appreciate it hugely if you did. 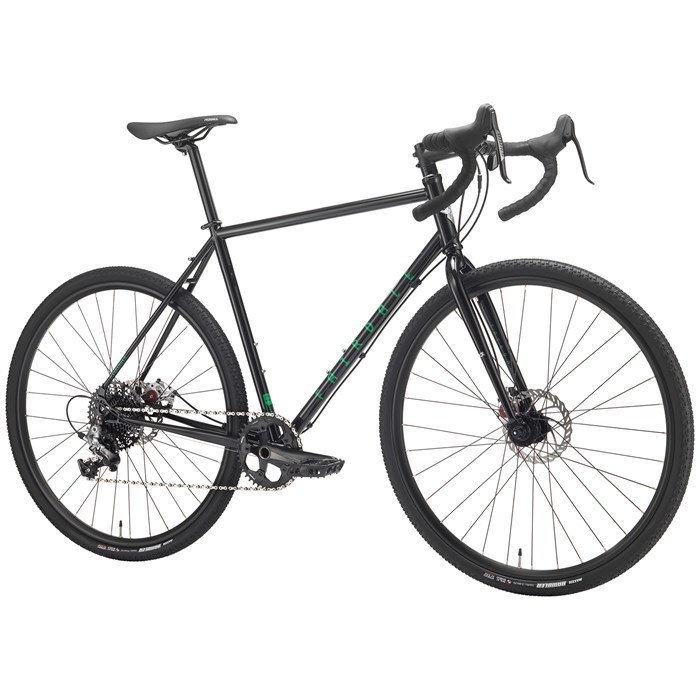 "Found in a neighbor's yard, ID'd in Bike Index -- found with a flat tire and the lock still attached." 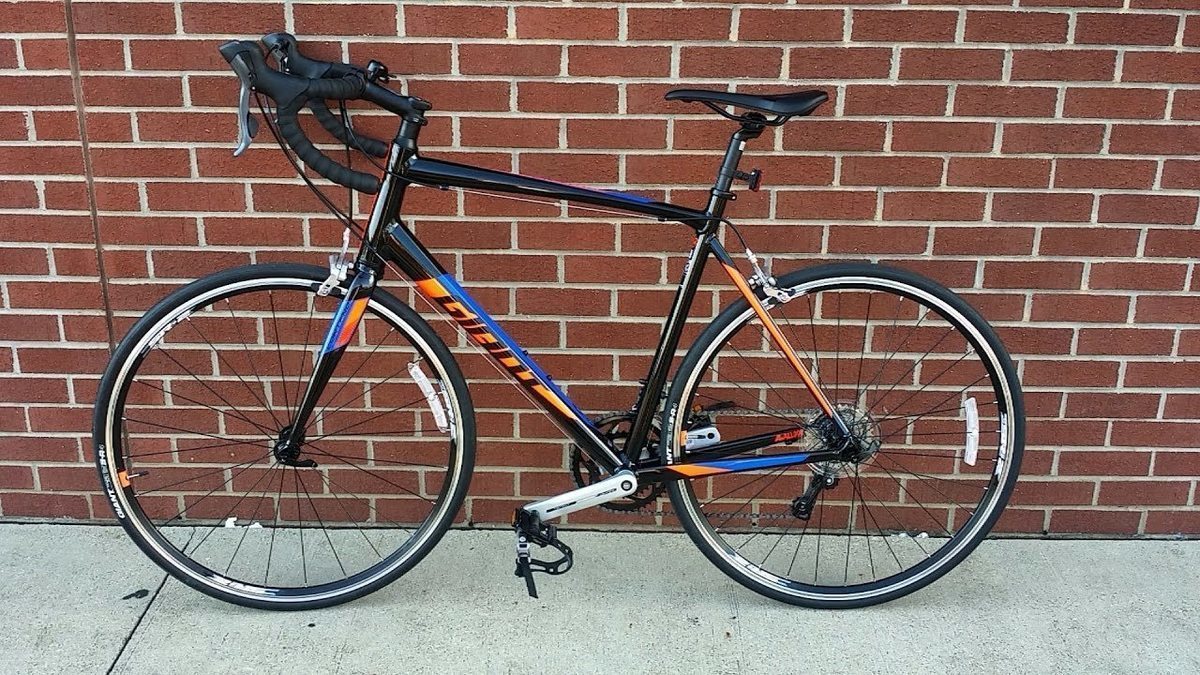 "Hi, I've recently got into cycling and bought this bike on Craigslist from a guy in the city without first checking the serial number. Let me know when you wanna pick it up. I also have his number and address if you want to pursue things further. He tried to sell me other bikes in his garage. It all makes sense now after my friend advised me about what to do when seeing a "deal" on Craigslist ..." 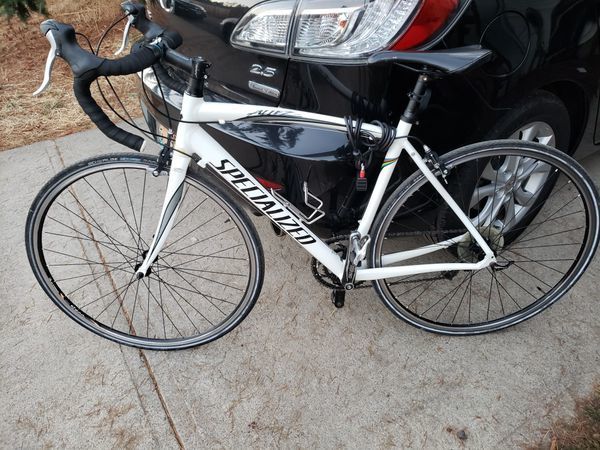 I bought this bike off app OfferUp today. Came home and was researching it online and I came across this site. Found out it was stolen and contacted Portland police and they met me and picked up the bike. I assume they have contacted you by now. I am thankful the bike is getting returned to the teenager. Smart thinking logging it into this website, I would have never known it was stolen if you hadn’t. Take care and safe riding! (Portland Police has his information and the police and myself went back to the sellers address and I received full refund.) " Editor's note: this seller's Offerup profile is still active. Pretty sure we'll be linking all these sellers from now on.

"Stolen Bikes Edmonton worked with Edmonton Police Service and found it at a pawnshop ... " 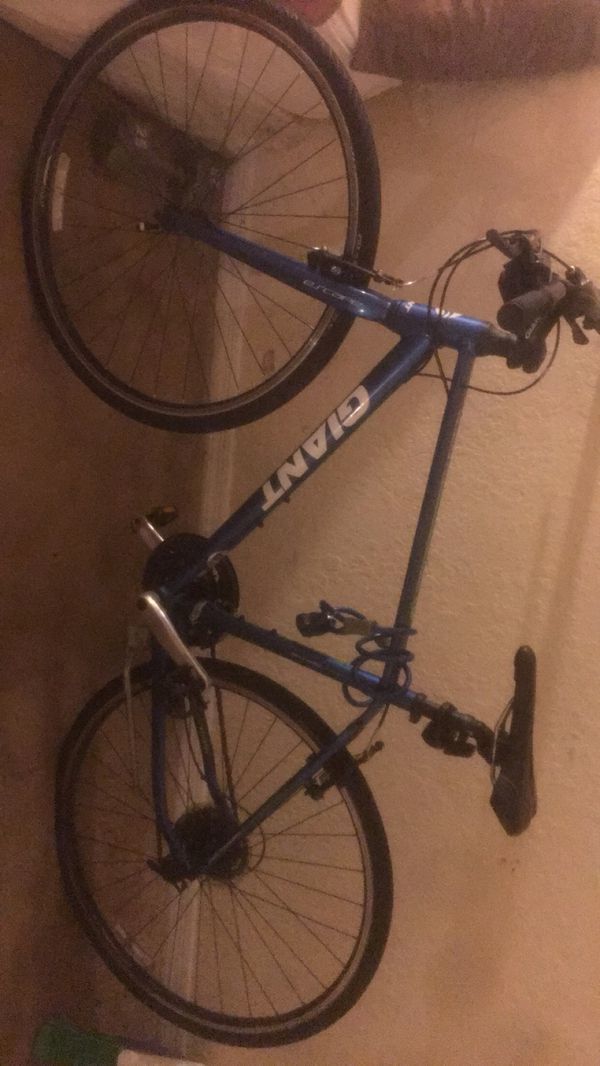 "Yes - I have the bike because I bought it from someone on OfferUp. I looked up the serial number last night and saw that it was reported stolen.." (Bike Index notes that this seller's profile is still active on Offerup. ) 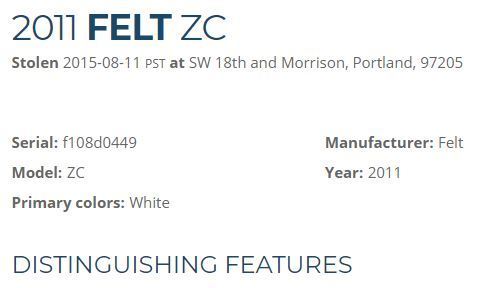 "Your bike is at the Bike Gallery In Portland, Oregon. Officer Sanders of the Portland Police Dept is going to take it to impound..." 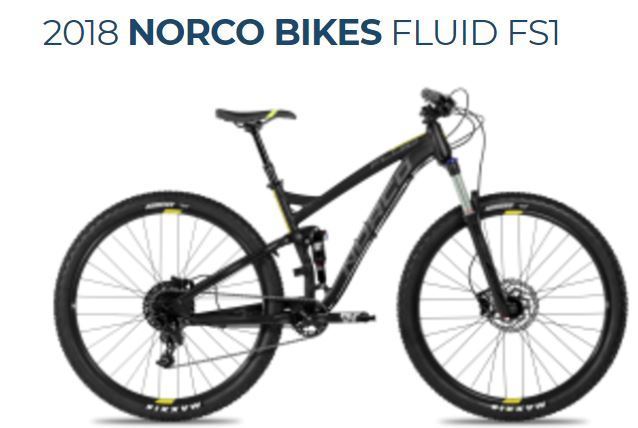 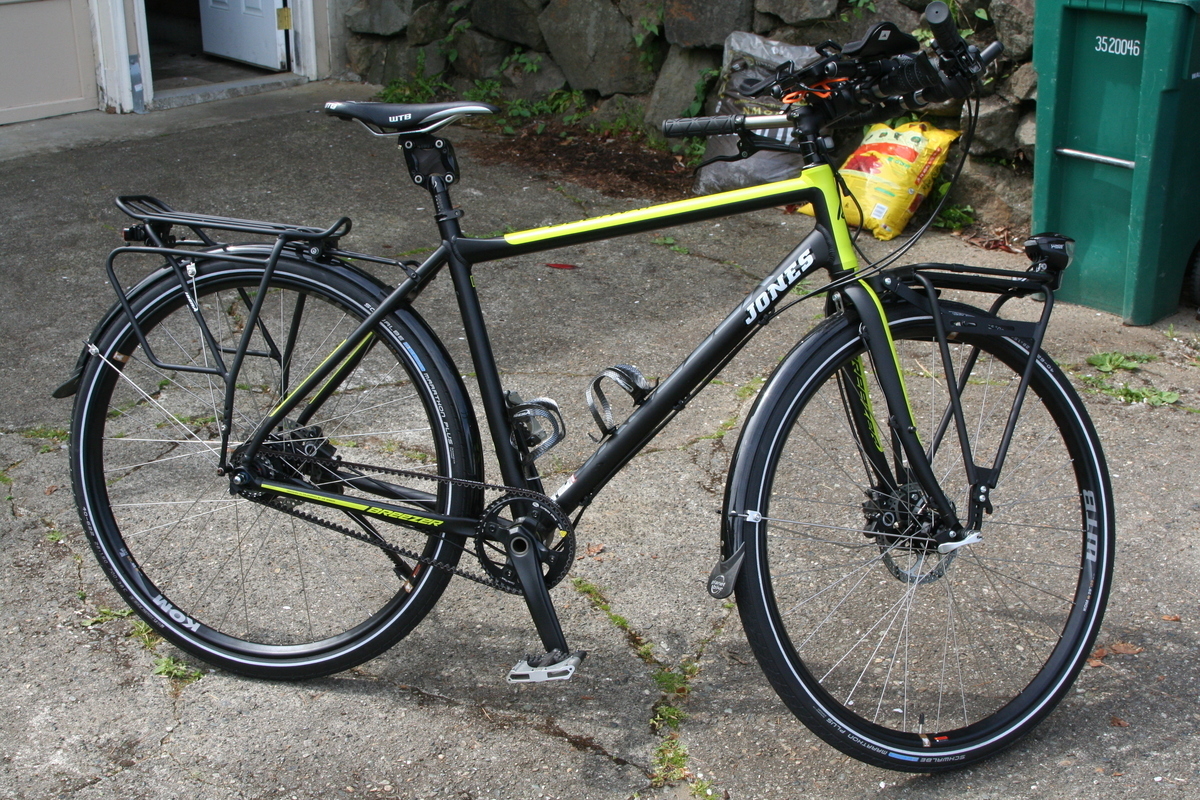 "Someone in Portland found the frame. The bike had been parted out. I told him to keep it..." 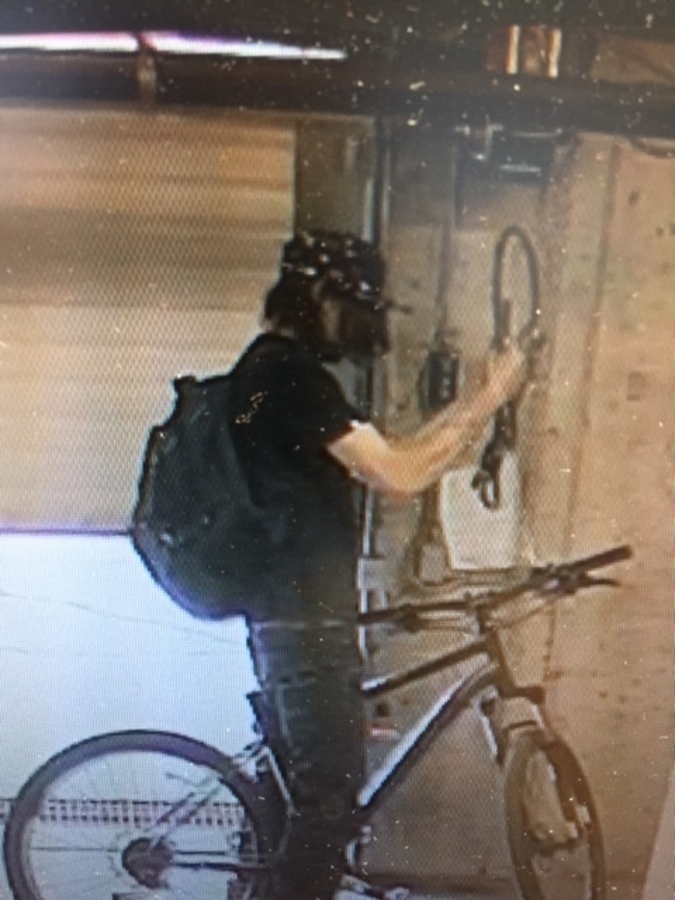 "Edmonton Police Service recovered it. It's in rough shape now. It has been used and abused. Sad as it was brand new when stolen. Hopefully it is repairable. I had many texts from people seeing similar bikes for sale and checking Bike Index though!" 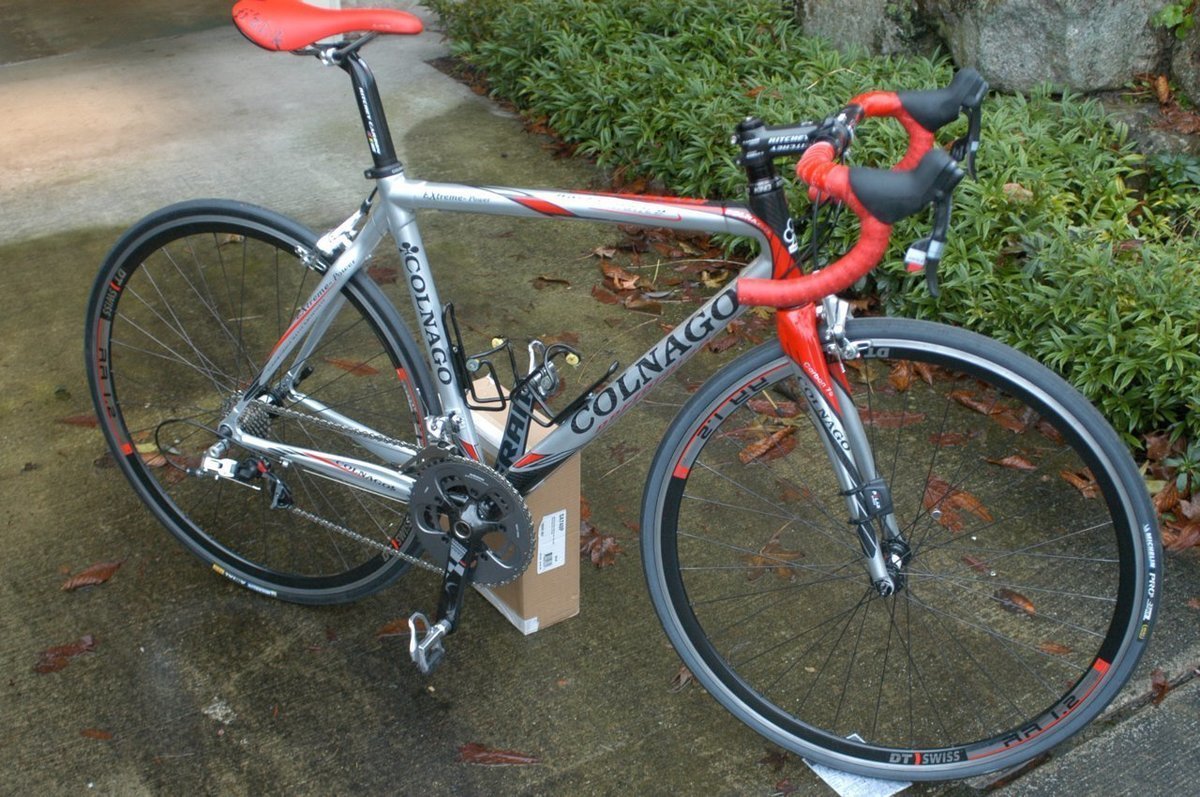 "Turned in at Metier in Seattle by good Samaritan whose bike was stolen from a car rack, and mine was left in it's place! Such a shame, but his bike was sacrificed for mine..." -- (Bike Index notes this is the second time we've helped recover this stolen Colnago. Santa needs to buy this owner a Kryptonite lock or two.) 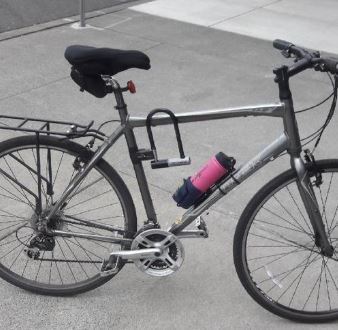 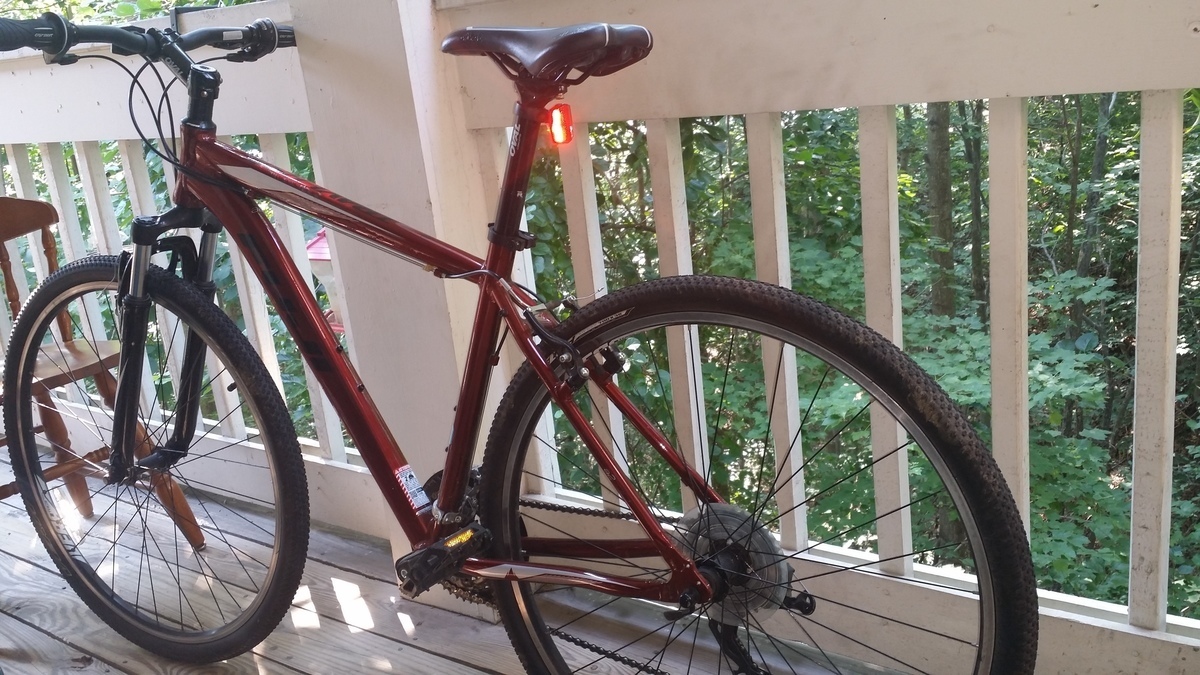 "Please call me back, I found your bike abandoned in my yard..." 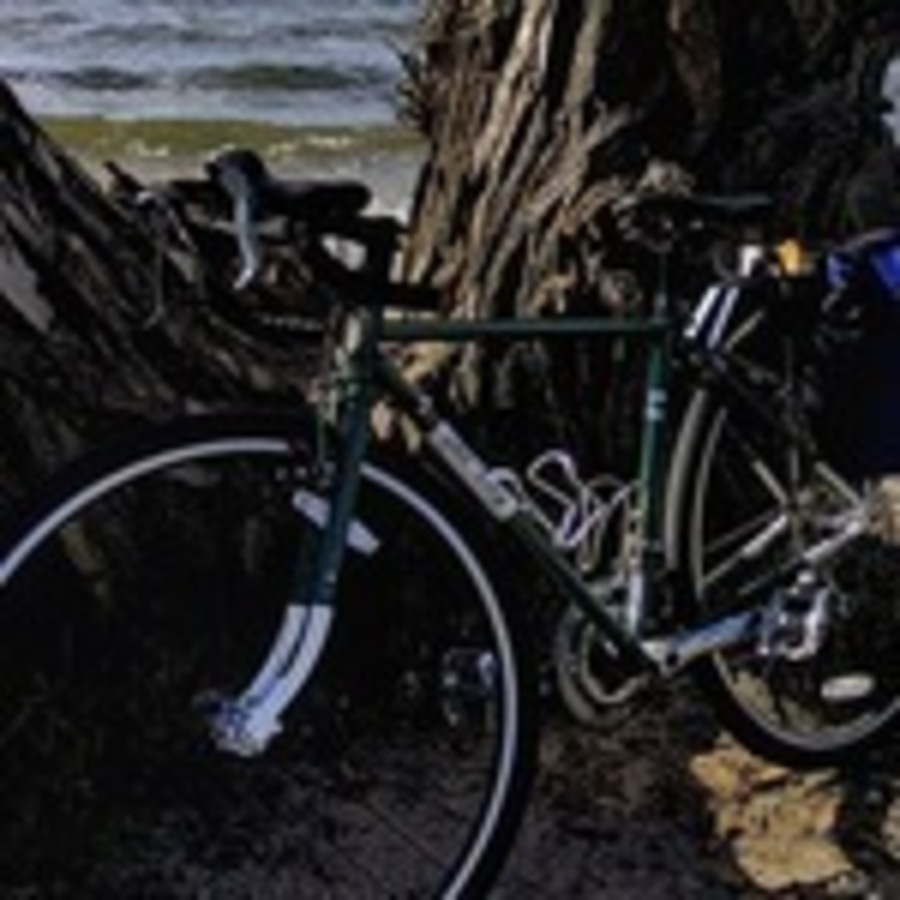 "Someone bought it, noticed it was stolen after searching the serial number through Google and finding this site, and returned it..." 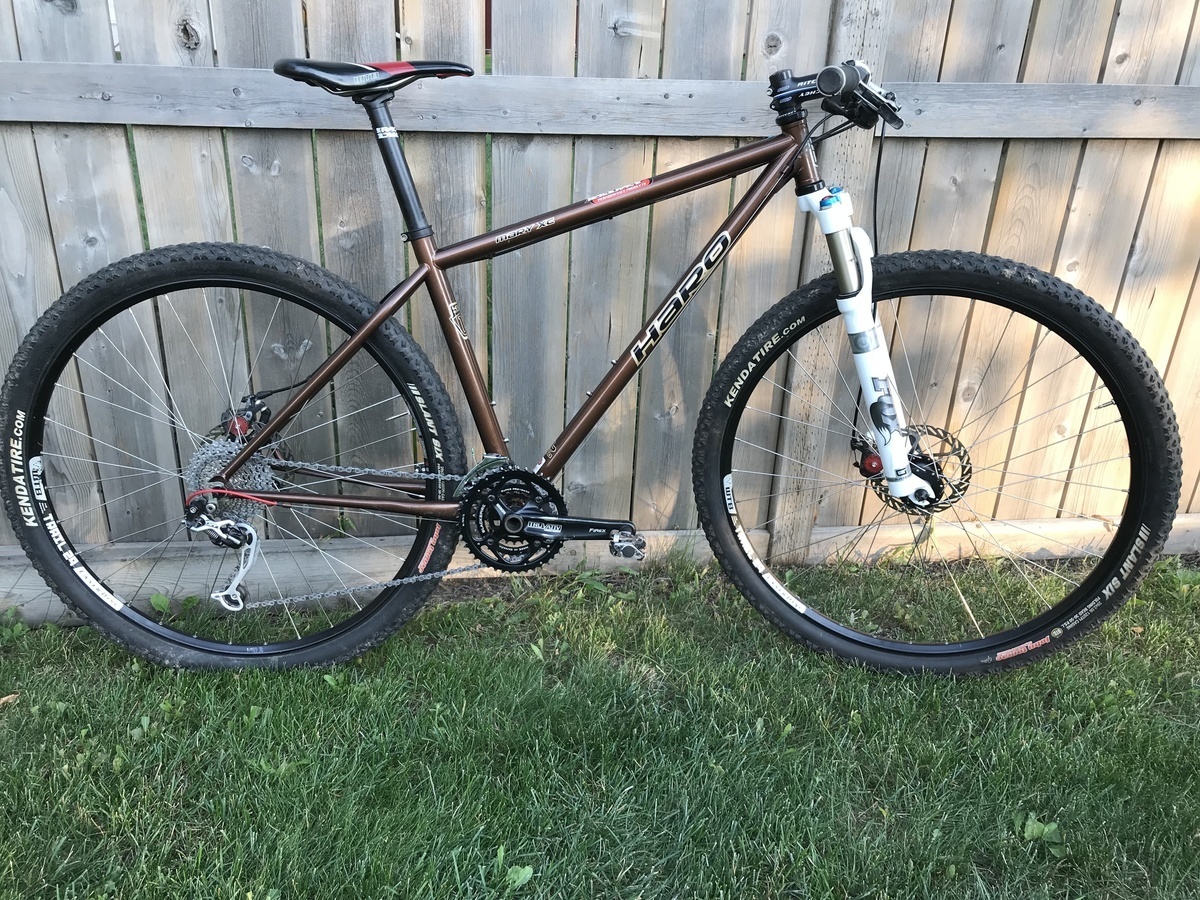 "Edmonton Police Service notified me of a suspect Kijiji ad. I arranged to meet and with the help of St Albert RCMP got the bike..." 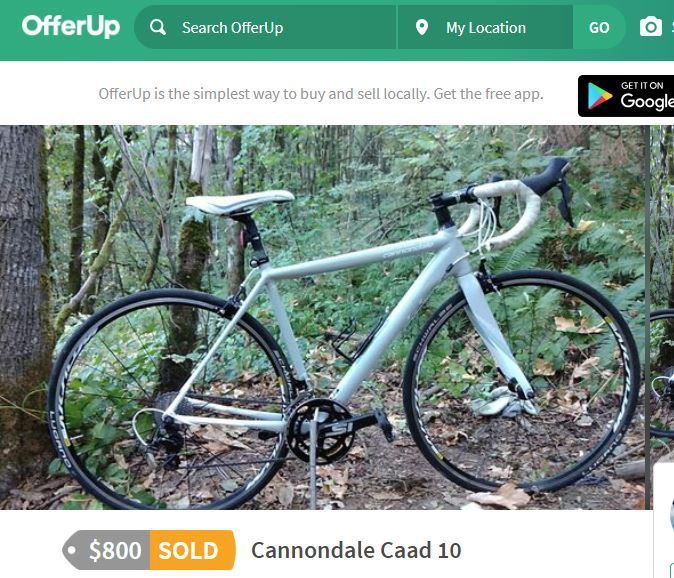 "Bike was recovered with some AMAZING help from the Portland Bike Theft Task Force - I was contacted about someone spotting my bike a few blocks away from my house, 2 days after the incident! Another report of the same person without the bike made it seem like things wouldn't work out .. but 1 week after the incident someone let me know the bike was listed on Offerup! I arranged to meet the seller, and contacted the police. With their help I was able to get the bike recovered. Two weeks later and I have learned a few valuable lessons, and will do my part to help get bikes back to their rightful owners.." (Bike Index notes that this seller's Offerup account is still active.) 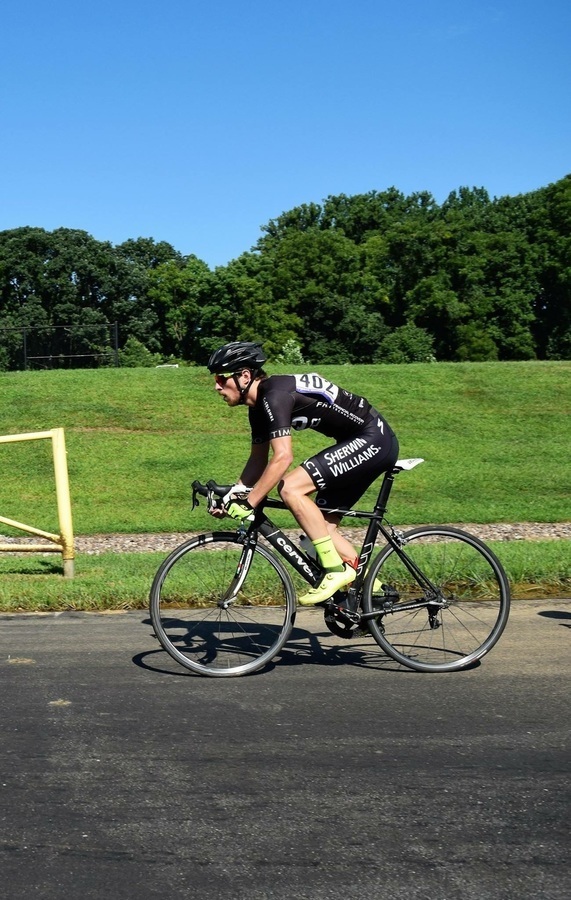 "Hello I was looking around and your bike is for sale on OfferUp right now. Looks like the same one. Even the red holder on the Seat tube ..." Later, another tip: "Please contact me - I have found your bike and the person is willing to turn it back over to you." And later, from the owner: "Hey Bryan. Thanks for your help. I was able to get the bike back today! Appreciate all you folks in this community out here. Didn't think I'd ever see this thing again. Met with the guys trying to sell it, they claimed they found it in Venice and wanted nothing to do with it after they were told it was stolen/already reported. I described it in detail to them and they handed it over. Went pretty smooth, which is really surprising to me still..." (Bike Index notes this seller's Offerup account is still active. ) 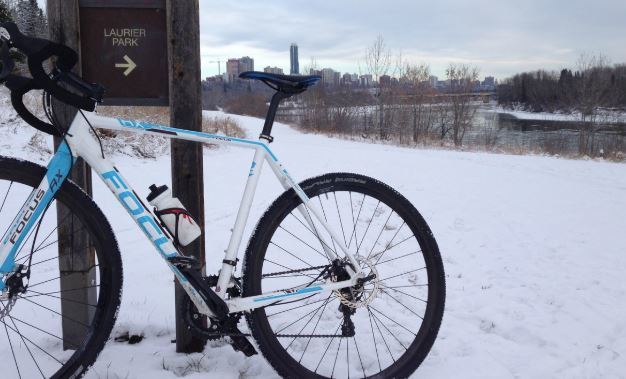 "Was this bike recovered a few weeks ago at the Hys Center? If so please update the registry to recovered. And congrats on getting your bike back after such a long time being MIA..." 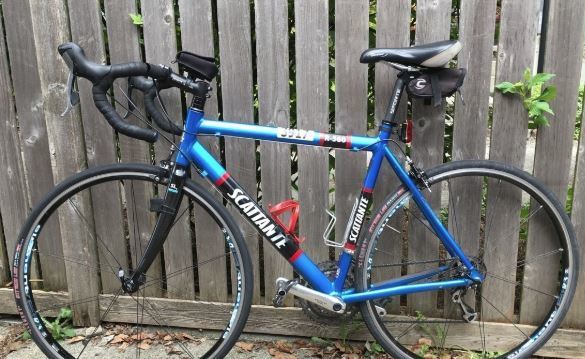 "Bike was recovered through Bike Index, Seattle PD and a considerate stranger ..." 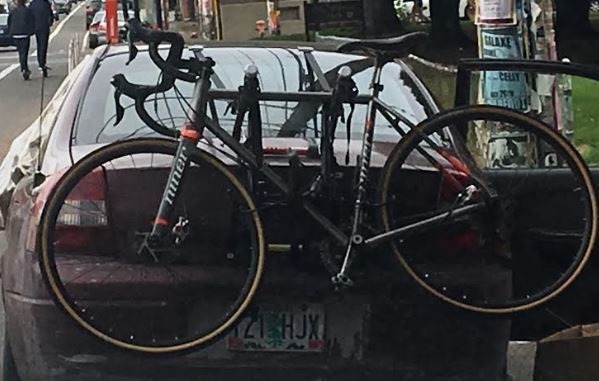 This sketchy encampment car with a fresh NINER on the back had been kicking around various crappy parts of inner SE PDX for a few weeks, and several people had emailed me about it. I eventually ran across this thing parked at Col Summers park, and email the BTTF officers about it ... who, as it turns out, were already way ahead of me, and had already seized it. The bike had been stolen in August and BTTF located the victim. ( Nice one! If the victim had registered with us it would have expedited things but, hey, all's well that ends well. )

"The thief was found and arrested! I received one tip through this page and another through Craigslist which ultimately led to the bike's return :) The thief contacted a guy who sells used bikes and has bought from him in the past. The potential buyer found my Craigslist ad saying it was stolen and contacted the police. Set up a fake buy with the police there. Got back 2 very expensive mountain bikes that had been stolen last night as well... Turns out this guy and his wife have been stealing and selling bikes and other items for a while in this area. They are now in jail with 3 felony counts each for theft. Great to have them off the streets for now. (Later) Just talked to the owner of the other 2 bikes recovered: One was a $5,200 carbon mountain bike so hopefully they get charged with the next level of felony for that one since it's over 5k. That would be mandatory jail time." 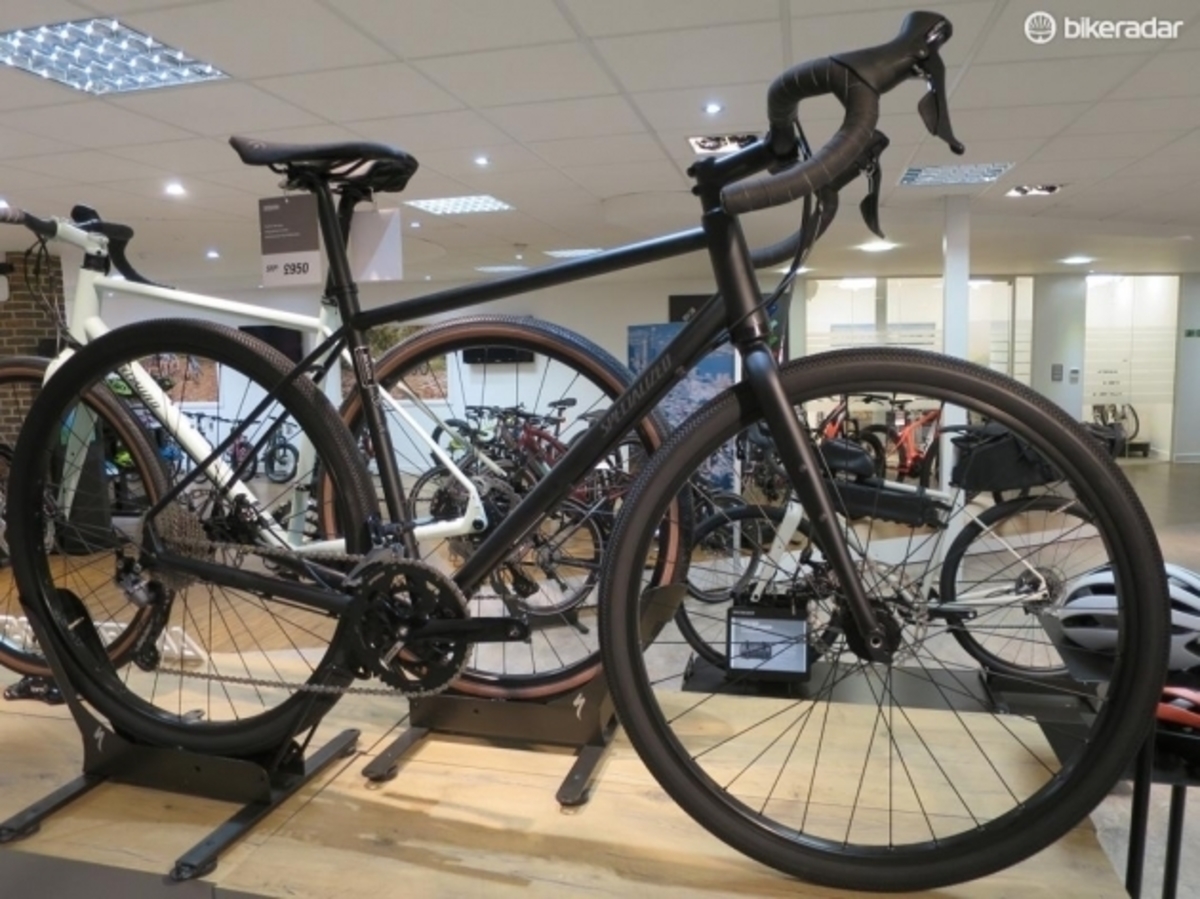 "Hello! My name is (redacted) An hour ago, I was walking out of Slow Bar after some after-work drinks, and some sketch ball tried to sell me your bike for $100 (obviously stolen). I was going to just lock it and tell him to eat rocks, but I ended up buying it for $60 to avoid confrontation. So... I HAVE YOUR BIKE!!! Serial Number matches, and its in good shape. Your bike is in a safe and secure spot ..."

"We have your bike at Back Alley Bike Repair in Seattle, a guy walked in and said he found it a block away and left it with us..."

"Hello, I am with the Edmonton Police Service. I have recovered your bike and want you to contact me ... " 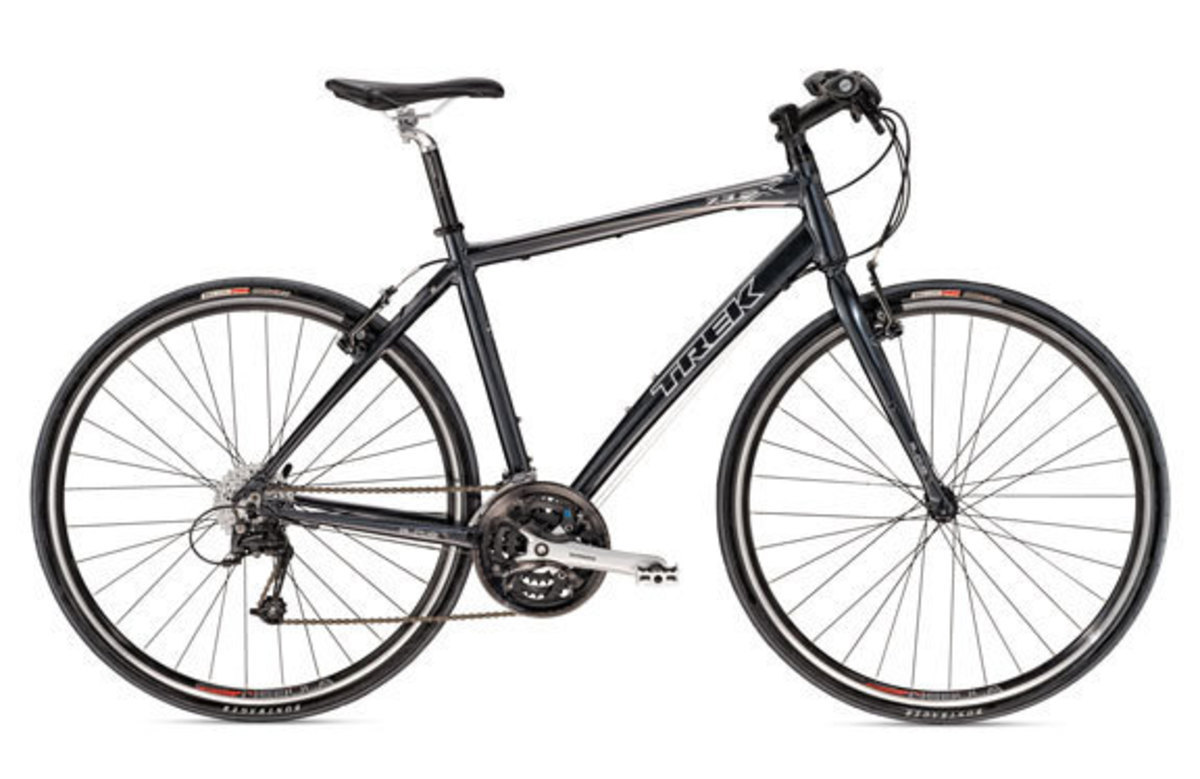 "Library security guard thought bike might be stolen and looked up serial number on Bike Index!" (Editor's note: we send a special thanks to this guard, who had now ID'd multiple stolen bikes) 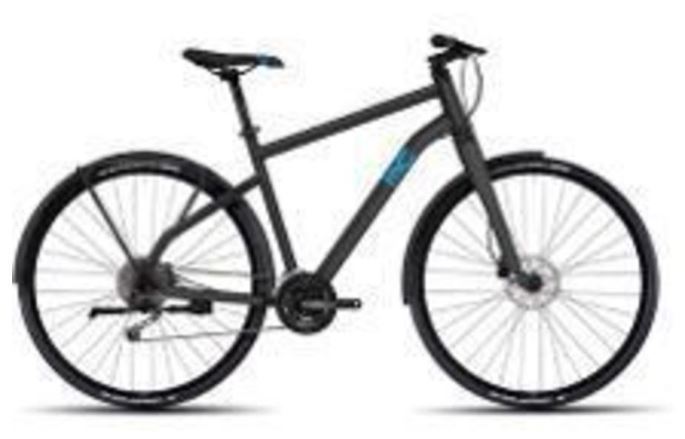 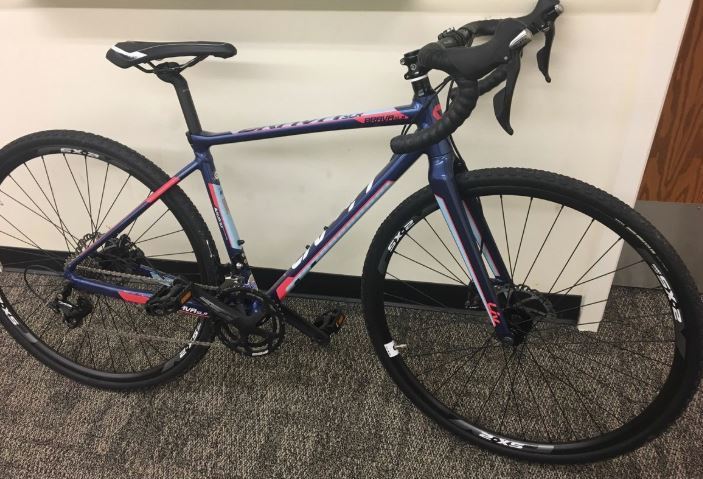 "Really nice person who bought it off Facebook marketplace noticed some odd things and ran the bike serial number through Bike Index and saw that it was stolen. He turned it in to the police..." (Ed note: we'd like to remind everybody we wrote a guide called "How not to buy a stolen bike online" that would have helpded prevent this ...) 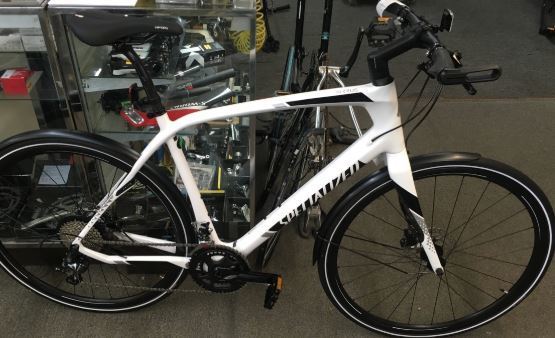 "Santa Monica Police Department caught the guy!! He is in jail now for 60 days, and a 3-year probation extension. The bike was partially stripped but looking into tuning it up and selling it, or selling the parts/frame, or just keeping it as second bike..."

"Someone found it for sale on the internet ... (no other details provided)" 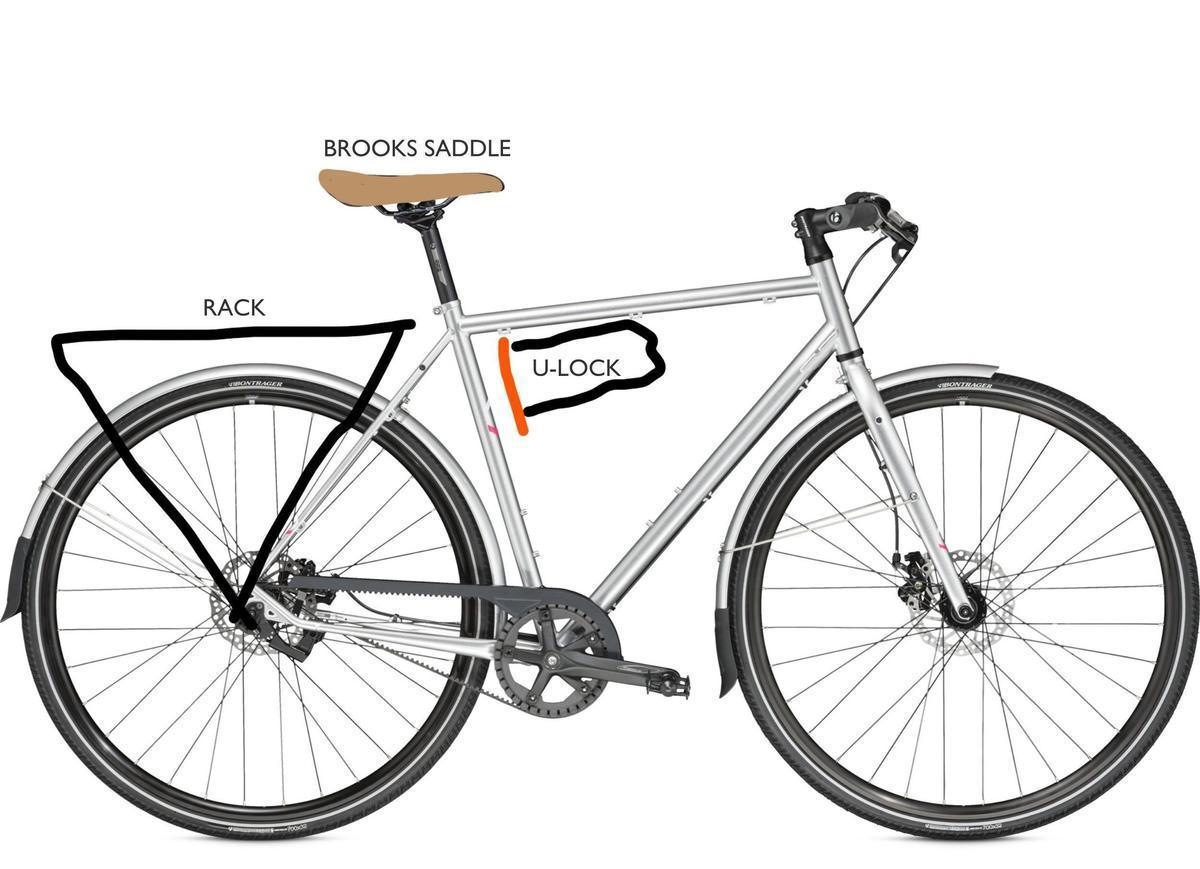 "The person who bought the stolen bicycle searched online and my stolen bicycle listing on Bike Index came up in the search results. This person contacted Bike Index who forwarded on the message and contact info to me and we arranged to meet. This person was so kind as to return the bicycle to me at home. Thank you honest and good people in our community. BOO! to bicycle thieves. "

"Please contact the Seattle PD and inform them the bike is currently at Westside Bicycle ..." 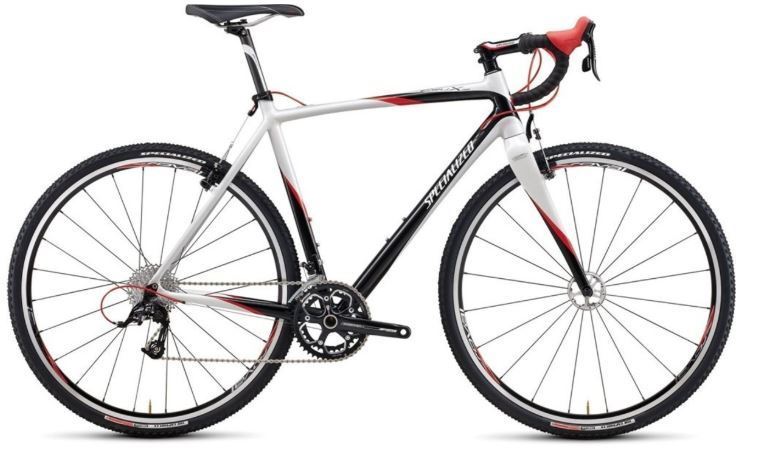 "Just left you a VM I have recovered your bike!" (Bike Index extends a thanks to this CCSO officer, who is legendary for recovering bikes... )

"A Good Samaritan saw a guy with my bike (and it didn’t belong)... so while the folks at the Lutz Tavern were stalling the bike theif guy.... the Good Samaritan looked up my bike on Bike Index and saw it was stolen. He called me and we came to the seen right away (we were minutes away) and got my bike back! We also were able to follow the thief and the Police now have him in custody... he had a warrant out for his arrest. Thanks community and Bike Index!!!! So very happy to have my beloved bike back" 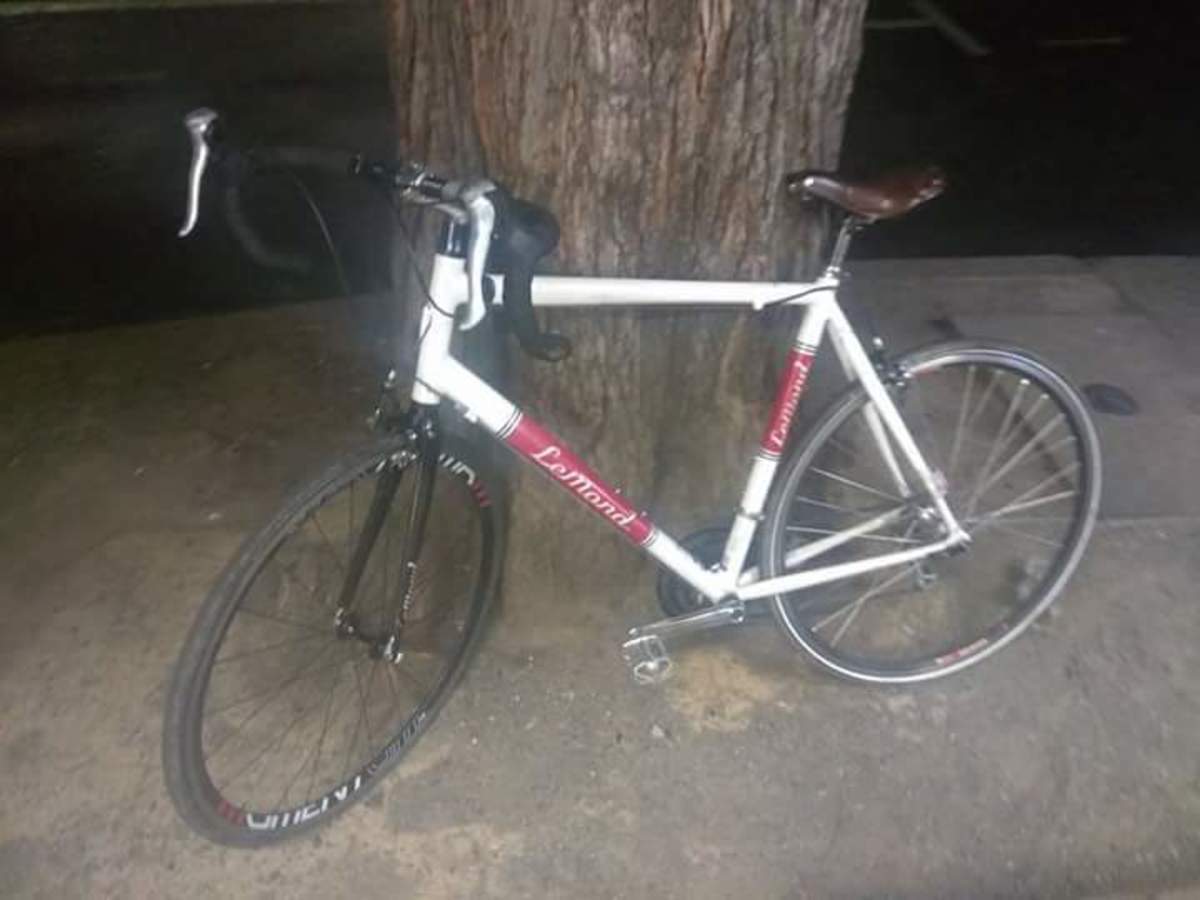 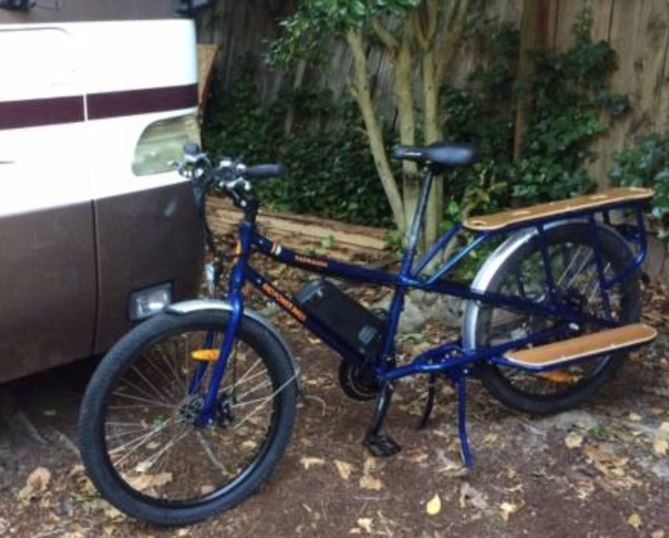 "Somebody came to the park asking for a reward. There was not a reward, but we gave him $40 for gas. The bike was recovered in pieces. Looked like somebody tried to strip the electronics system off of it. I thought I had updated this site, but obviously not. Three months later, somebody contacted me from Seattle about a similar bike (so I am updating here) Your site rocks. Your members rock." 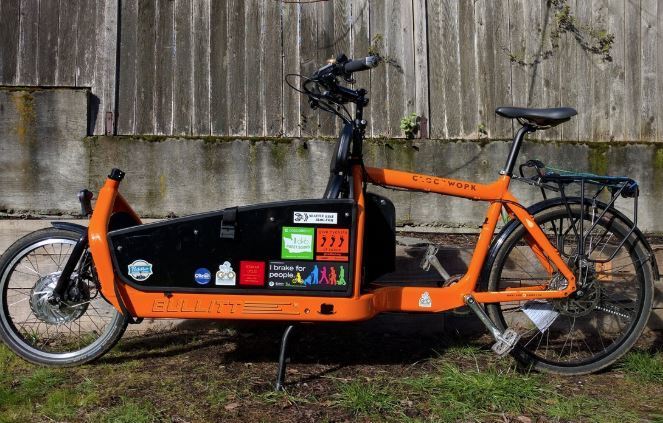 "An employee at Back Alley Bikes recognized it from the Bike Index listing and put a lock on it, and contacted me to pick it up... " 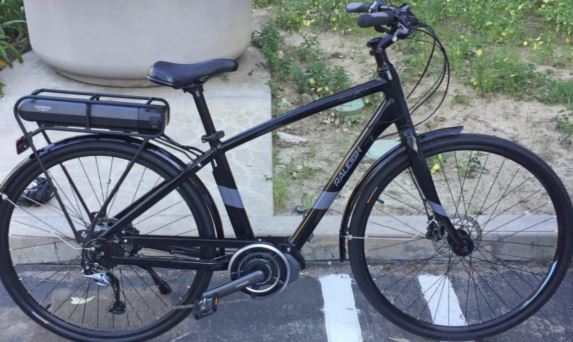 Police Called like a month ago saying they have recovered something that matches the description my by Bike Index profile .. (it was a match)" 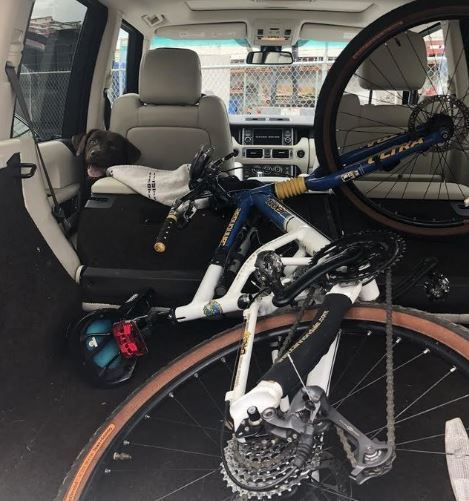 "Someone bought it from the thief and soon after his friend saw my post on Stolen Bike Nola and contacted me..."

And that's it for September! To be honest, that was a crazy amount of bikes turning up for this late in the year, and it kept us pretty busy.

Don't stop now, though - perhaps you want to read our October's recoveries too?