We're so, so close to closing this year out here … so let's get to it:

Before we get started: Recall that Bike Index is a 501(c)(3) non profit. We love catching thieves and finding stolen bikes - but we could always use a little help. Especially towards the end of the year! 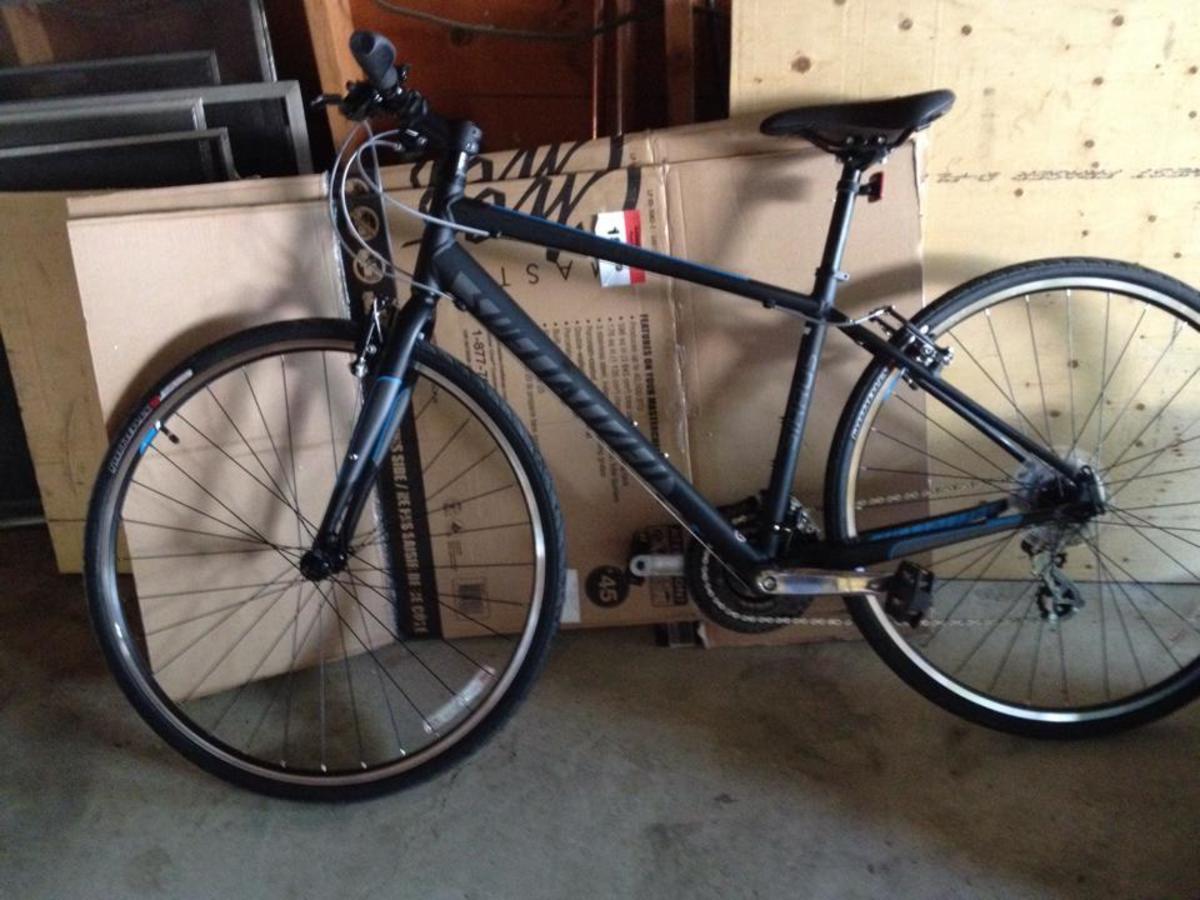 "Edmonton Police Service found the bike somehow - called me to let me know. None of the other bikes stolen alongside were found ..." 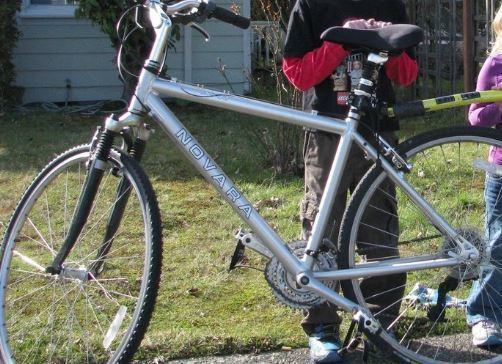 "A good citizen found the bike, and then looked it up on BikeIndex!" 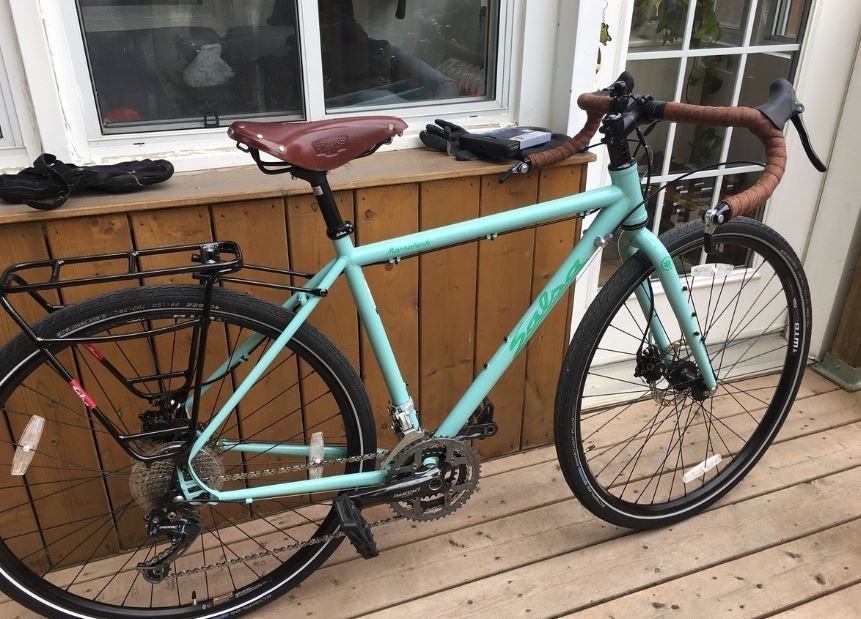 Editor's note: Technically this is not a Bike Index recovery but I wanted to highlight it because it's one of the rare "bluetooth tracker" recoveries we've seen. These are few and far between - mostly because most Bluetooth tracker companies wildly overstate how many users they have 'in the wild' have their phones set to look for and track other bluetooth beacons - but in this case, it worked: "Tile tracking device attached to bike alerted me to its location. Went to location reported by the Tile. Sighted the bike beside an individual sleeping in a doorway. Called Portland, OR police. Police arrived and retrieved the bike from the individual and returned it to me after verifying its serial number was the same serial number in the police report. In Portland there are thousands of Tile subscribers, improving probability of detection. But I’m fortunate for recovery with Tile as there are many situations that could have prevented it... " 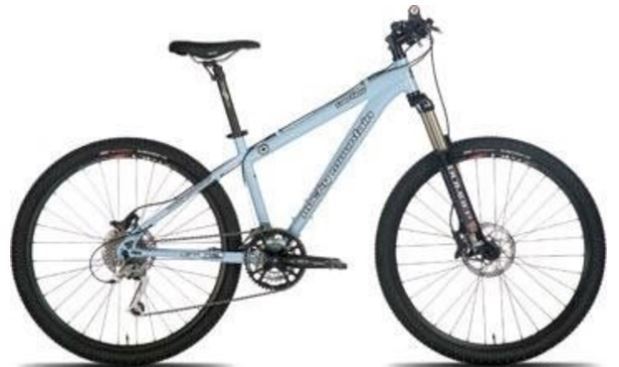 My bike was being ridden through the Stadium LRT pedway (a bylaw violation) during the football game. Edmonton Police Service saw a tall guy on my wee little bike and asked him about it. He said it was his sister’s and she had bought it off of Letgo. The Constable asked to run the serial number and it was a hit on Bike Index and the police database. 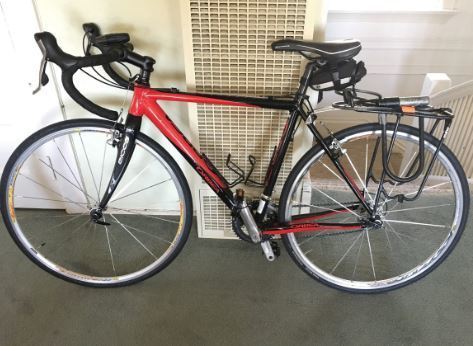 "Someone bought the bike on the street and checked Bike Index and saw that it was stolen. They contacted me through the site, and then I met up with the person to retrieve it. Bike Index contacted me and were extremely helpful. I will be forever grateful to this amazing organization..." 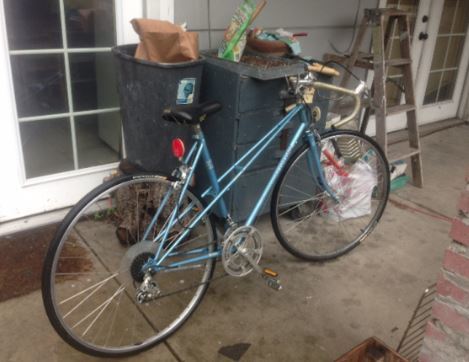 "My bike was found yesterday MILES away from where it was stolen! An angel was checking the bikes out at an Eco Thrift and spotted it hanging from their shelves. Before the individual considered purchasing the bike, they checked to see if it was on the Bike Index site. They wanted to be sure they were not purchasing a stolen bike. Thankfully, I had listed it on the site the day it was taken from my backyard nearly three months ago. They saw my listing and emailed me. I picked it up this morning. It needs some repair, but seems to be in alright shape. I never thought I’d see that bike again! Incredibly thankful."

"Hello, we found your bike (frame only) in a storage unit we won at auction. Would you like to pick it up?" 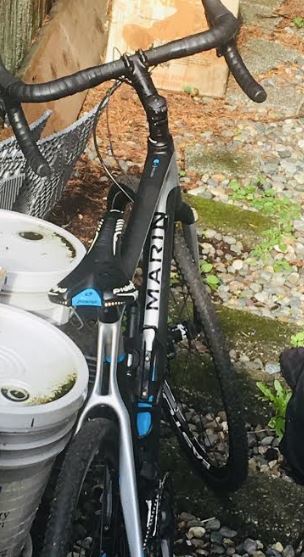 Editor's note: A Seattle Police detective emailed us to see if we could quickly ID a bike he ran across in the course of his day and, of course, we did so - and pretty quickly, since the owner had registered with us and provided great photographs. Thanks to SB as always! Great to see these recoveries come together. "I received a email from someone with Bike Index in the morning with a photo of my bike in someones back yard - once I confirmed it was mine the police (already on site) checked the serial number and returned my bike. From the first email to the time I was given my bike back was about four hours ... " 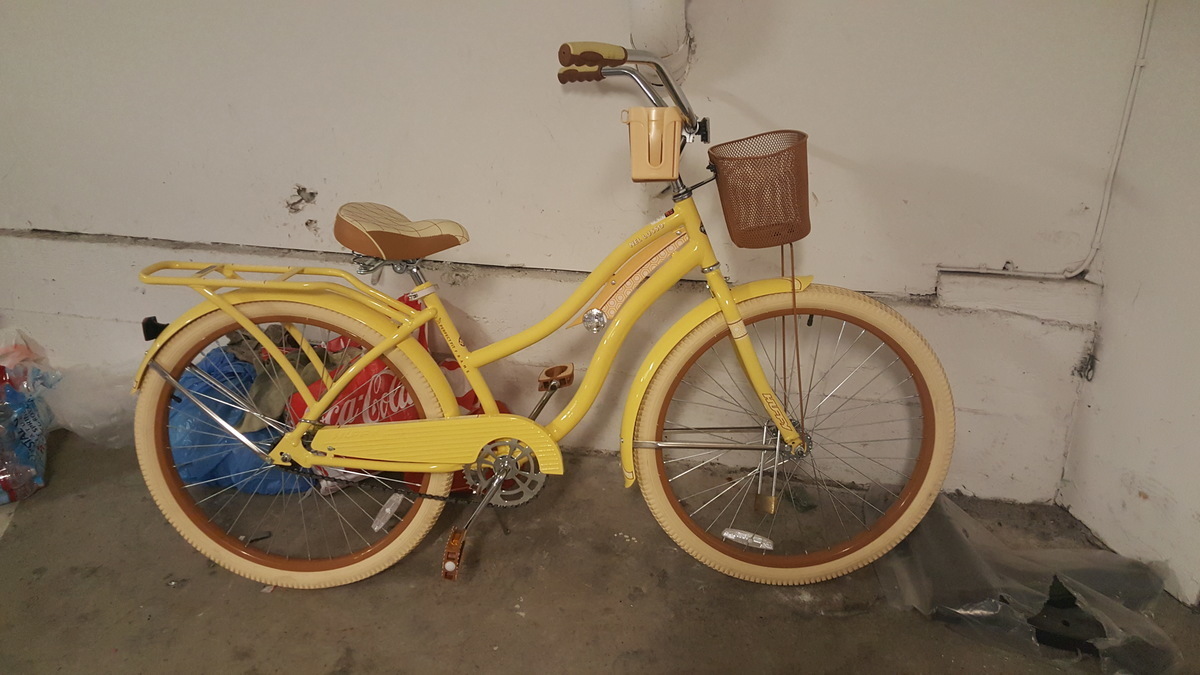 Editor's note: An SF city worker spotted this bike, reached out to the owner via Bike Index, and then the owner was able to set up assistance and get it back. Sure helped that it's a unique looking bike! "Your bike has been seen by SFPD on San Bruno between Mariposa and 17th Streets at an encampment. Do not approach, contact SFPD to assist in recovery" Later: "I approached the person handling my bike and SFPD assisted in returning it..."

"It was found around the corner stashed in a vacant lot behind some bushes. A neighbor saw post on Nextdoor and returned it..." 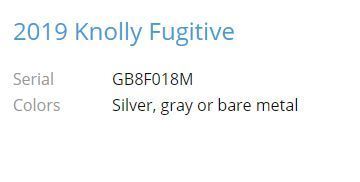 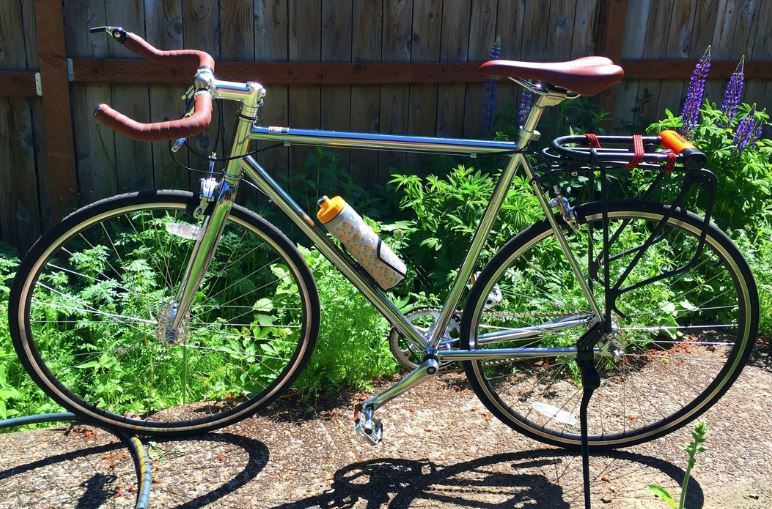 " Hey my mechanic just chased down your bike from our shop (The Outer Rim) to Auto Zone on 122nd. The guy bolted with it when we checked it. Cops are on the way.... crossing our fingers ... " 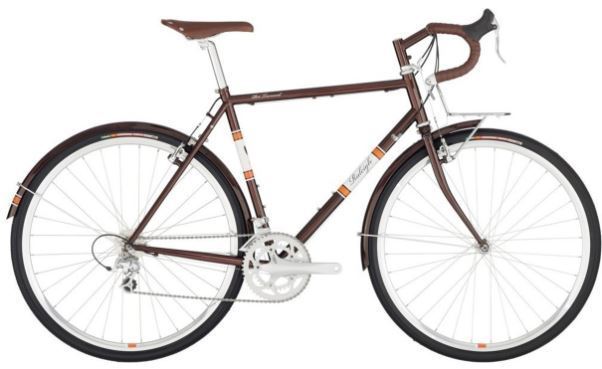 "Neighbor found the bike abandoned in a park, looked up the owner on Google & Twitter!" 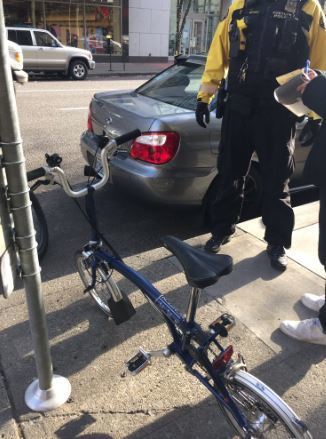 This Brompton was stolen in 2014, but was spotted in Nov 2018 by the good folks at Clever Cycles and routed our way. The Portland Police bike theft task force officers managed to get it back, and tweeted about it: "@clevercycles @stolenbikereg Awesome teamwork today by community members brought this 2014 stolen @BromptonBicycle home! We love to see this collaboration! Remember: If your bike is registered, there’s always hope of getting it back!!! @BikeIndex" 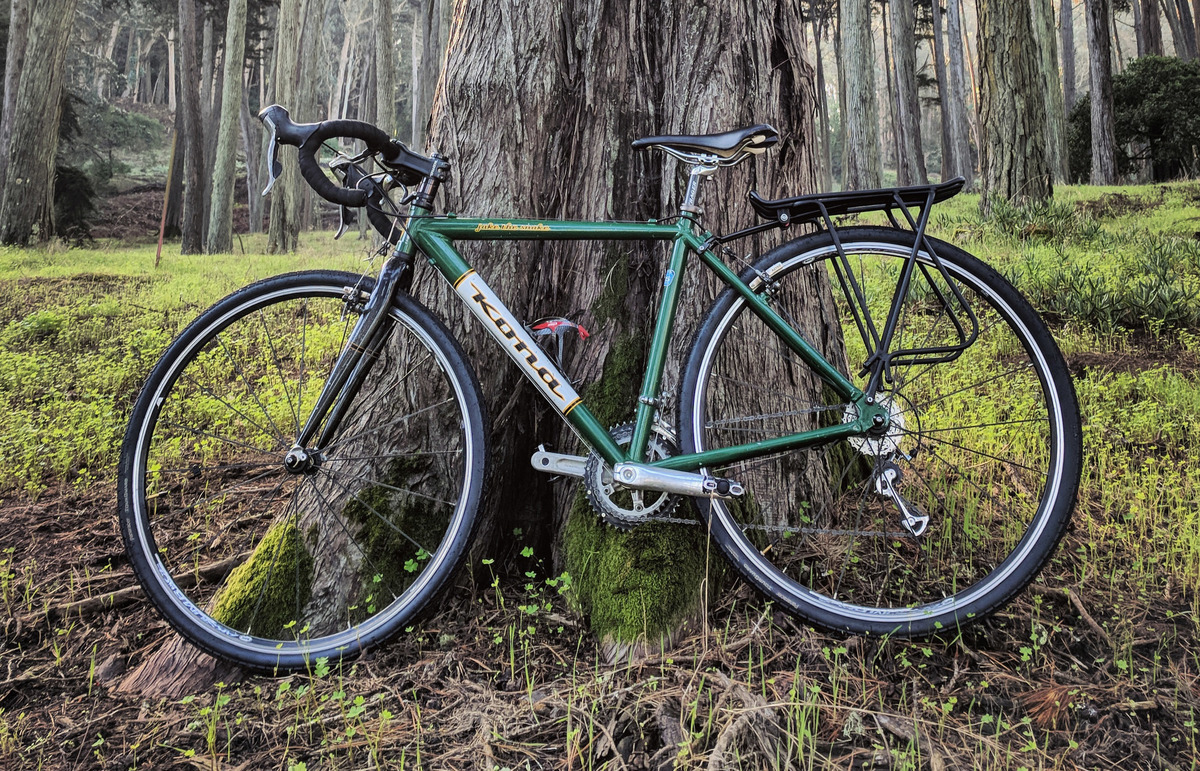 Recovery via friends at SFGOV.org: "Was contacted by two separate good Samaritans who had seen my bike details on this site and Twitter, and then seen the bicycle in the wild. One of them called non-emergency police and an arrest was made. I picked up the bicycle from the SFPD stolen property division some time later. Thanks! " 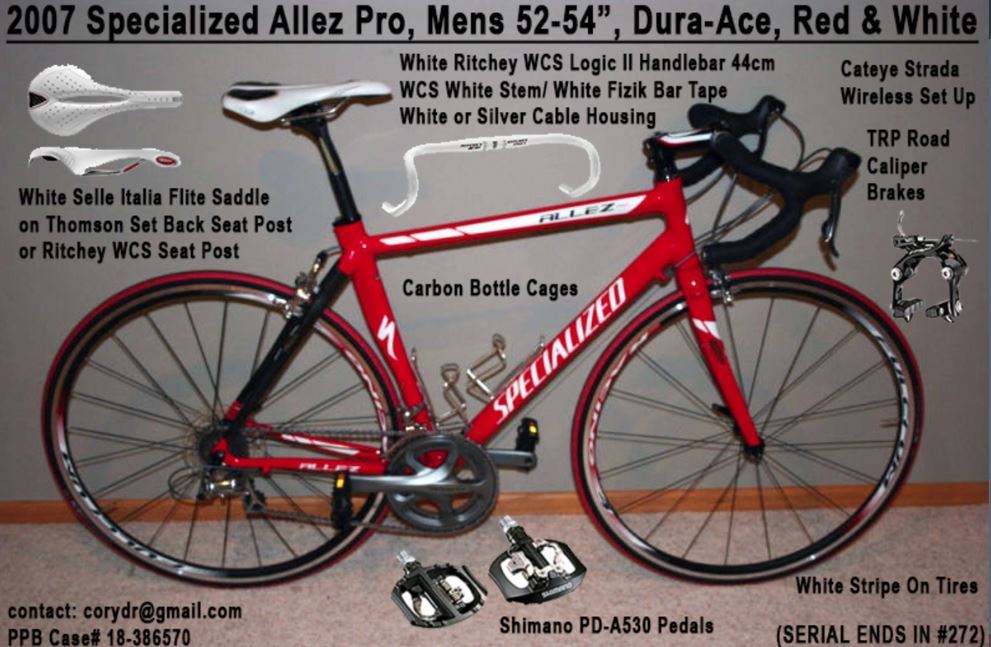 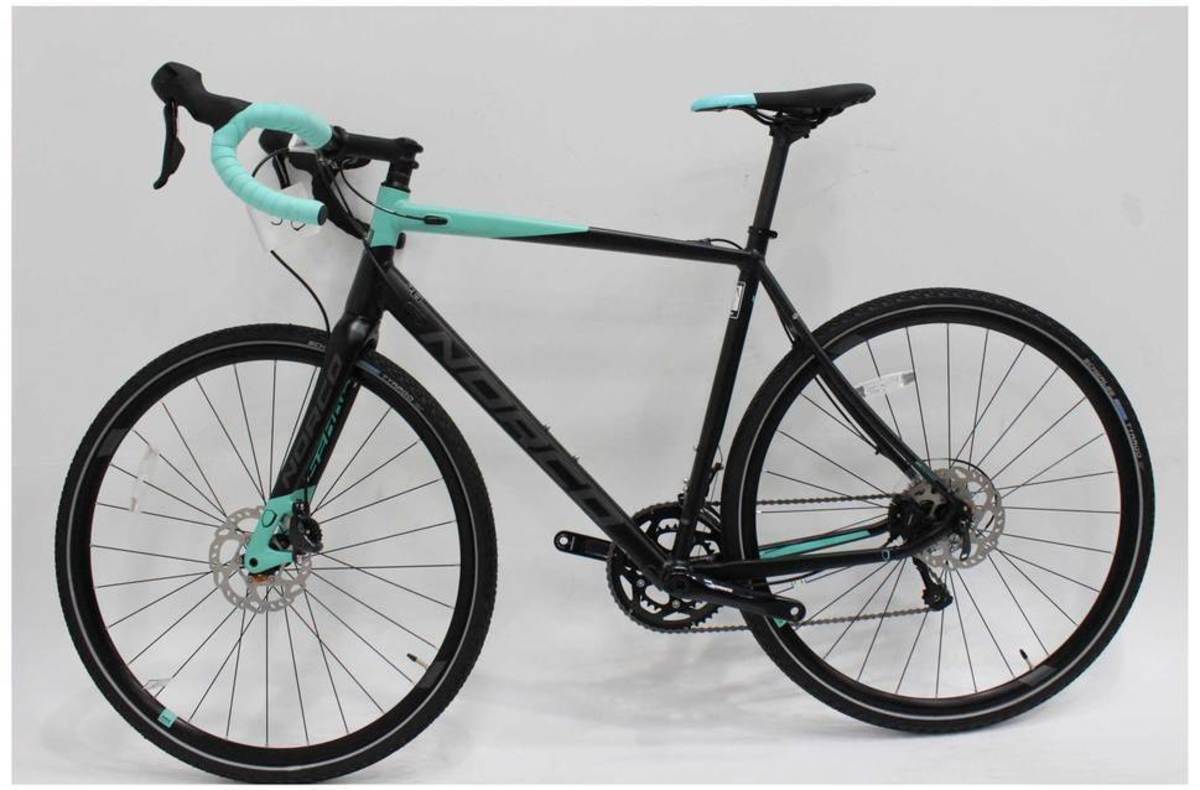 " Edmonton Police Service Recovered Bike. Picked up on November 20, 2018. Big thanks to everyone who helped! " 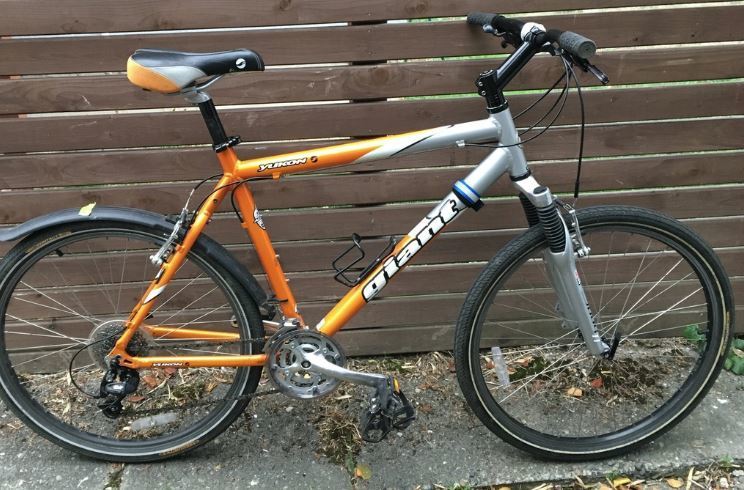 "After 16 months, someone saw it laying on the side of the road. They Googled the serial number and the police report came up. Be sure to file a police report!" 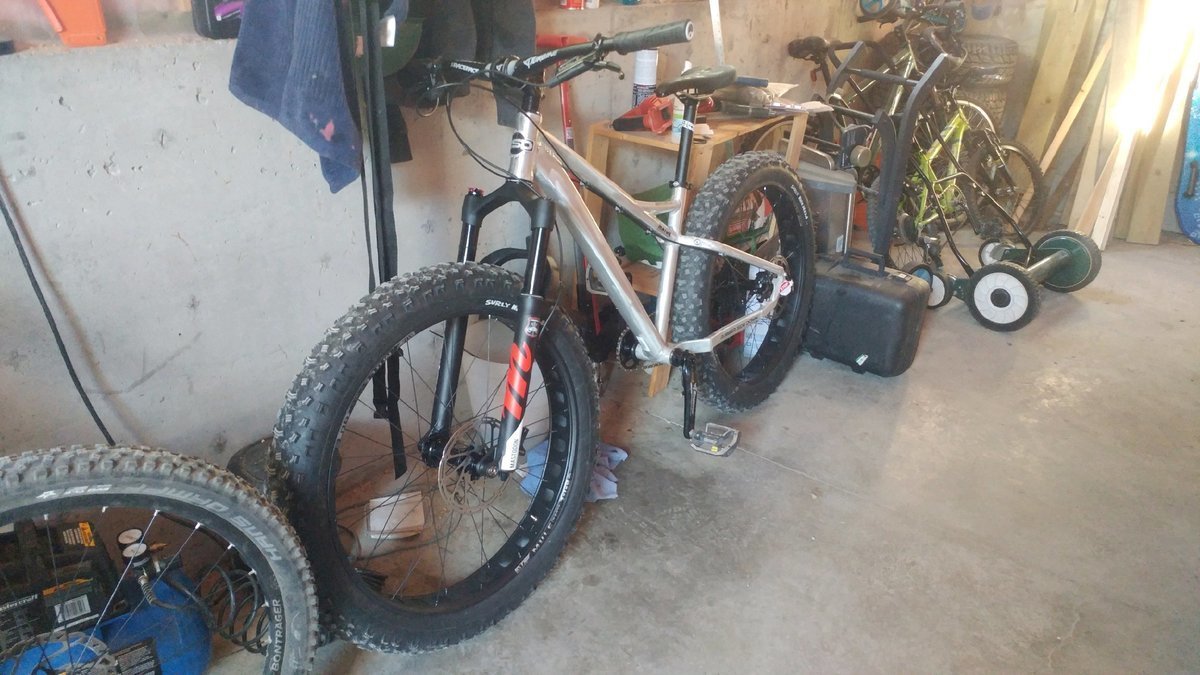 " A member of the stolen bike Facebook group in Calgary seen it posted on Letgo and remembered that I had posted a link to this page. I got the police involved and got the bike back the next day. " 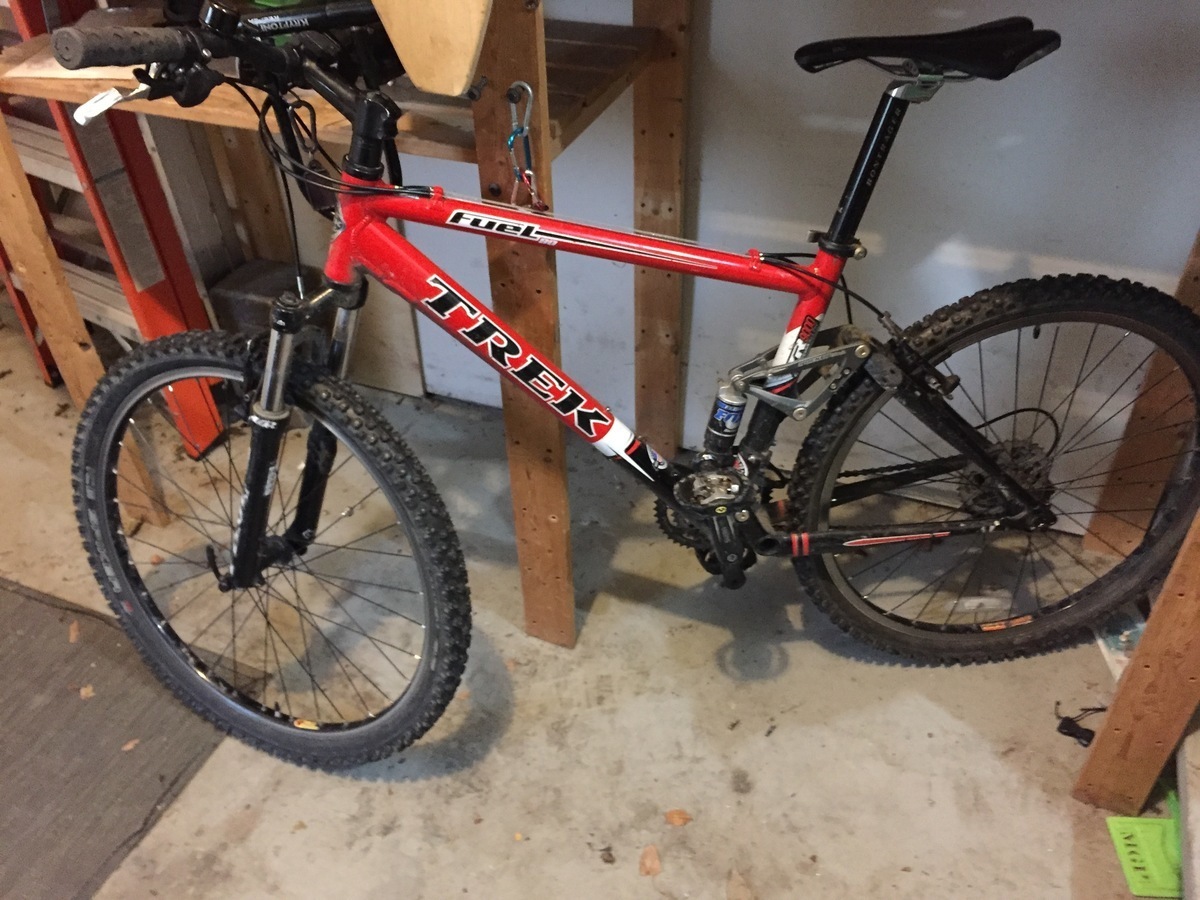 " The bike was left in a yard kilometers away. Owner called The Park Allen community volunteer who deals with bike theft who looked it up on Bike Index and called us up. We drove over and picked up the bike in good shape! Thanks!" 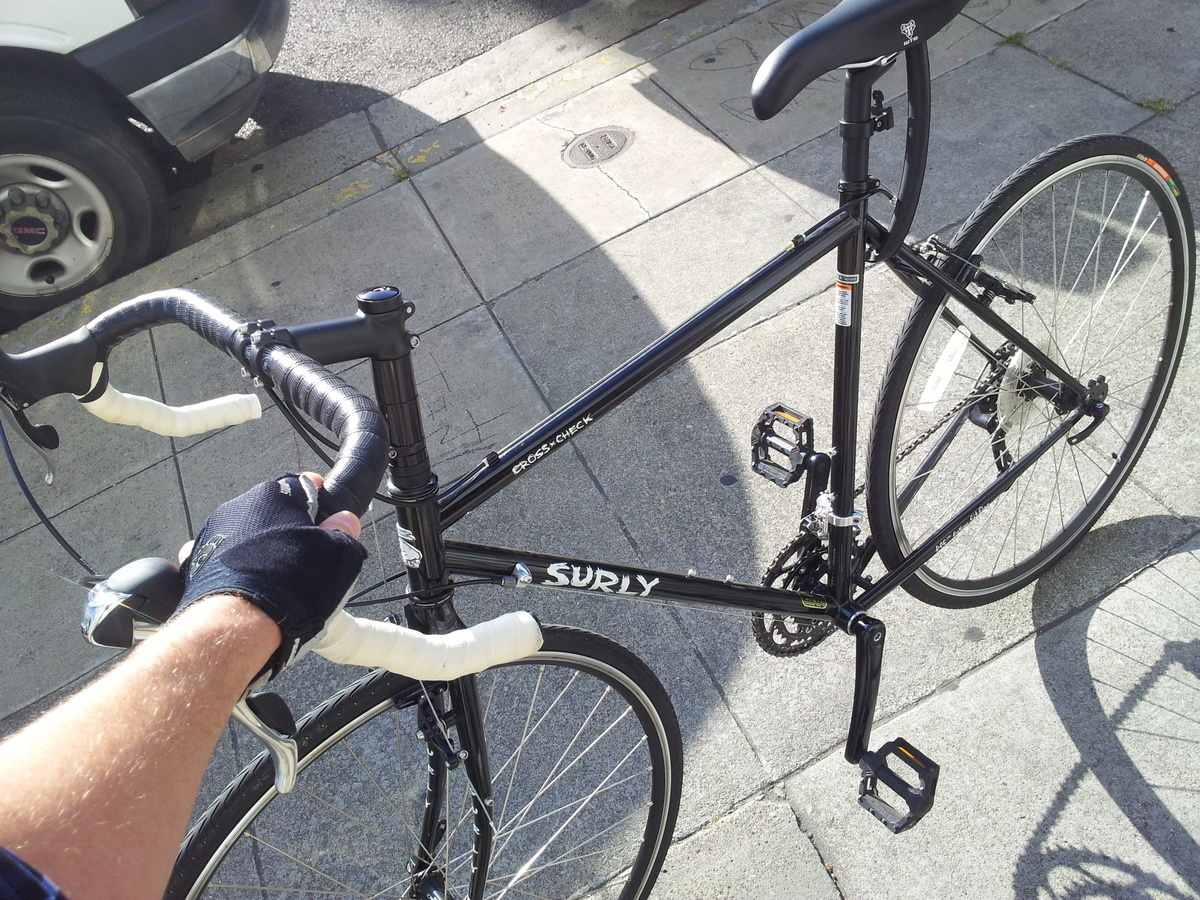 " Hi, I purchased a surly on Craigslist which I believe is yours. The man who sold it to me knew some details about the bike that made me think he had owned it for awhile, but the $150 price seemed pretty low. I ran the serial at time of purchase and nothing came up, but decided to continue to follow up and sure enough I found your posting..." 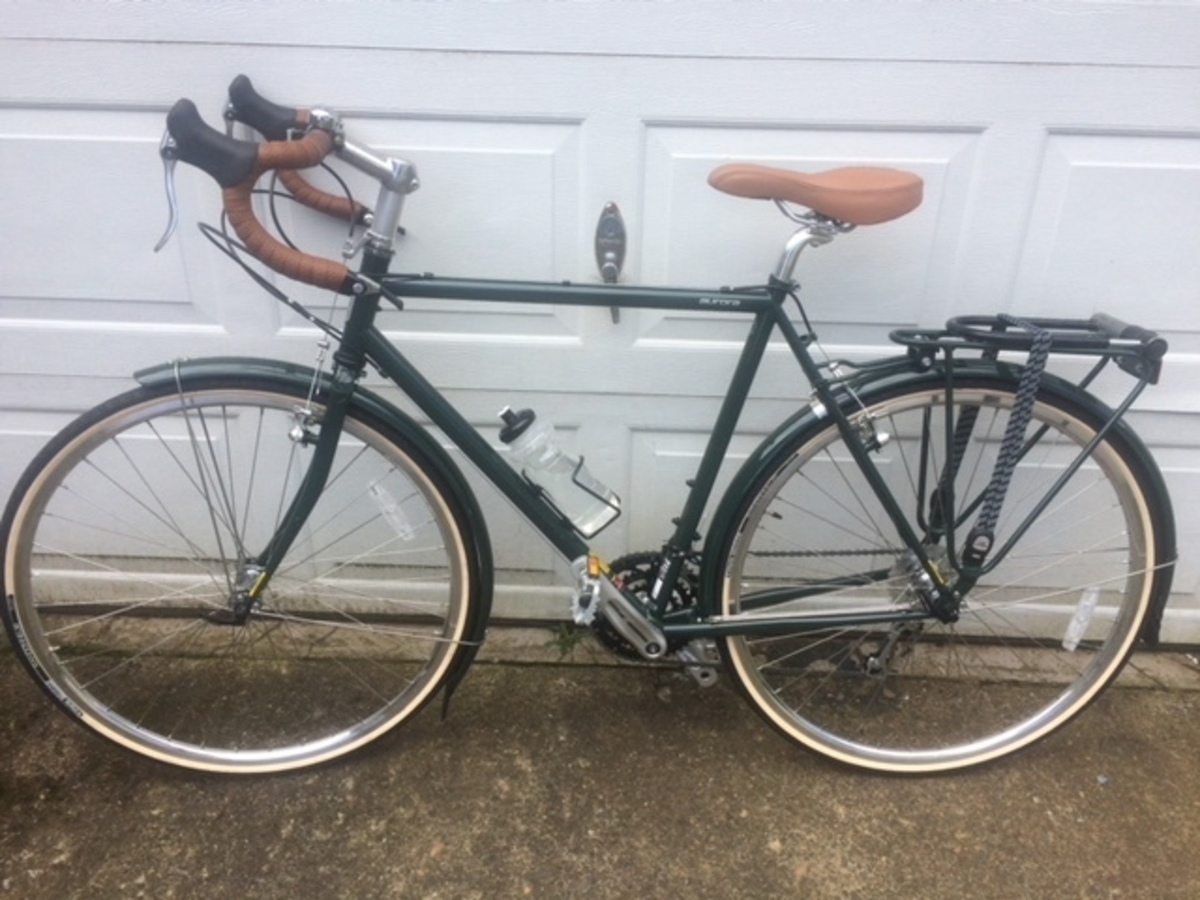 "Hello, I work for the Portland Police in the Evidence Division. We have found your bicycle. Please email me back with your information" Later, from the owner: "It sounds like the bike thief "upgraded" to another bike and left mine in it's place." 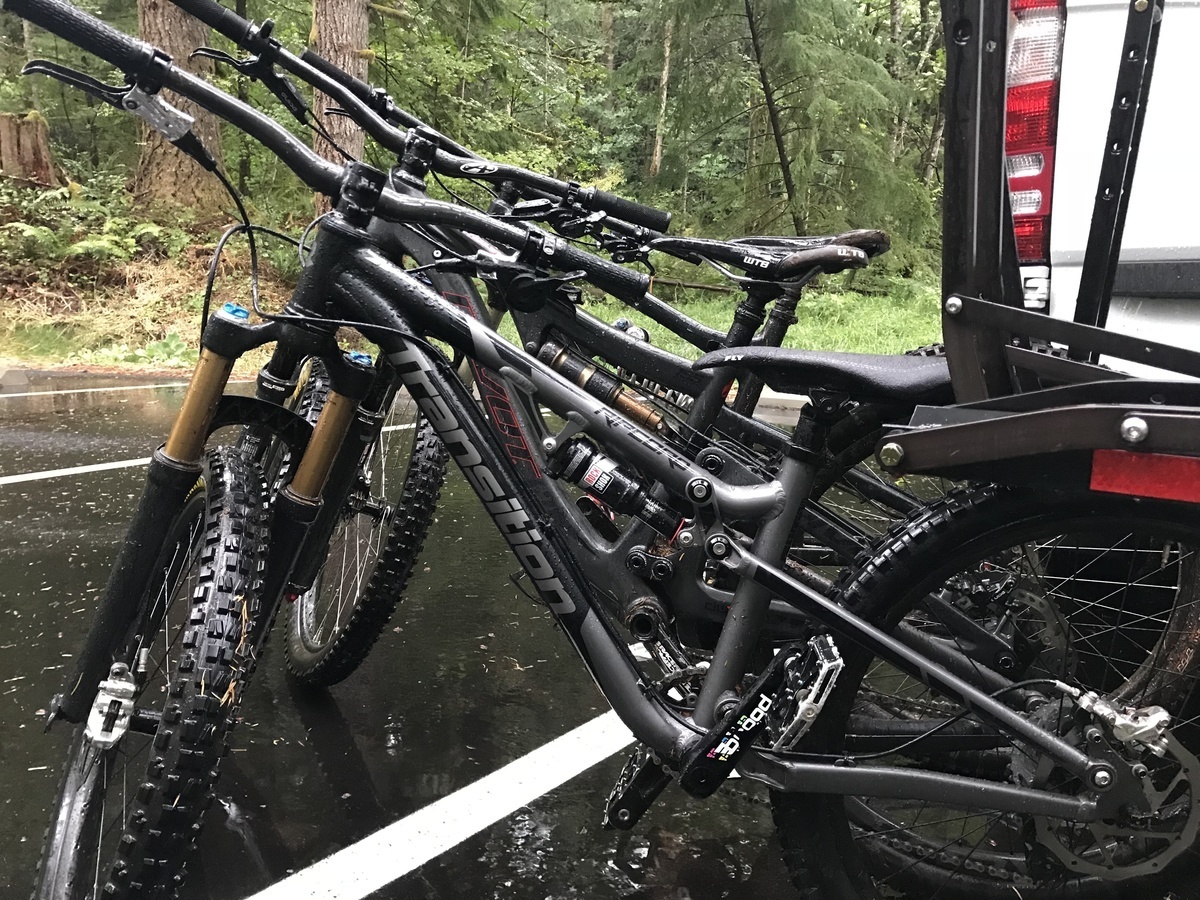 This stolen kid’s sized Transition was stolen, then spotted several times kicking around various grungy parts of Seattle before SPD eventually seized it "in a camp under I-5/NE 40 St."

This slick stolen SEVEN has been missing for eight years (!) before it popped up - on Offerup. We (Bike Index) didn't believe it at first but then the serial was confirmed. Quite the find! Special thanks to the SPD Det. who stepped in here re: this bike. " I found your Seven. A guy in Bremerton has it, is trying to sell it to me for $1K. He wants to meet me today after I get off of work. I asked for the Serial #, he confirmed it" Later: "Your bicycle has been recovered and was dropped off to Bremerton Police Department. I have included the officer who took the found property report, maybe he can provide instructions to pick it up." Later:" It was still clean, perfectly matched the description on the index. The good people in the world outnumber the bad by a large margin, we've just got to stick together. Thank you for the wonderful database that made it possible (and simple) to resolve." 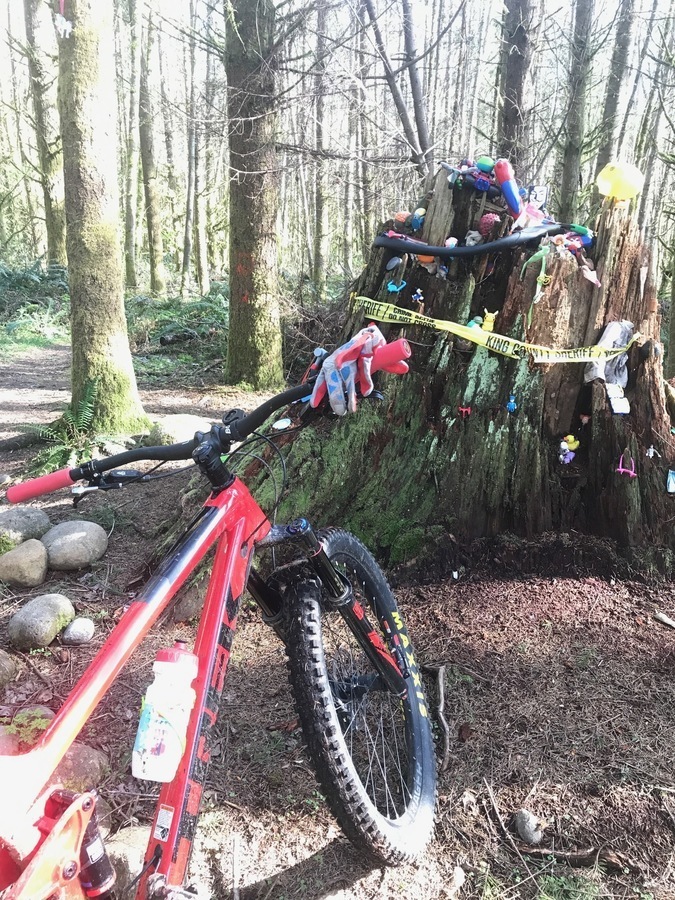 "Hi! I don't know if you're still on the lookout for this bike but I think I picked up whats left of it from a guy on Craigslist last night in hope to find a project bike to build. Is this something you are still interested in recovering? Looks like it has been painted a few times. Took a while to even make out the serial number..." 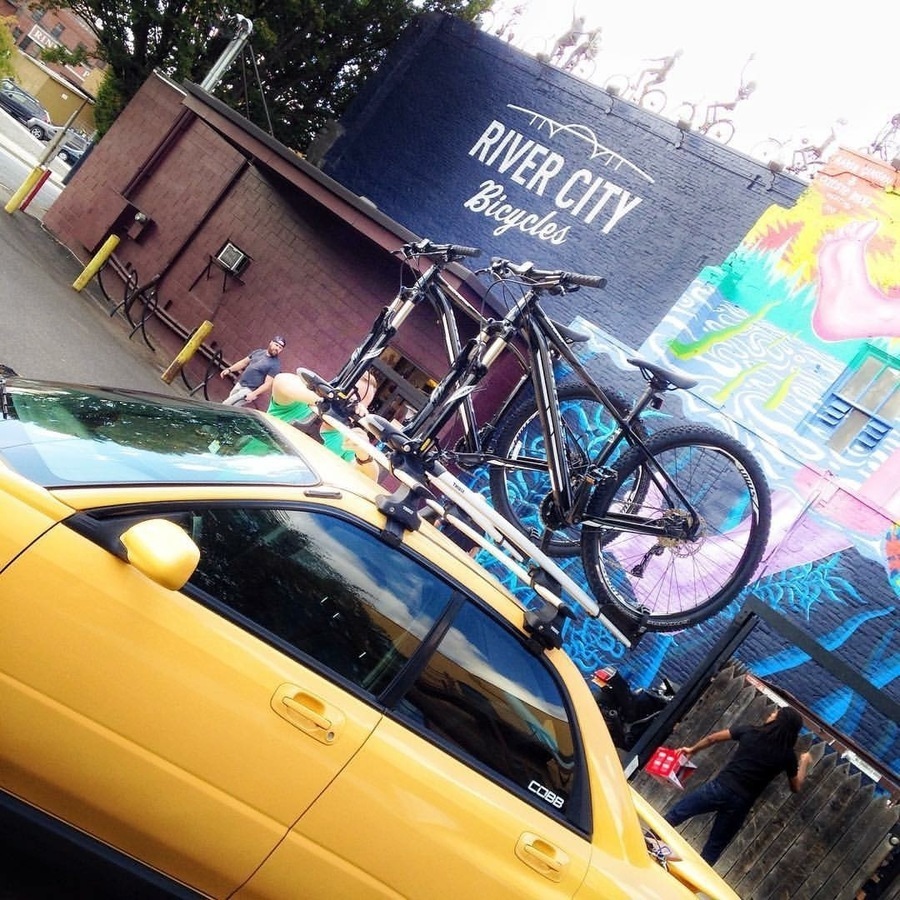 "Officer Sanders contacted me to inform me my bike has been found! Thank you to Bike Index and the Old Town Police Department ..." 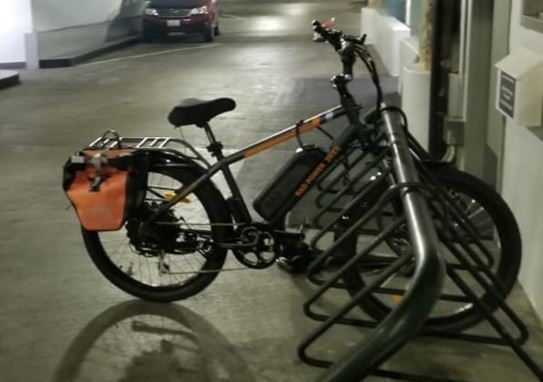 "Police officer was investigating a disturbance and found an RV with my bike in it ..."

And that's it for November!

Let's round this whole shebang out and get right to the December 2018 recoveries!