Milestones are important to us here at the Bike Index - we're suckers for nice big round numbers that define progress. Show me a chart with a nice uptick in the righthand column, and I'm a happy man.

The funny thing is, we're often so busy that we miss some of these milestones, even when we have a heads-up that they're coming.

One of the things we're constantly aware of here at the Bike Index is the emotional and spiritual connection people have to their bikes, and this is why it is so gratifying to help people recover them. A bike is never just a bike. It's the bike that lived through heartbreak and achievement, through adversity, through love and hate, good times and bad. It's the bike that propels people throughout their life, it's the bike that is close to their heart. And when that bike is stolen, it's like people lose a small part of themselves. 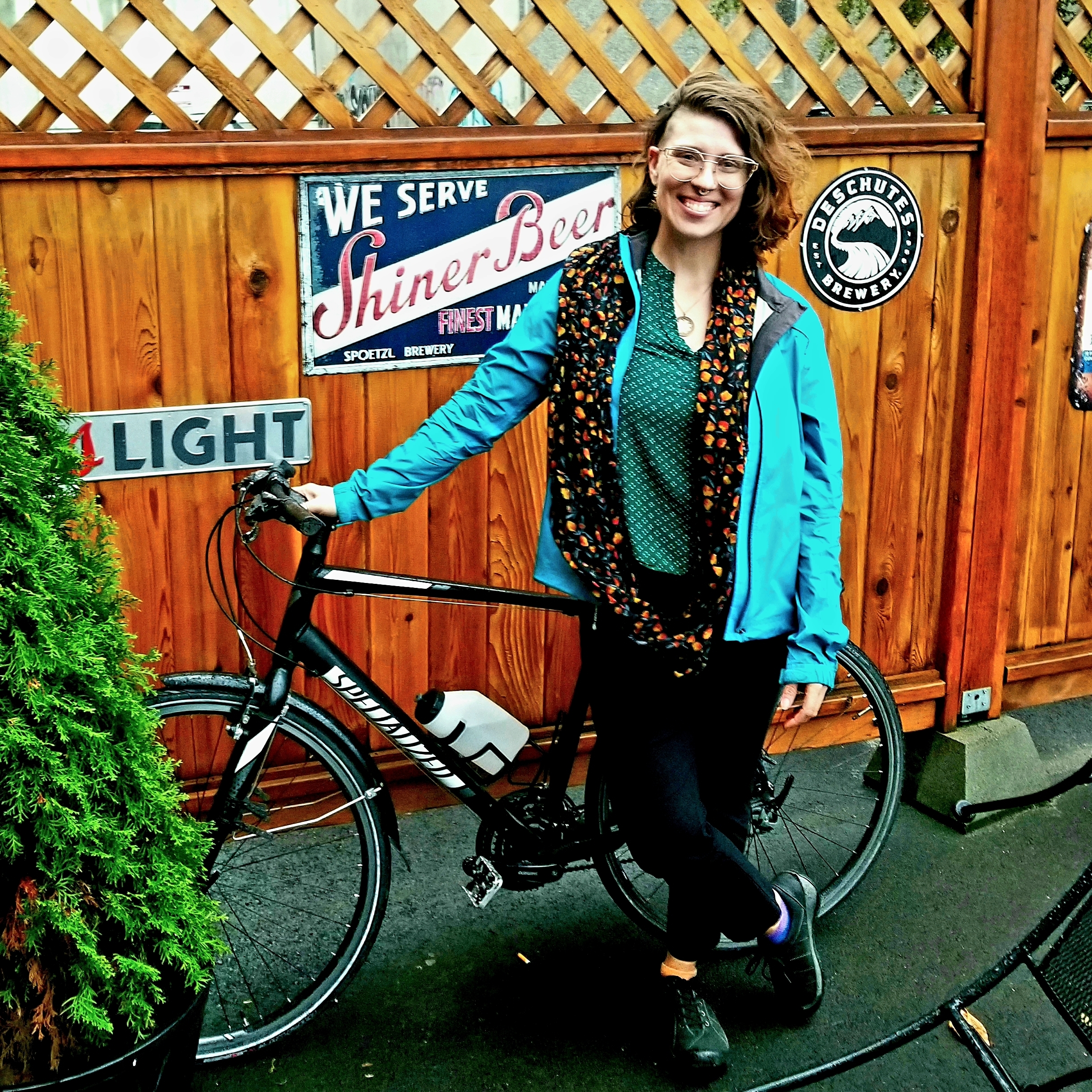 Nikki: In January 2016, my stepdad, Bob, shared with me and my siblings his terminal cancer diagnosis. He had stomach cancer, caused by smoking cigarettes, and was given 9-12 mo. to live. One of the things that Bob had going for him was that he was physically in shape. His body took a beating from the illness and the treatments, but his baseline fitness before the diagnosis would help him withstand an aggressive battle.

A month after the news, I broke my leg. The sudden immobility combined with lots of processing about mortality and end-of-life care, made me realize that I was doing my future old-lady-self a disservice by not being more active now. I vowed that once I got out of my cast, I would start biking.

I got Walter (the bike) in October 2016 during my last visit with Bob; he passed away a month later. It stayed, unused, at my mom’s house in Chicago until this past January when I shipped it out to Seattle.

I’ve gone over 5000mi with Walter so far this year; including my first tours this summer: one around the Olympic Peninsula and one going from Seattle to Portland to Seattle. The latter tour included some very valuable lessons about what it means nutritionally and endurance-wise to ride several 100mi days in +90 degree weather.

Bike Index: Your bike's name is Walter - so, ah, how'd that come to be? Is there a Walter Senior or Junior?

Nikki: In fact, I got Walter to Seattle not a moment too soon. Winters in Seattle are slick and my commute into the industrial area of Georgetown features lots of train tracks and large cracks in the road. I was on a road bike, which was great for my first century in beautiful fall weather, but the need for a more all-terrain “water-bike” was apparent. The name “Walter the Water Bike” came and stuck.

Tell us about your theft real quick: where was it taken? How was it stolen? What you did after the bike was stolen?

Nikki: I took a dear friend out for a drink after a stressful day at work. It was 5:15p when I locked up at the nearest bike rack. It was still light outside when I returned two hours later to find no bike, and a chunk cut out of the u-lock bar. Consensus online says it was cut with an angle grinder, which would have given a good spark show but I’m sure they made fast work of it. I snapped a picture of the lock and called my renter’s insurance to file a claim. I posted about the theft on my personal FB page and on a few local cycling groups. When I got to my house, I checked the original paperwork from when the bike was purchased and was grateful that it included the serial number. I uploaded the information along with a picture and my phone number to Bike Index.

That night, I started grinding my teeth in my sleep and woke up with a splitting headache, so I took a personal day from work to mope and mourn the loss while hiding under my blankets. 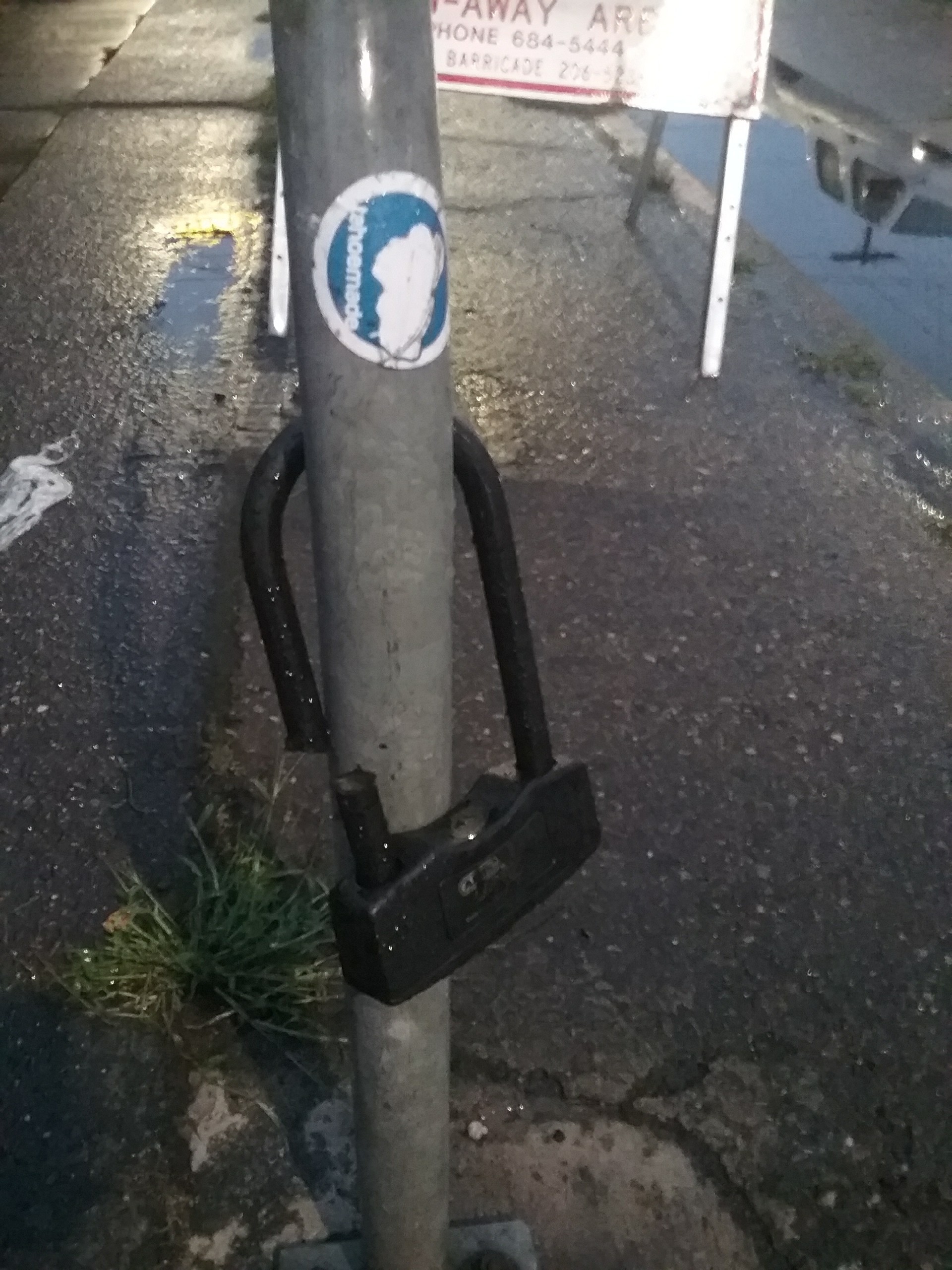 Bike Index: Did you ever expect to see your bike again?

Nikki: The bike was stolen on Monday and returned on Friday. The day I returned to work after the theft, I took one of my 15min breaks to pace around the neighborhood on the off chance it might have stayed in the vicinity. This was the wrong move for me, though. I was really getting myself worked up and treating everyone who met my gaze with a hard, suspicious stare. (Editor's note: we feel ya. Seriously.)

When my break was up I knew that I couldn’t keep that mindset going; it was an exhausting experience. I did my best to mentally let go of Walter and take the advice of my husband who reminded me to look at this as an opportunity: I know more today about bikes and bike fits and what I want/need from a bike on tour than I did before. He thought I could take some time to really consider what my next bike would be and make sure I’m getting what I need for my anticipated cross-country bike tour in 2020.

Bike Index: Had you ever heard about Bike Index until you had your bike stolen? Where did you hear about registering with Bike Index?

Nikki: I’ve seen people post in local bike groups on FB when their bikes get swiped, and there are inevitably comments about registering your bike on Bike Index and marking it as stolen. I was also advised in the same groups to check the serial number on Bike Index when purchasing a used bike.

Bike Index: What did it feel like to hear that somebody found it and stole it back? What is getting that call or email like?

Nikki: Funny enough, I’d gotten a message on Facebook the next day after it was stolen! (Editor's note: shout out to the "Seattle Area Stolen Bikes" FB group) Unfortunately, the message was filtered into a “Messages Request” inbox that didn’t send me a notification and I didn’t notice it for a few days. In fact, I only saw those messages after receiving a text from the bike rescuing hero, Alex.

Bike Index: Did you get any other details about how this bike was recovered? Where it was, what kind of situation, what part of town it was in?

Nikki: The bike was stolen in Georgetown, and Alex happened to notice it in the U-District before he even saw the post on social media. Later that night, see saw it again and recognized it. According to Alex, there was a group of 3 young guys around it, with the bike off to the side. No one was holding onto it and it wasn’t locked up, so as quick as he could he swooped in and took off with it! The group gave chase, but Alex was able to ride it to safety. When my messages on FB weren’t returned, he found my phone number which I’d included in the Bike Index report!

Bike Index: Any words or advice for other people out there who have had their bike(s) stolen? Or for people who don't want their bikes stolen?

Nikki: Try not to let the experience of losing something you value and hold dear make you bitter or cynical. Indulge in your grief if you need to. Be kind to yourself and patient with the world. Get renter’s insurance. Register your bike with Bike Index, or at least make sure you have your serial number written down if you need to refer to it later. Make sure when you meet strangers from the internet to have a buddy with you.

And that, internet friends, is the story of how Walter the Water Bike came back to his owner - our 5000th story of bike recovery awesomeness.

Bike Index sends a massive shout-out to Alex, wherever you are - and here's to good people helping each other get their bikes back. (Psst - as always we would love it also if you could help us out so we can continue doing this …)

Onward to the 10k mark, all! Keep up the good work.