BikeReg: an Android app for the Bike Index

The Bike Index now can be accessed via an Android app!

Tyee Software has created a mobile app for phone and tablet usage named BikeReg, which allows for searching the Index via serial number, manufacturer, or general text searching. The application also gives users the ability to register new bikes on the Bike Index. The interface is a real time interface, which means that uploads of new bikes into the registry are available immediately.

Another cool feature of the open Bike Index API is the ability to deliver data on stolen bikes for a particular locale. Here you can see the BikeReg app is able to combine this data together with Google Maps in order to display "Stolen bikes in my area": 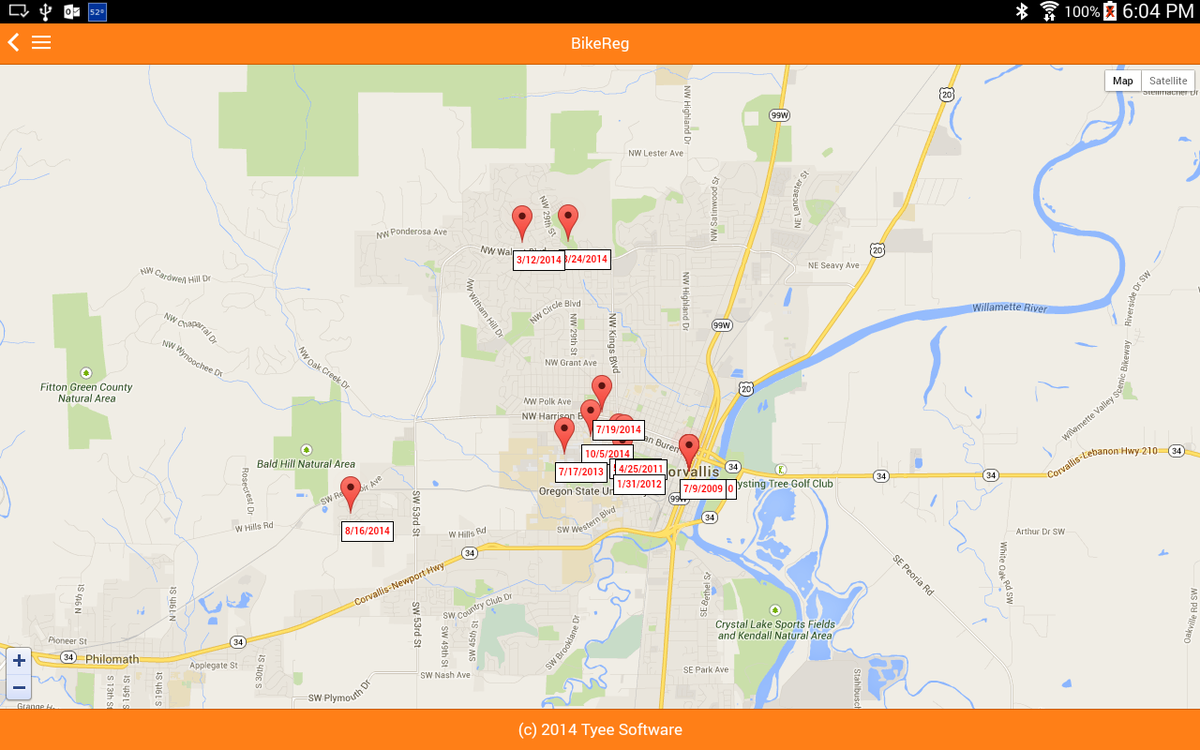 BikeReg makes use of the Bike Index's open RESTful API (read the documentation) that delivers JSON, which makes integration of bike data into an application relatively straight forward.

BikeReg utilizes a number of technologies in the application: AngularJS, the Ionic Framework, Sass, JSON, Cordova Plugins, and uses JavaScript as the language to tie it all together. For those new to these technologies, here is a little more info and a breakdown of each technology:

The big thing with putting together a mobile application is how you debug it. Because the BikeReg application is pulling/pushing data from across the web, it is important for the application to gracefully handle varying connectivity situations. For simulating and debugging these scenarios, Google Chrome provides a great and powerful emulation tool which helps to speed development: 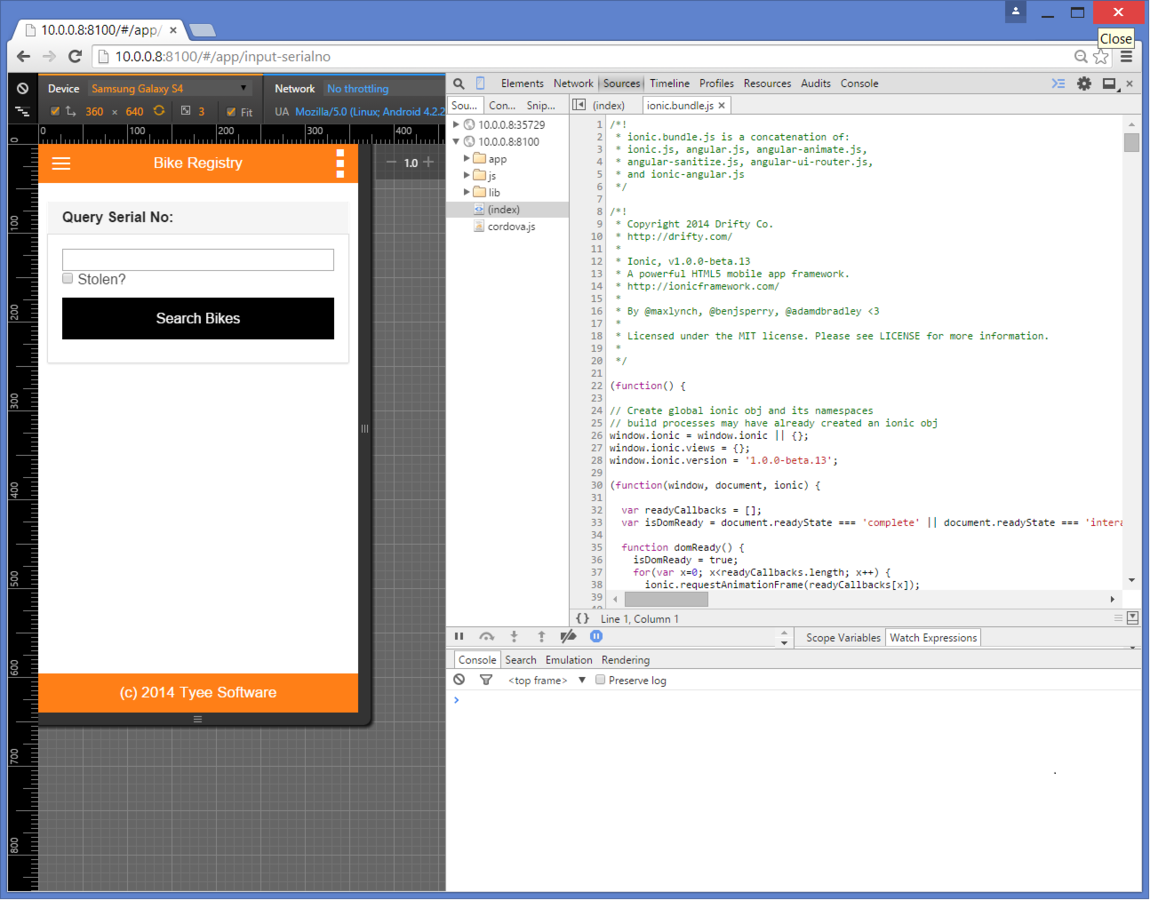 This tool allows for a variety of mobile devices to be emulated and their screen sizes to be tried out.

One important item when working with the Bike Index API or any API for that matter, is to start small. As in, get a simple portion of the API working, build the foundation, and then build out the rest of the API access from there—kind of like building a pyramid, layer upon layer. One of the things that is important when making a call to a RESTful API is making sure that the API call is asynchronous. Promises are perfect for this task:

Promises are JS objects where data will be deposited after a successful call, in this case, to a web API. The usage of Promises helps to keep the front end UI responsive and independent of the call being made across the web. Consumption of returned data via JSON.parse() provides a quick way to package up returned data into objects which can be iterated upon and easily consumable by other areas of the application. Passing objects around from the backend service layer to the controller where it can be actioned upon helps to insulate the application from specific backend detail and complexities.

BikeReg is a natural extension of Bike Index to the mobile platform and makes the Bike Index accessible from just about anywhere. The Bike Index RESTful API makes it considerably easier for a developer to build out an application. With these technologies and about 4-6 weeks you too can develop your mobile application or you can download BikeReg from the Google Play Store. BikeReg can be found by following the android link below.

BikeReg costs $1.99 - proceeds from the app go to Tyee software, NOT the Bike Index