How the heck is it March already? No idea, but here at the Bike Index we're watching our inbox slowly thaw out and heat up - with stolen bikes galore.

I won't lie - it's pretty annoying to recover somebody's high end bike (cough Faraday cough) and not even get a donation. But, hey, we love catching thieves and finding stolen bikes, so we keep at it. Point being: We would love it if you could donate to the Bike Index. Please help us keep these recoveries coming by donating here – tax deductible, too! We would appreciate it hugely if you did. (cough afreefaradayisalsocoolthanks cough)

Now - onto the March recoveries: 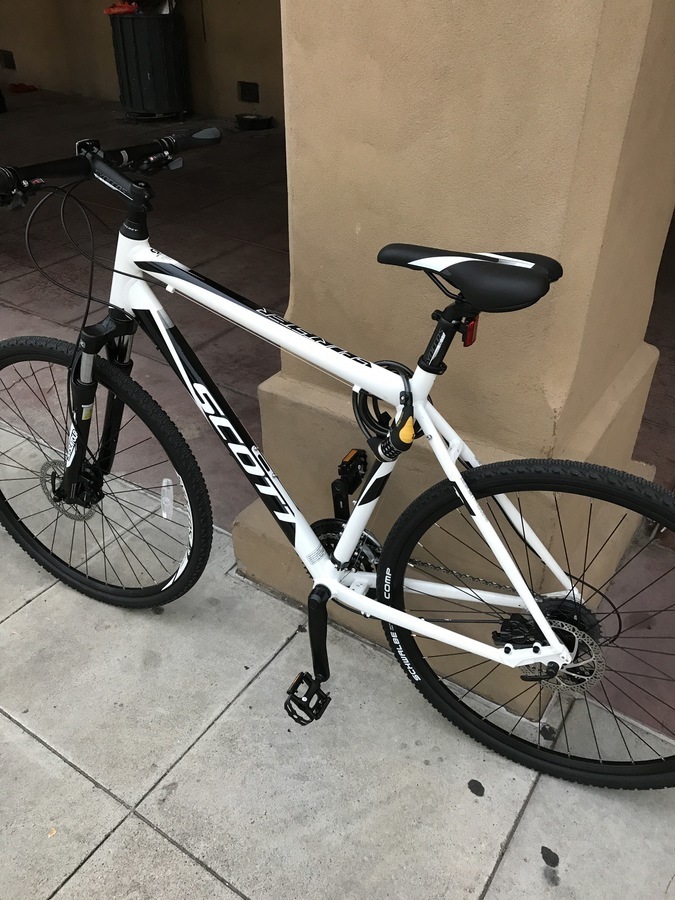 " I found it while riding to the train this morning! It was with a group of the community's transient population who turned it back to me without incident. " 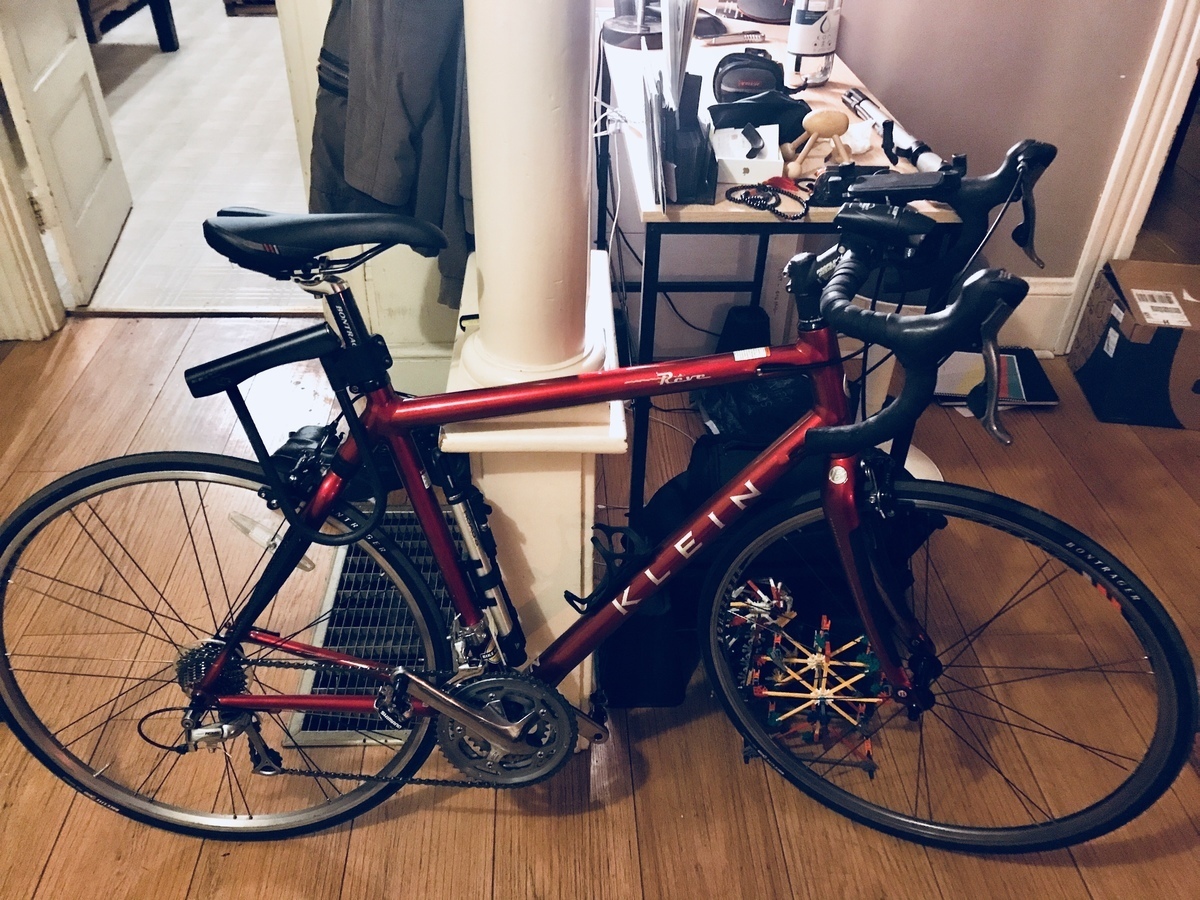 "The (Portland) police recovered my bike after it was abandoned by the thief during an attempted break in..." 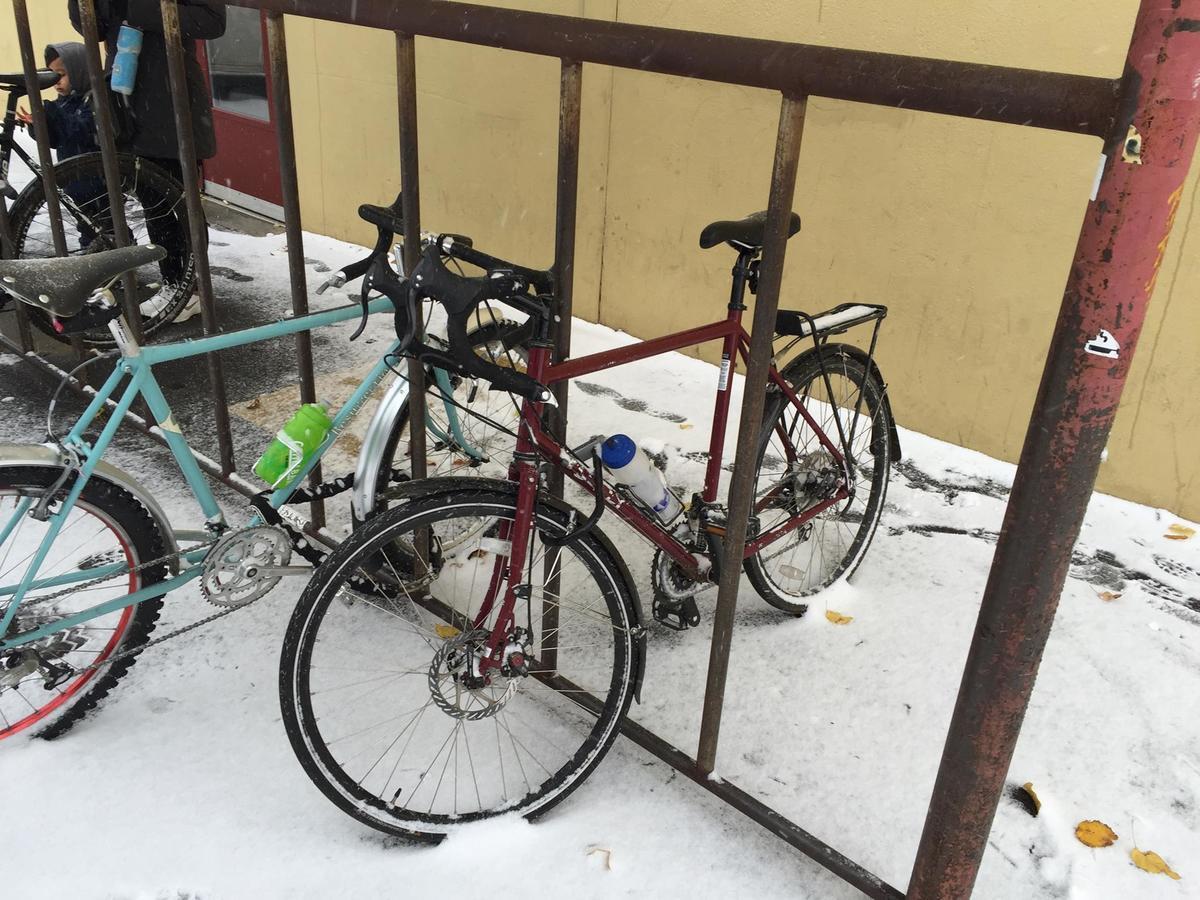 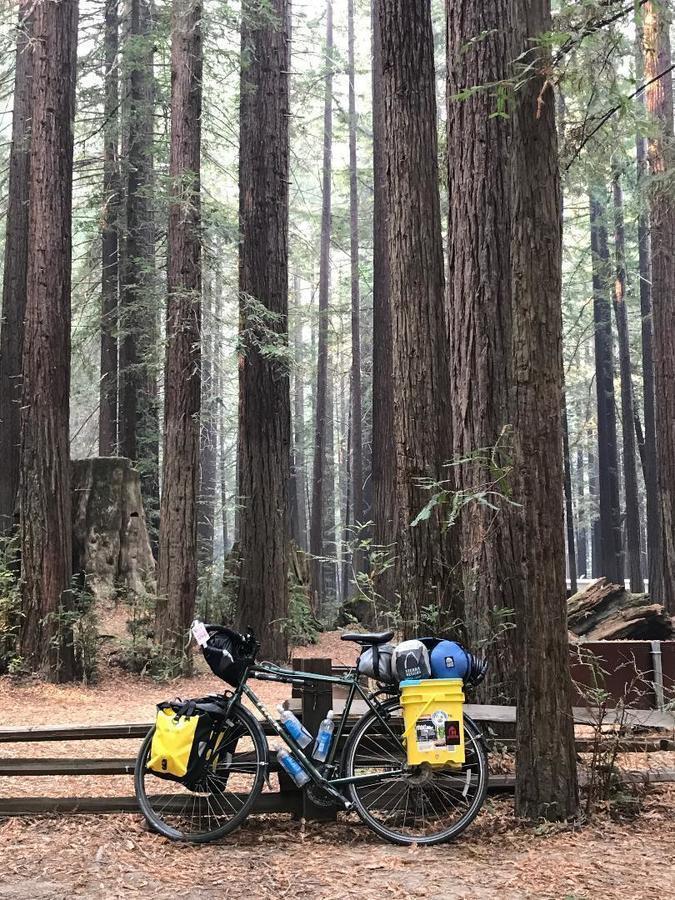 "I went out looking for it based on a tip from an employee at Cycle Portland who had seen my Bike Index posting. I biked from the location it was stolen towards the bike shop and saw a man walking with my bike on the Burnside bridge. After lots of arguing and a call to the police I finally got my bike back!" 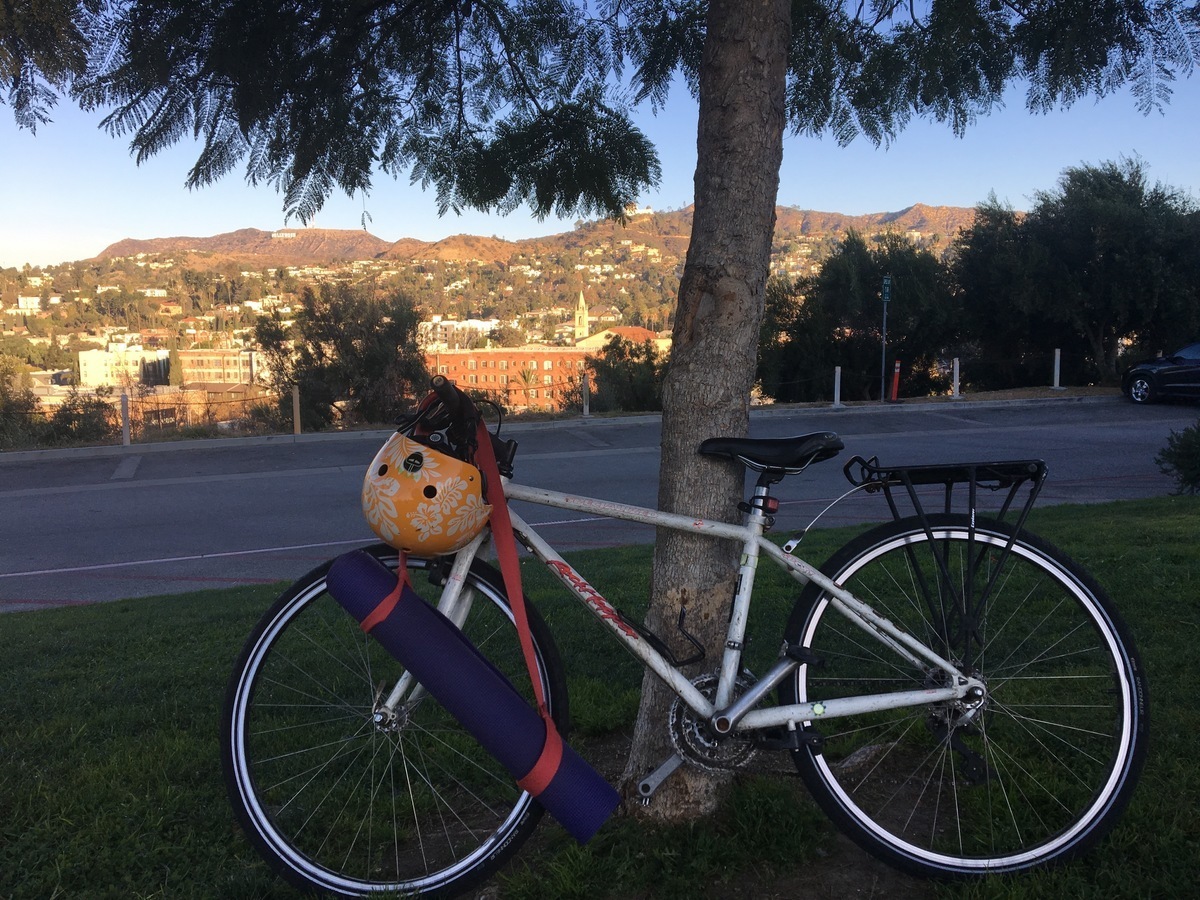 " Husband and I were Ubering home and saw A GUY RIDING MY BIKE on Santa Monica Blvd (in Hollywood). As soon as we got home, I grabbed my police report and we drove out toward where we had seen the guy. It didn't take long to find an encampment of guys and bikes on a side street, with THE POLICE ALREADY THERE talking to them about something else. Of course the guys said they bought it off someone/didn't steal it blah blah blah... but after I gave identifying details and showed photos the cops said I could take it back. They cut the brakes and tried to make it into a fixie so I have to get some work done on it but SHE'S HOME! " 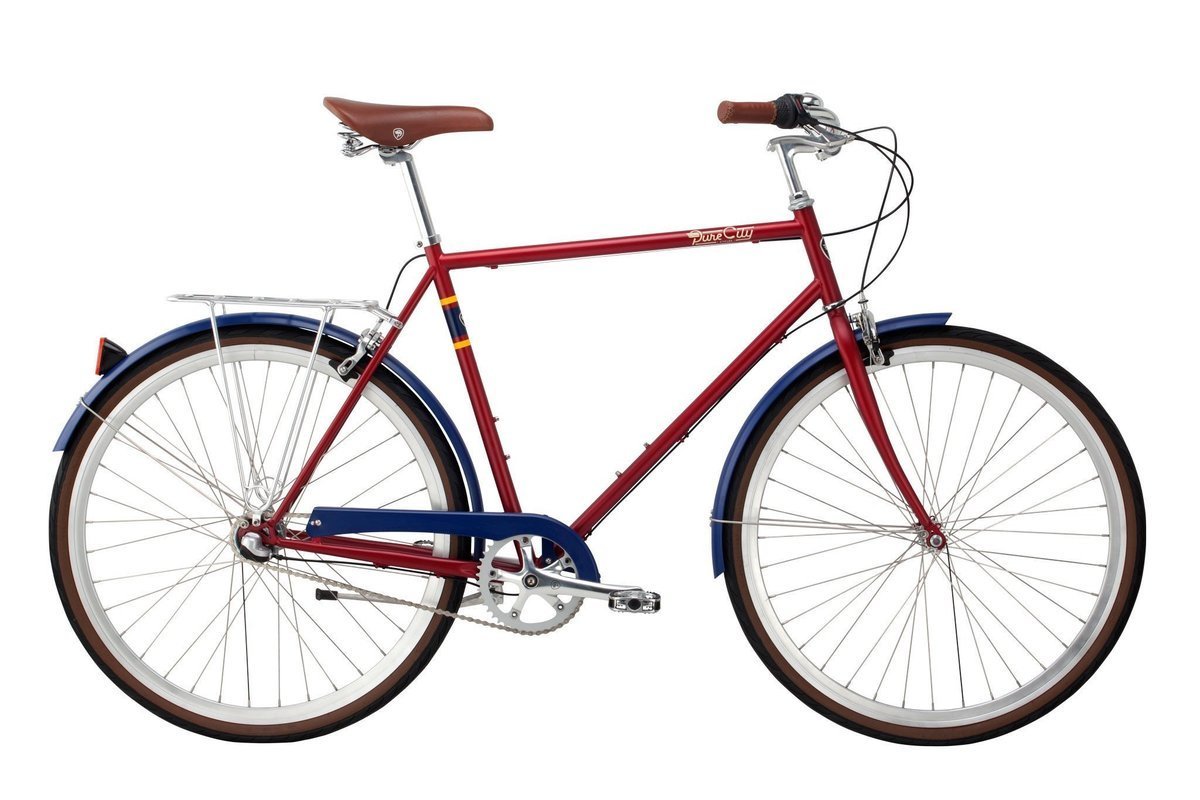 "Hi, please email me at [redacted]@sfgov.org re: your bike - It was recovered last year by the SFPD in another case." 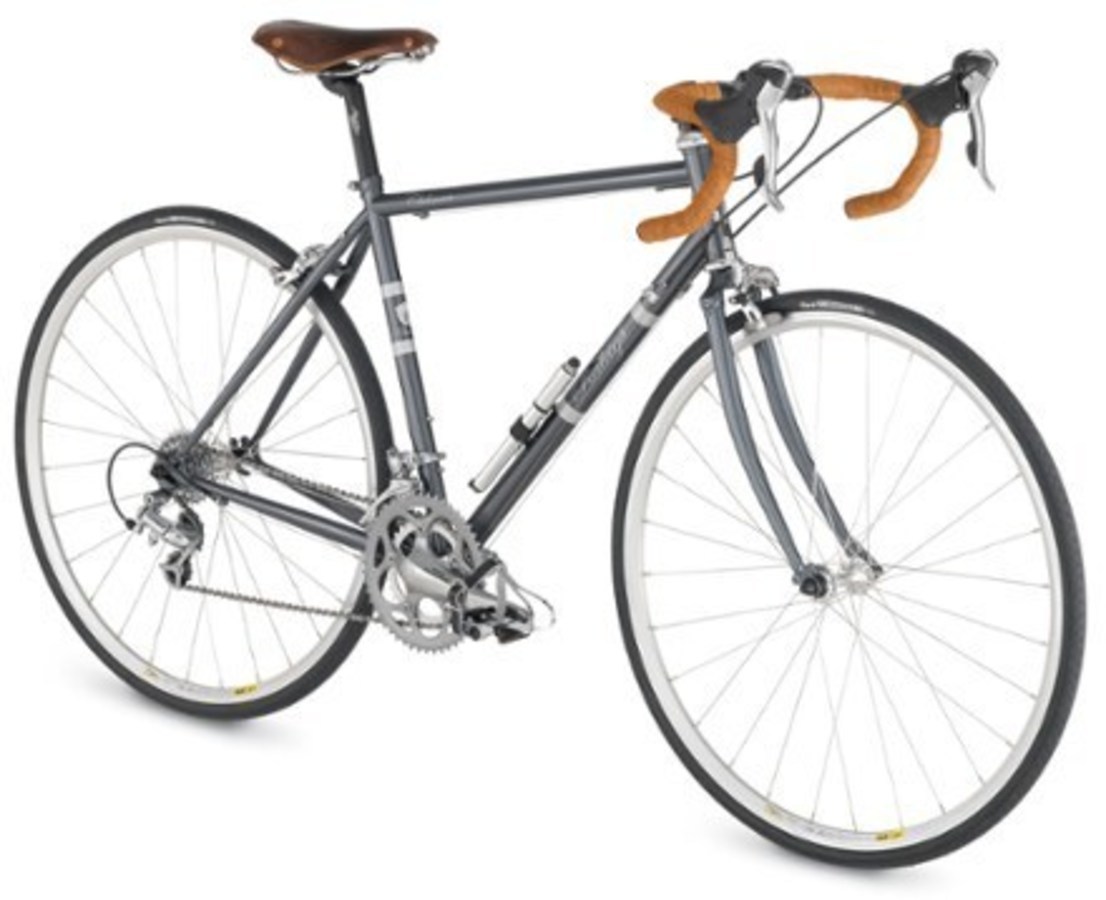 " Bike was found in the REI parking garage. Employees looked up the serial and found my phone number on Bike Index! " 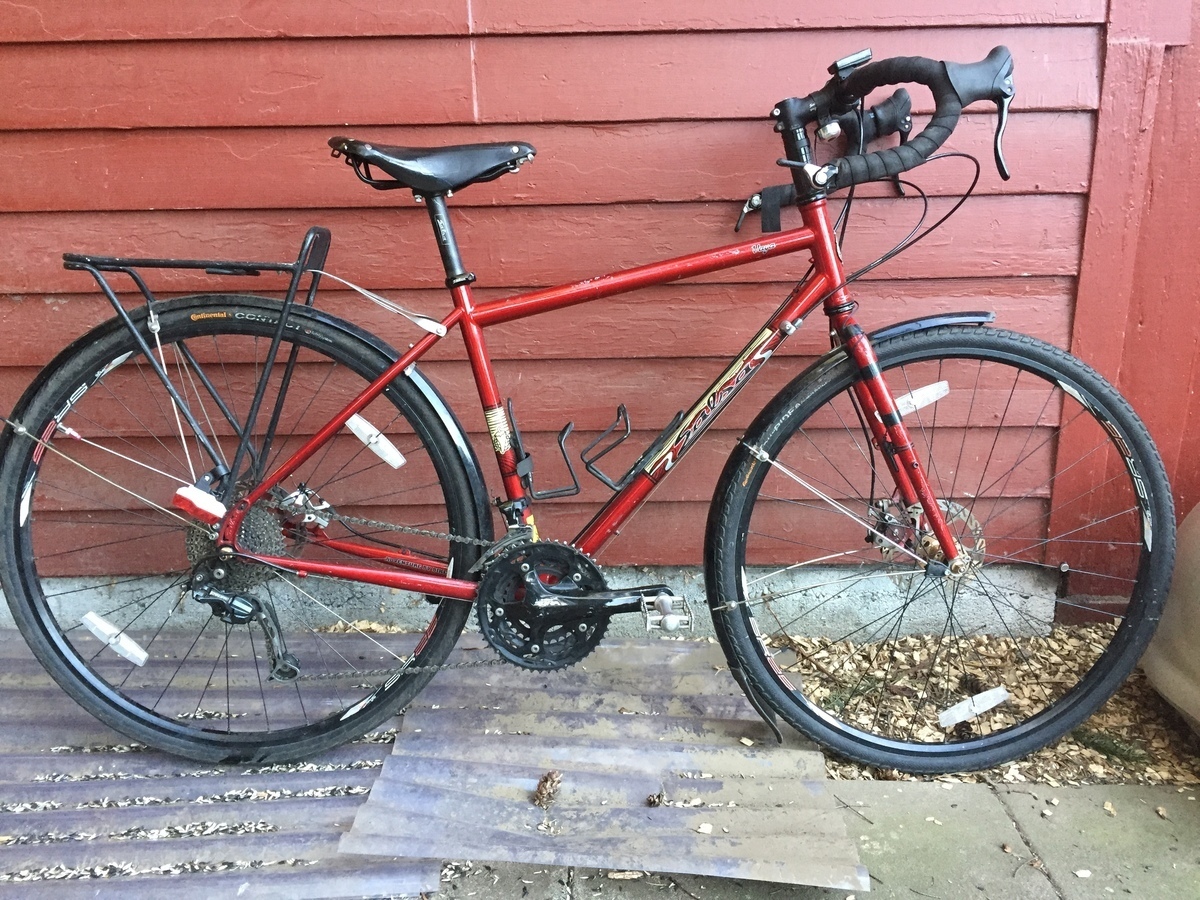 "It was found in the neighborhood by someone who quickly recognized that it looked out of place and was stolen. He took it in for safekeeping and checked Bike Index, finding my entry. Thank you! We never would have gotten it back without Bike Index!" 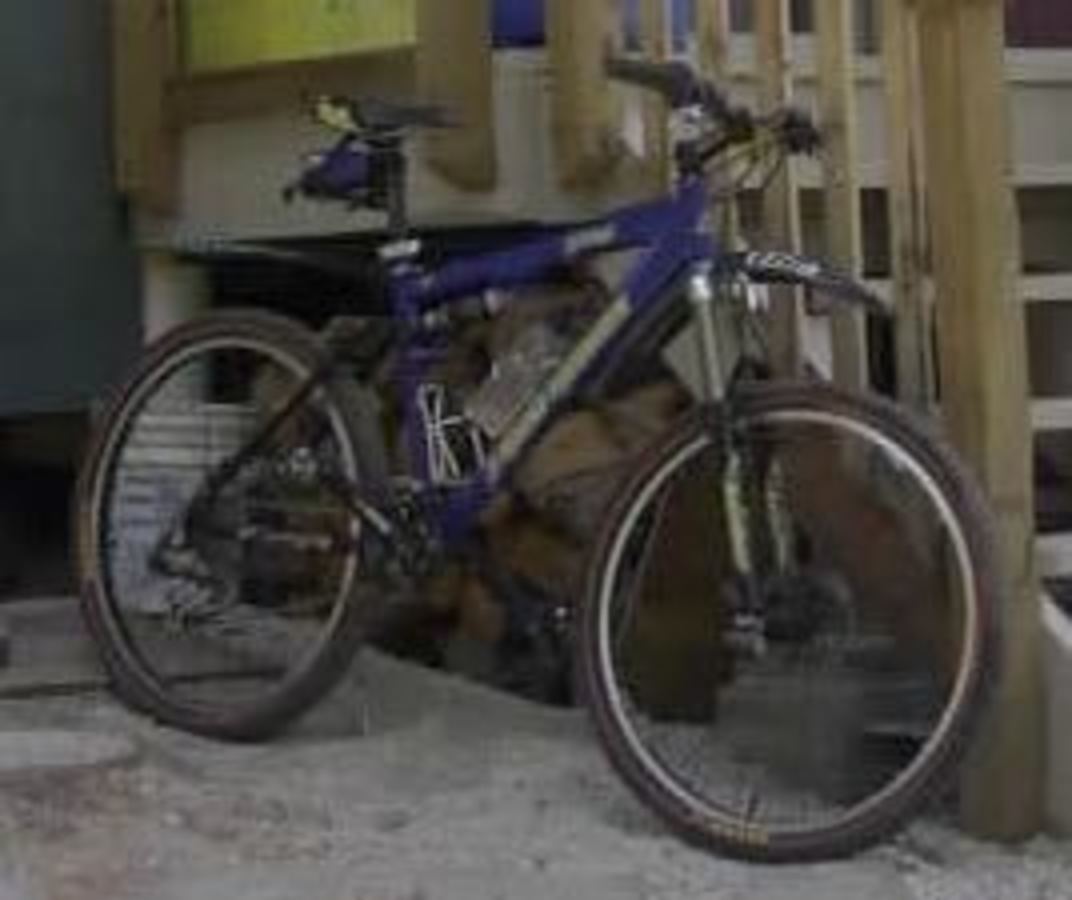 " Vancouver Police acted on a tip from an astute Craigslist shopper who saw my Craigslist ad. She was offered my bike instead of another bike that she responded to, two days after my bike was stolen. Thanks to the Craigslist community for thwarting the thieves. " 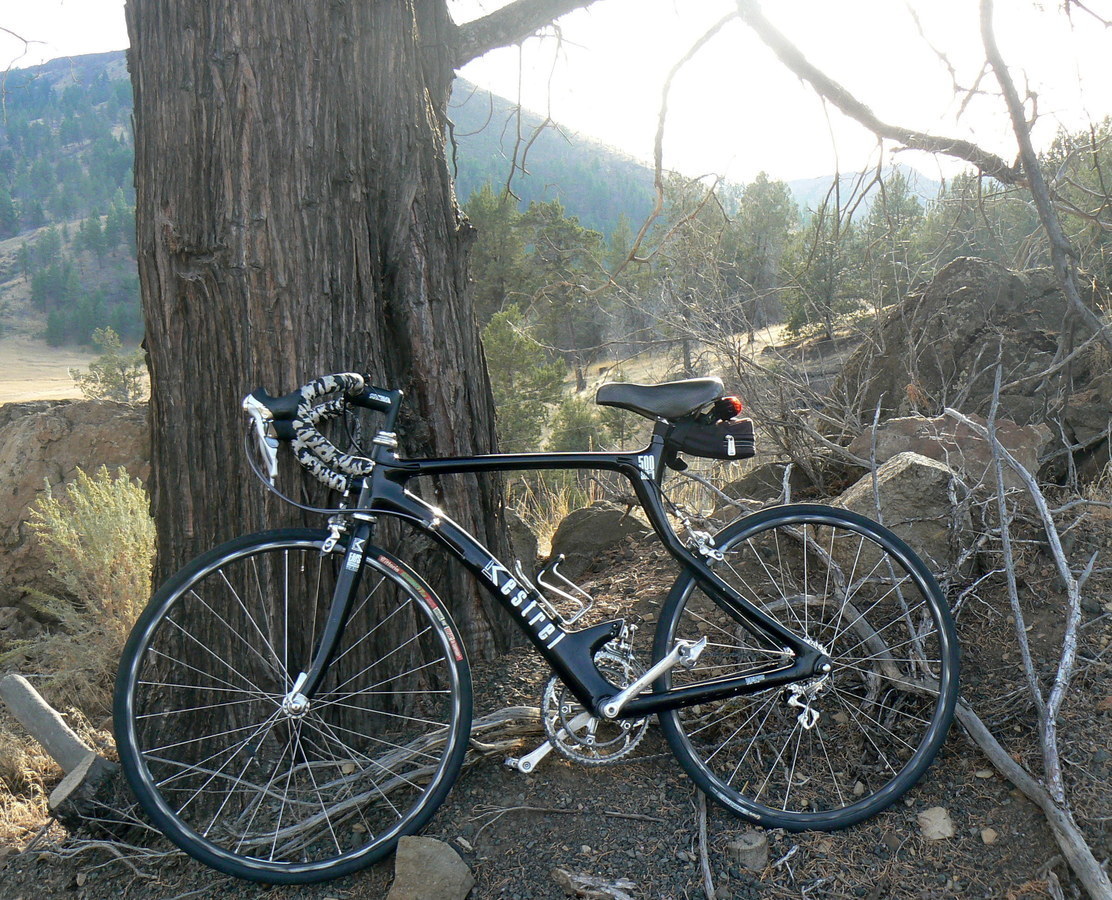 "Hi, I am a Portland Police officer. Early this morning officers recovered a black Kestrel 500sci at Naito north of the Steel Bridge ... The bar tape was removed and replaced with obviously temporary stuff apparently to avoid suspicion... Later, from the Kestrel's owner: The police officer contacted me and they have my bike. I am beyond stunned and appreciative that it's been found. It was stolen almost 4 years ago to the day ..." </i> 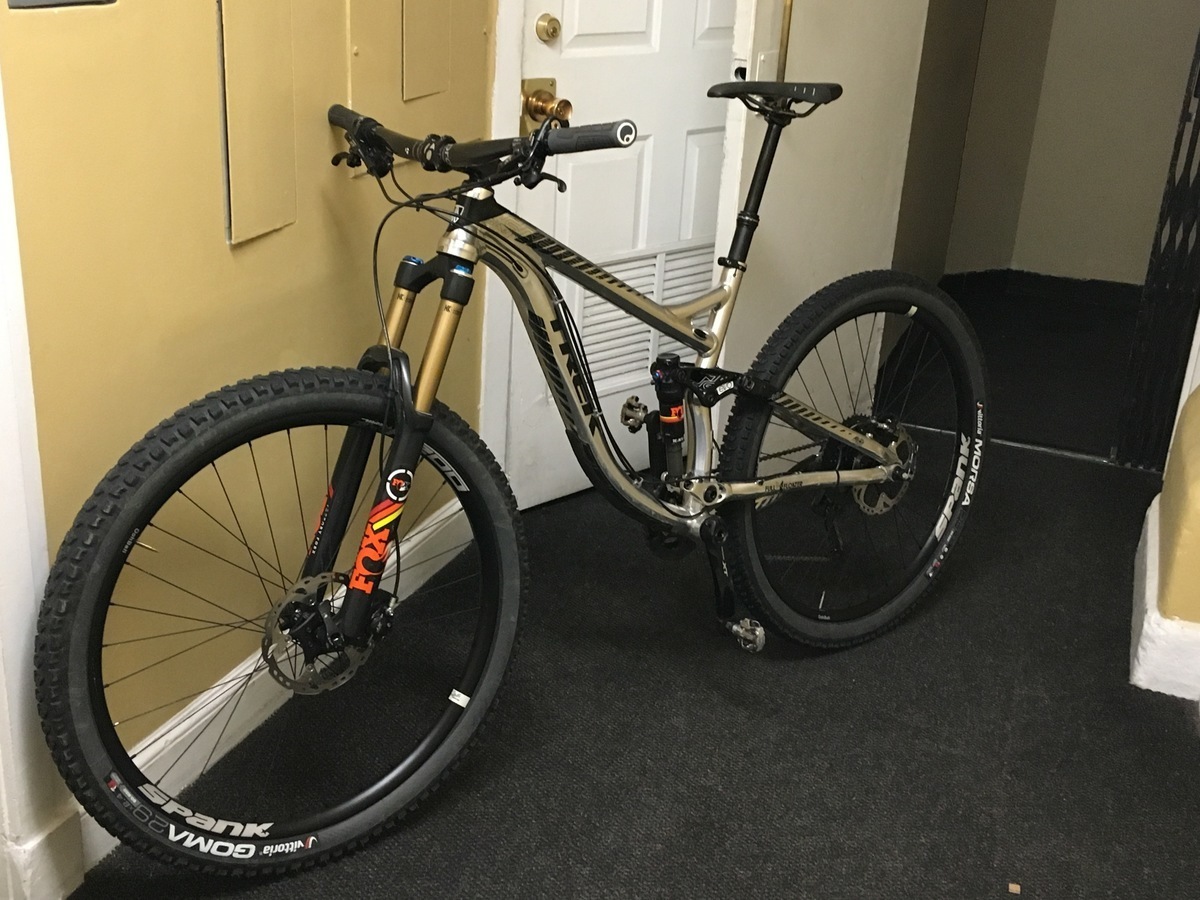 "MTB Enthusiasts of Utah member noticed the stolen bike being ridden around downtown Salt Lake. He called me and called the police - 30 minutes later the bike is recovered." 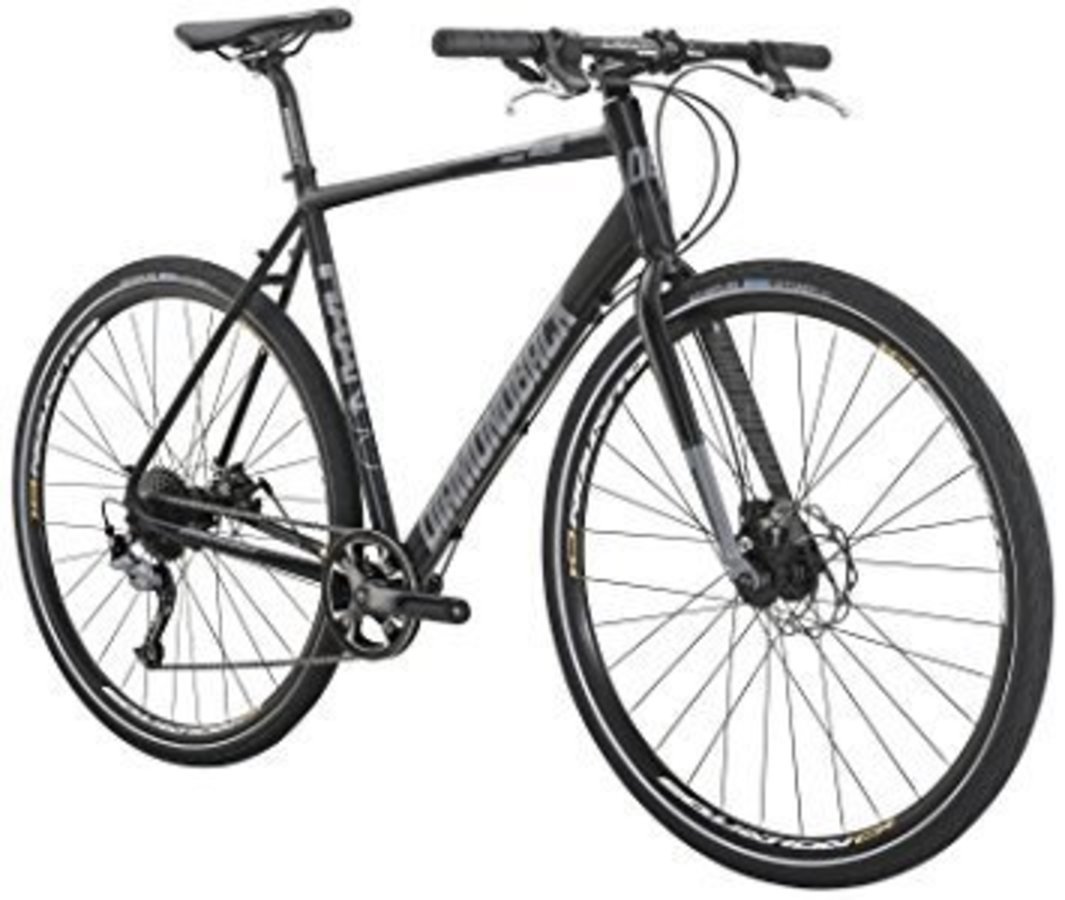 " Someone in the community saw it and turned it into the police!" 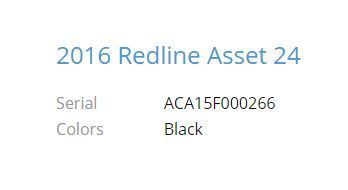 " Recovered by Police and they notified me for pick up, so great to have it back. Thank you. " 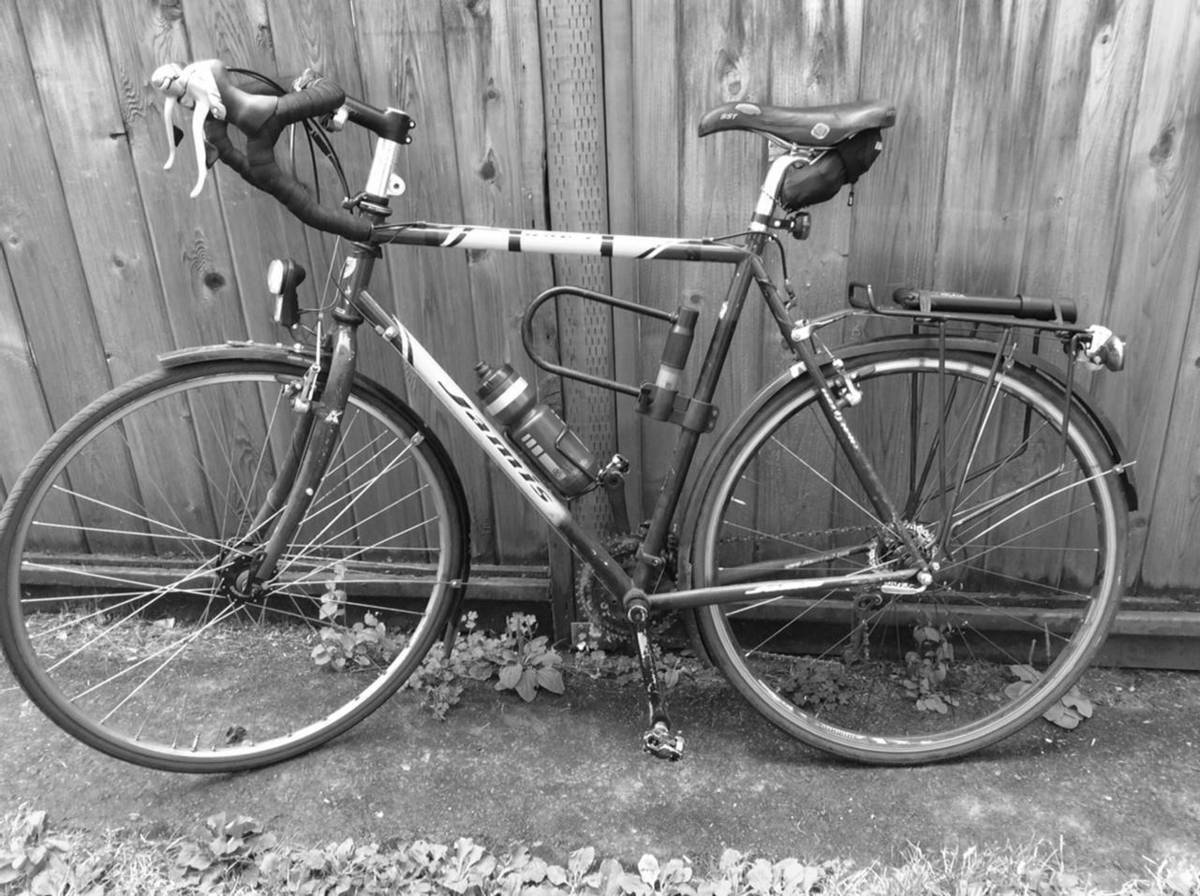 "After I posted this stolen bike on Bike Index, a good Samaritan found the bike in a neighbors back yard, and he somehow found my listing on Bike Index, emailed me, and we arranged for me to pick it up! Thanks to (this) website, presence, and advocacy, I got the bike back with nearly all of its original parts still intact ... it was only missing clipless pedals and one blinky taillight. Thanks again!" 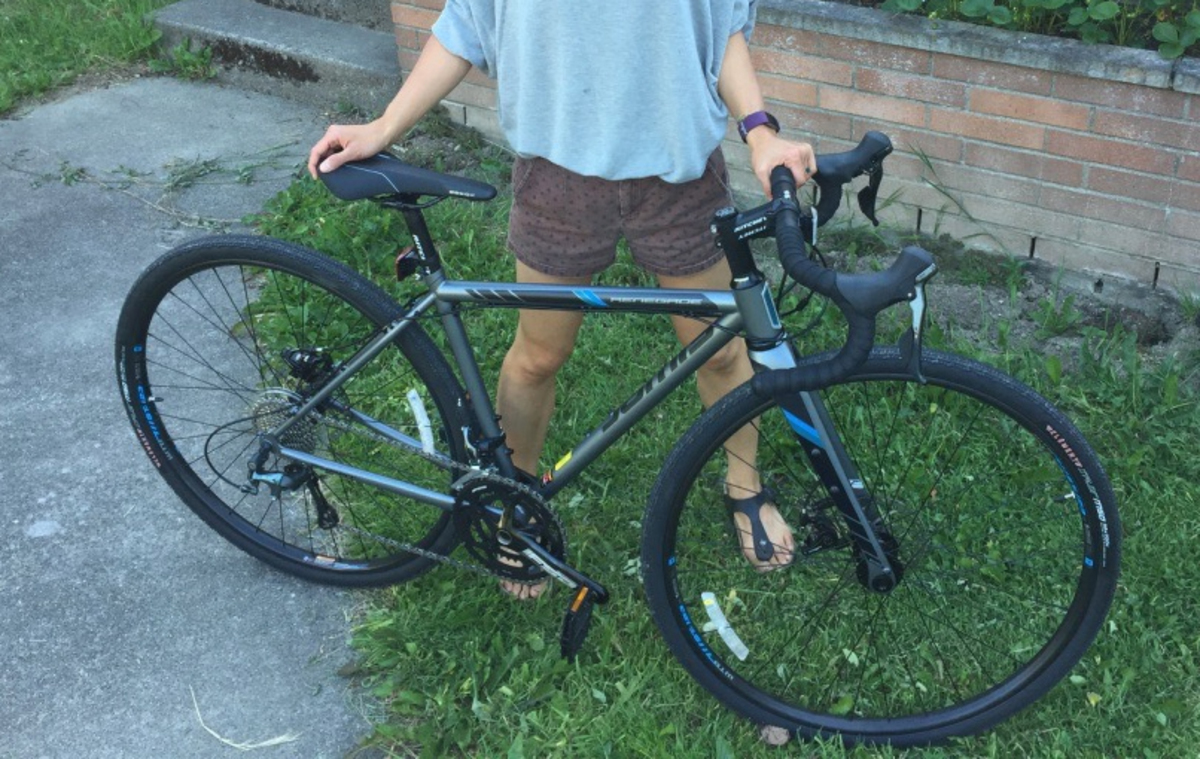 "I got a phone call, email and text message from a Seattle Police officer and Bike Index on March 18th. I don't know how they found it. It was definitely my bike, although it changed a bit, but I'm so happy to have it back. Really appreciate the Police officer who works on stolen bikes and with Bike Index!!!" 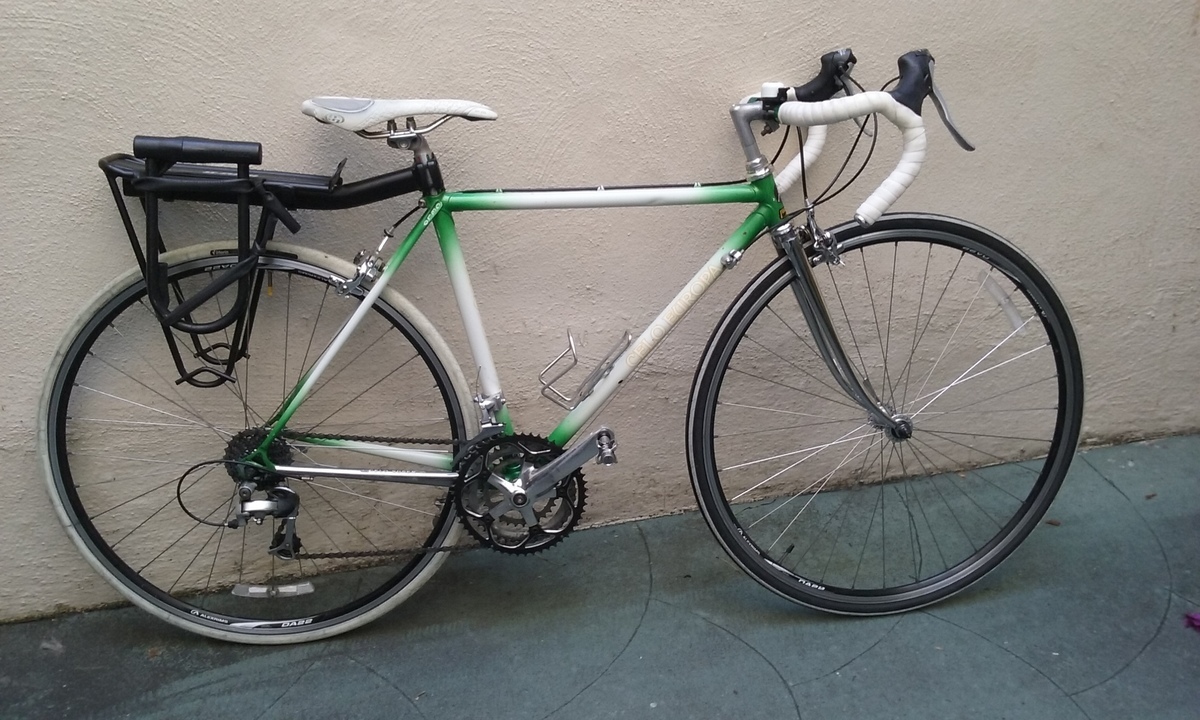 Bike Index helped get this stunner of classic ride back - even with no serial on file: " The most awesome stranger, Z, texted me when she saw my bike at the Alemany flea market. She saw my bike on Bike Index. The guy at the Flea Market that was selling my bike told her that it was legit, but then she showed him the bike on Bike Index with my police report. I was out of cell coverage and didn't see Z's messages until later in the afternoon. But she gave my phone number to the guy at the flea market and he actually called me! We arranged a meeting place and he gave me back my bike!!! He said that he got it from someone at another flea market and they told him it was legit. At least he was honest enough to give it back once confronted. I cannot thank Z. enough for keeping an eye out, looking on Bike Index and even texting me and calling me. She is seriously a hero! I am so thrilled to have my bike back. It needs some work but it's back. People like Z. remind me that there really are good people in this world!" 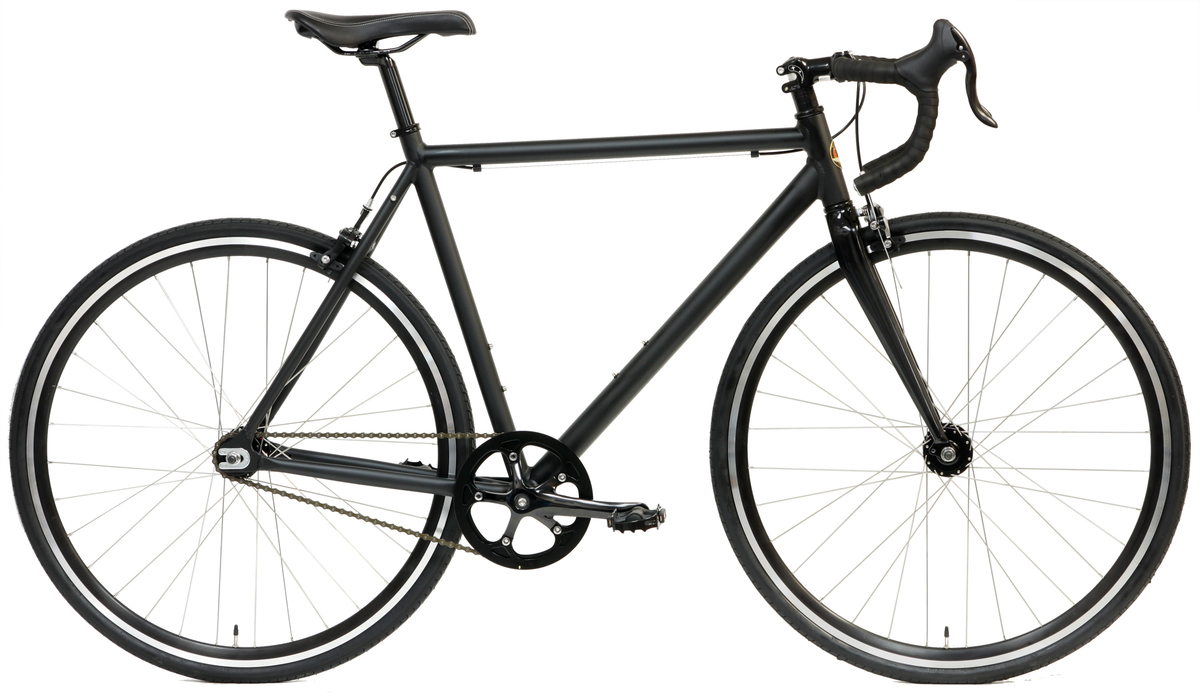 "Between my police report and this website, the cops saw my bike on OfferUp.com ... and tracked it down over 24 hours of searching! They said that I did the right thing making a police report and creating a profile on your awesome website! I will definitely be using this site to register my bikes in the future!!!" 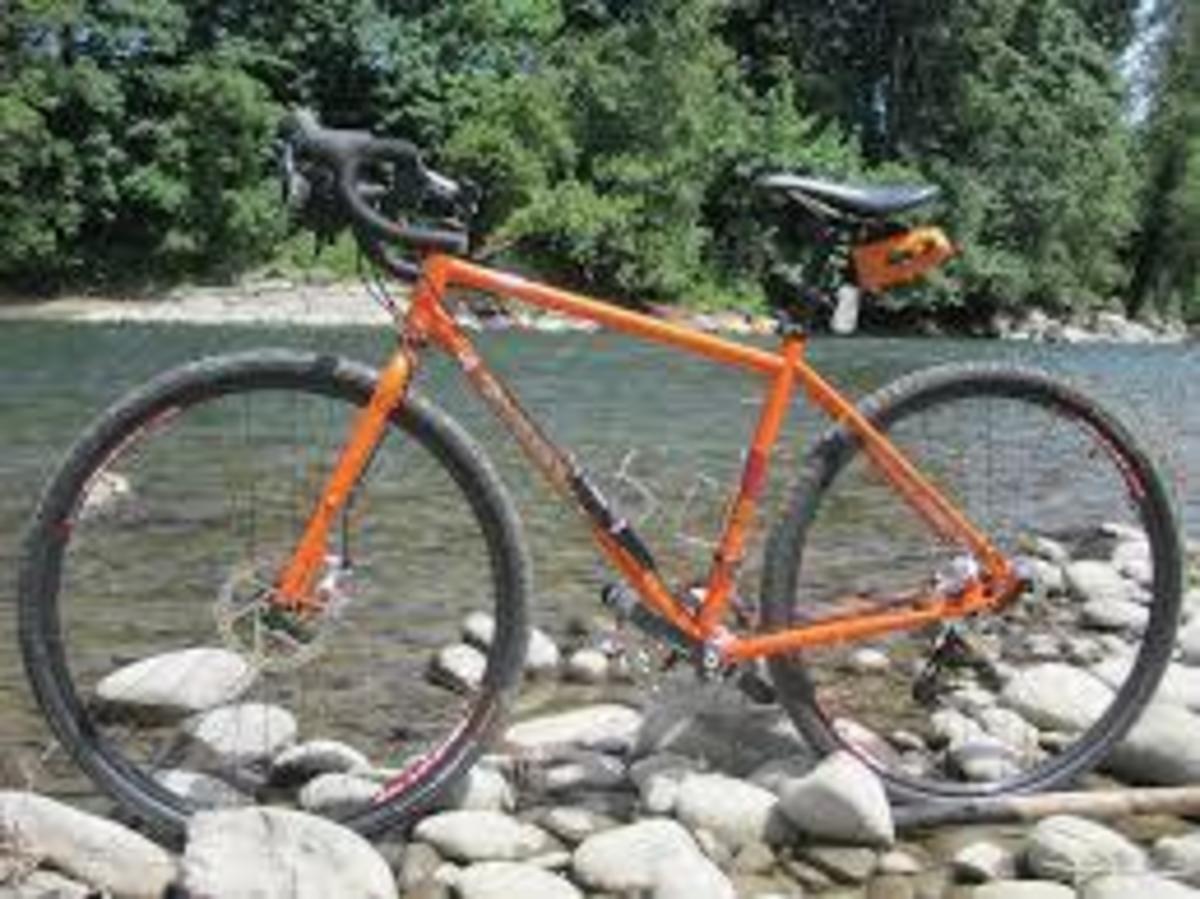 "WOOHOO! JRA Bikes in Seattle recovered the bike after a customer felt something was a bit fishy and brought it in. I am soooo grateful! THANK YOU!!!!!! What a miracle! " 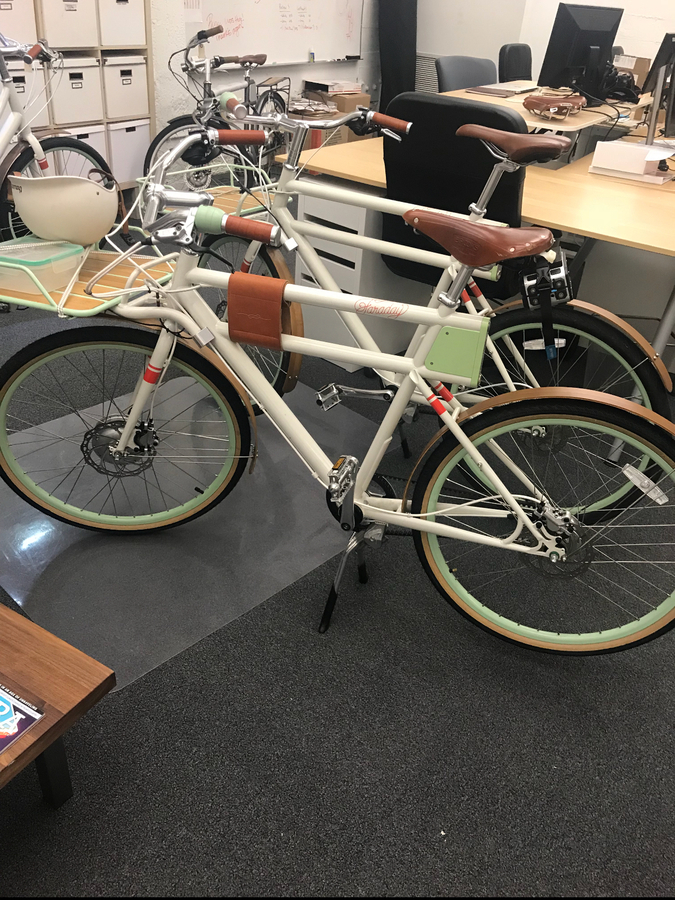 This sexy Faraday Porteur was stolen from a locked/gated area in SF back in January - and from an employee of Faraday Bikes, no less. Fast forward to March, when this recovery started out with an email: 'I am looking at a bike on Craigslist that is the same size and color and want to make sure it's not stolen' ... and it ended with "Bike recovered. Can’t thank you enough.. (the seller) was operating out of Daly City, apparently story goes his (family member) was in federal trouble for theft, he was selling the bike while (family member) was in jail, along with a storage unit of other things." - Editor's note: We here at the Bike Index kind of have a thing for Faradays if you haven't noticed ... and hey just a quick reminder @faradaybikes we would totally accept a coupon for a free Porteur. Please sent it to bryan@bikeindex.org ... please? Maybe you just missed this message from the other Faradays we've helped find but ... hey, I'll be waiting. </i> 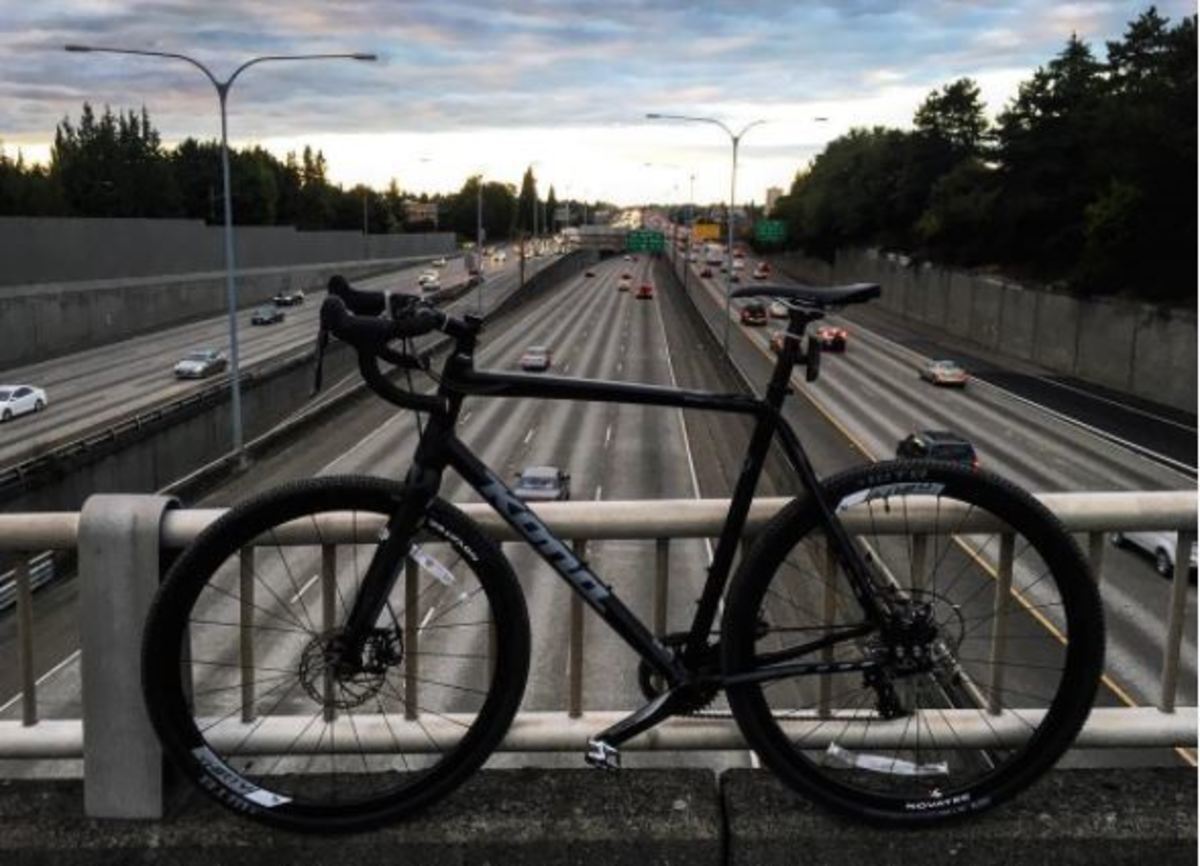 "Seattle MTA police found the bike, ran the serial number on Bike Index, and reclaimed it for me! Bike found at 1st Ave S and 99 in SoDo ..." 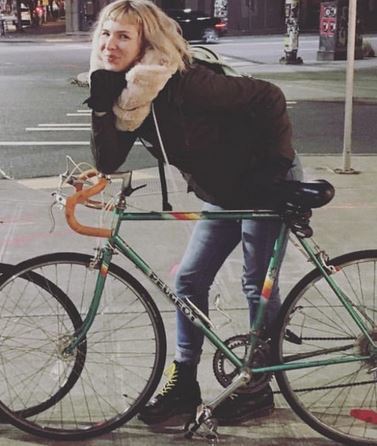 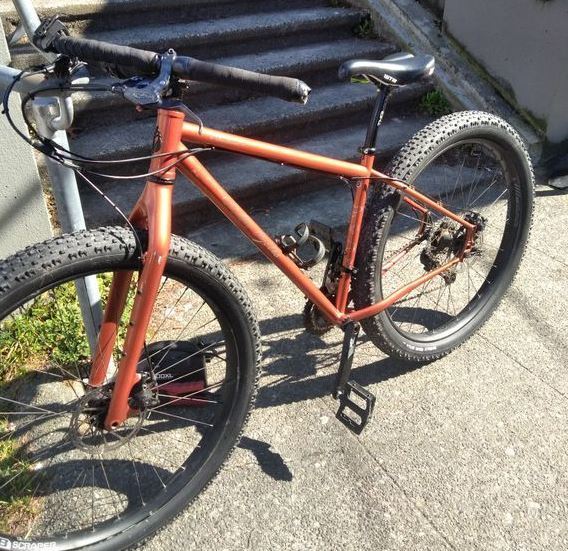 Also technically not a Bike Index recovery, but this stolen Salsa wound up on Offerup.com (shocker, I know) and lead to this writeup on the SPD blotter: "Bike Theft Victim Calls Police to Set Up Sting" - Highlights: "After the victim’s Salsa Deadwood bicycle went missing in the University District, he later found an ad for the bike on Offerup.com. The man reached out to the person behind the listing and set up a meeting outside a grocery store in Fremont. The man then called police, who arrived at the store in the 4400 block of Fremont Avenue North around 3 PM and found a man pushing the orange bike around a parking lot as he nervously eyed officers. The man eventually stood the bike up against a wall and walked away. Police then contacted the 26-year-old man and took him into custody for possession of stolen property. " Editor's note: Bike Index notes that this seller still has an active profile on Offerup. Which is terrible but not at all surprising. 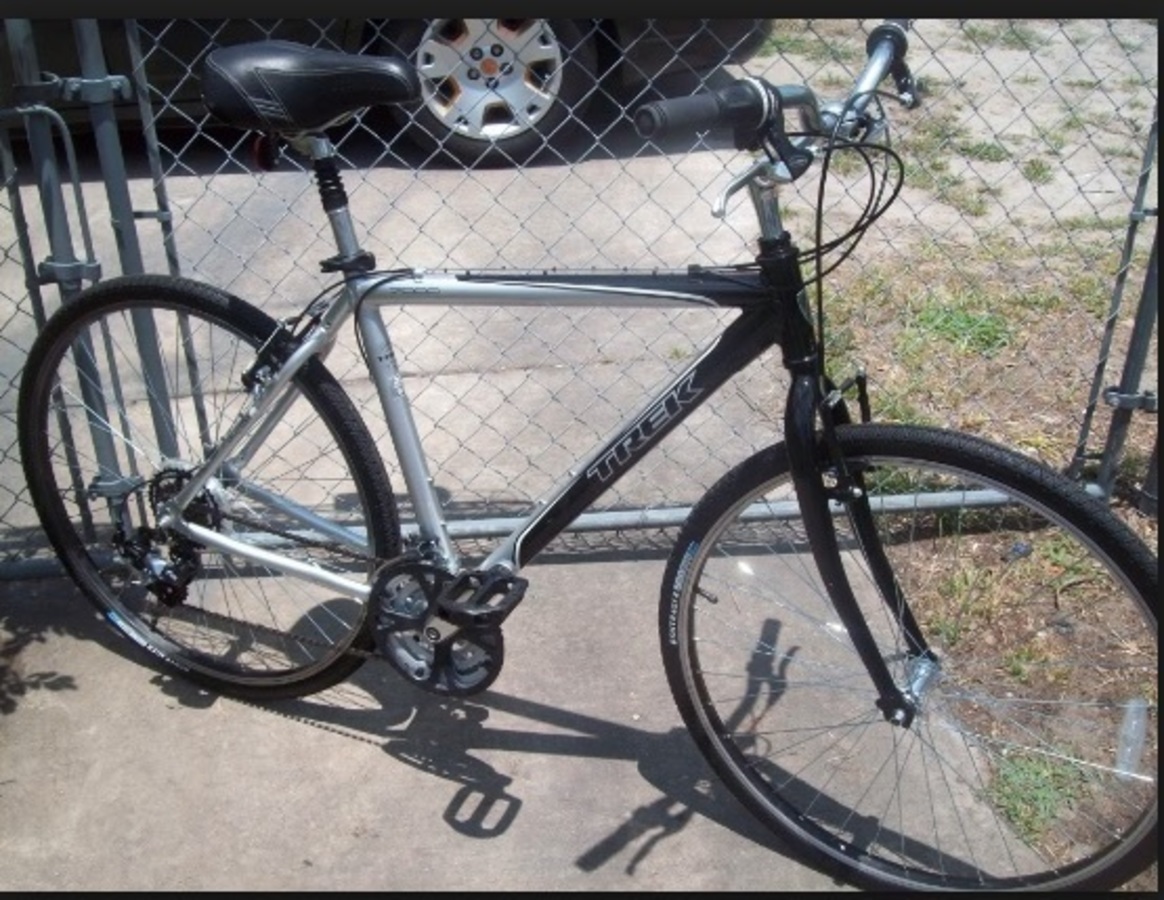 Recovered with no serial on file! "...a good soul that works in a bike shop (Ridebicycles), found it on the street a few months after it was stolen...abandoned...in front of his neighbor's garage. It was sitting for a few days so he checked, found my listing on the site and contacted me...amazing. " 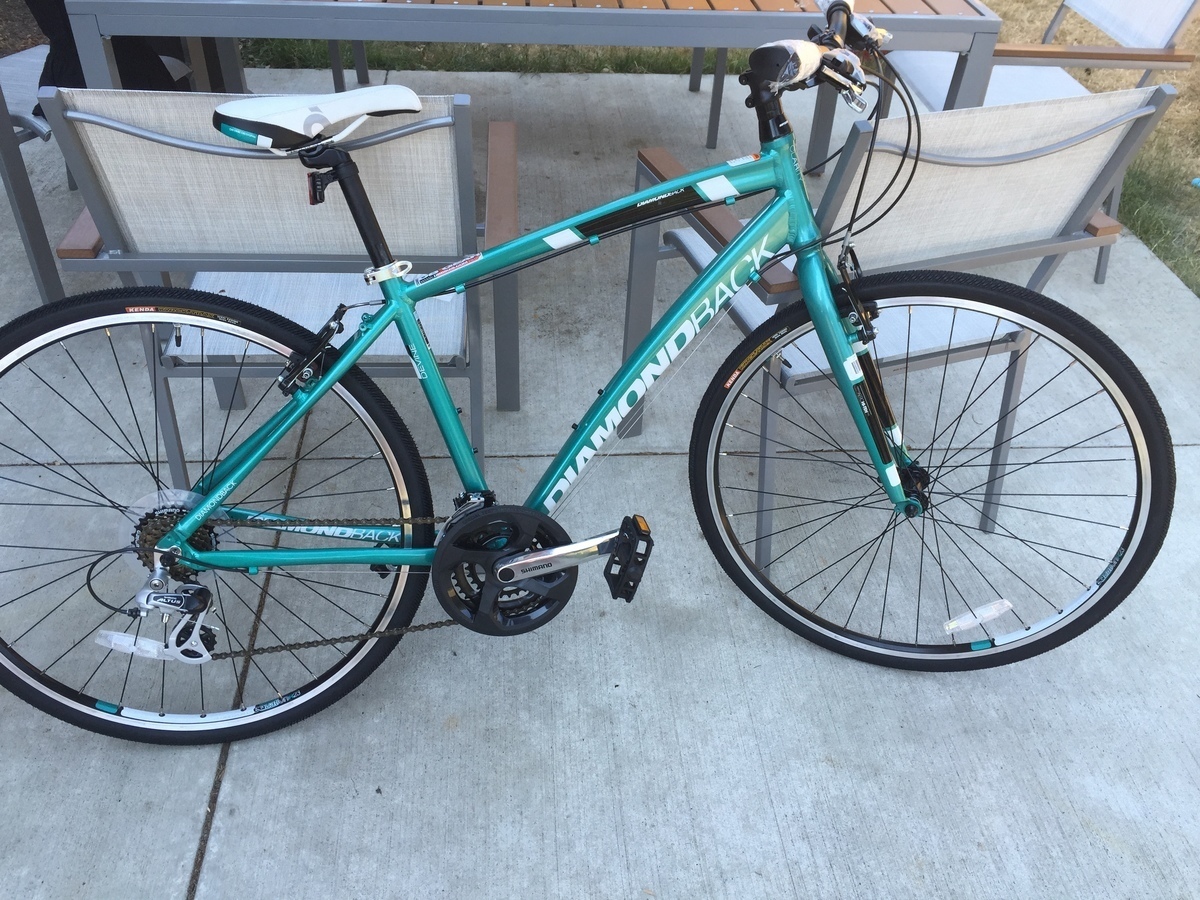 " Good Samaritan found it - and matched it to our Bike Index post. " 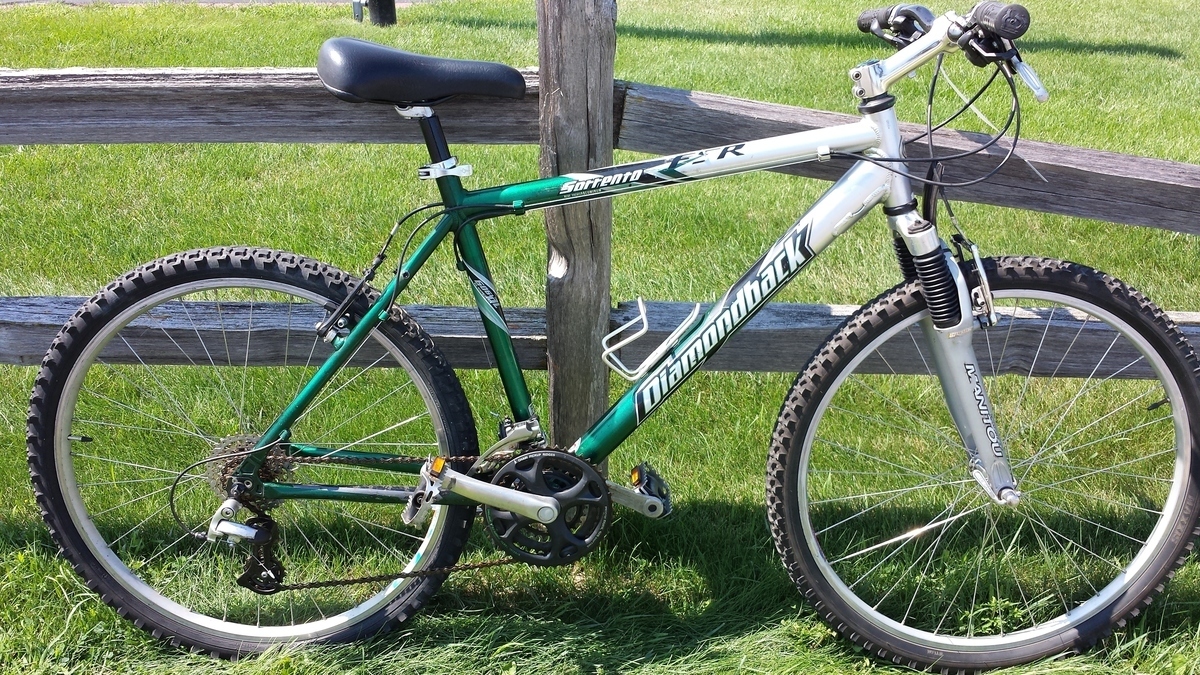 " I am so surprised and happy to have my bike back! I originally came across your site while searching in vain for this bike on Craigslist. There are a few reasons why I am so fortunate - encouragement from your site to report the theft to the police (honestly I was feeling that it was a really insignificant issue to report, but now realize I am helping a bigger community issue) , either you or the police told me about LetGo, and OfferUP. And although it was ultimately word of mouth that I was encouraged to call the investigator after a recent bust, all of these avenues helped and I was able to share these sites with him so they can try to match others with their stuff. When I arrived at the scene there were about 50+ bikes among a lot of construction equipment - apparently the idea was to get cash for scrap metal. Fortunately my bike was under a tarp so not much damage at all. Anyway thanks again, and hopefully before too long I will register a few of our bikes on bikeindex ... "

" Recovered by Portland Police 2 months after it was stolen, I was contacted after the serial number was matched to me. " 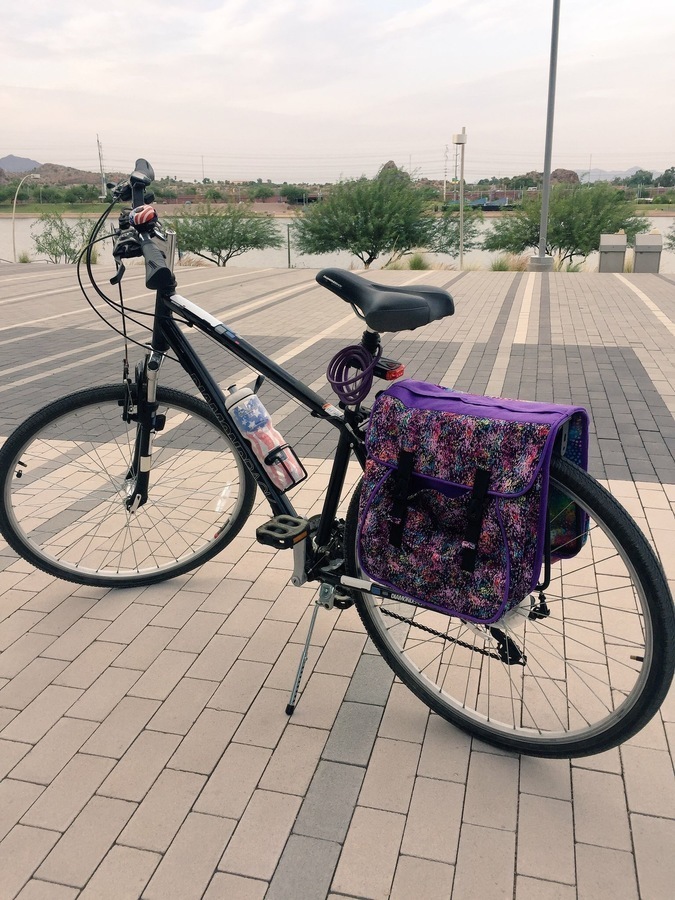 " Found at a pawnshop who ran serial number and contacted the local PD... " 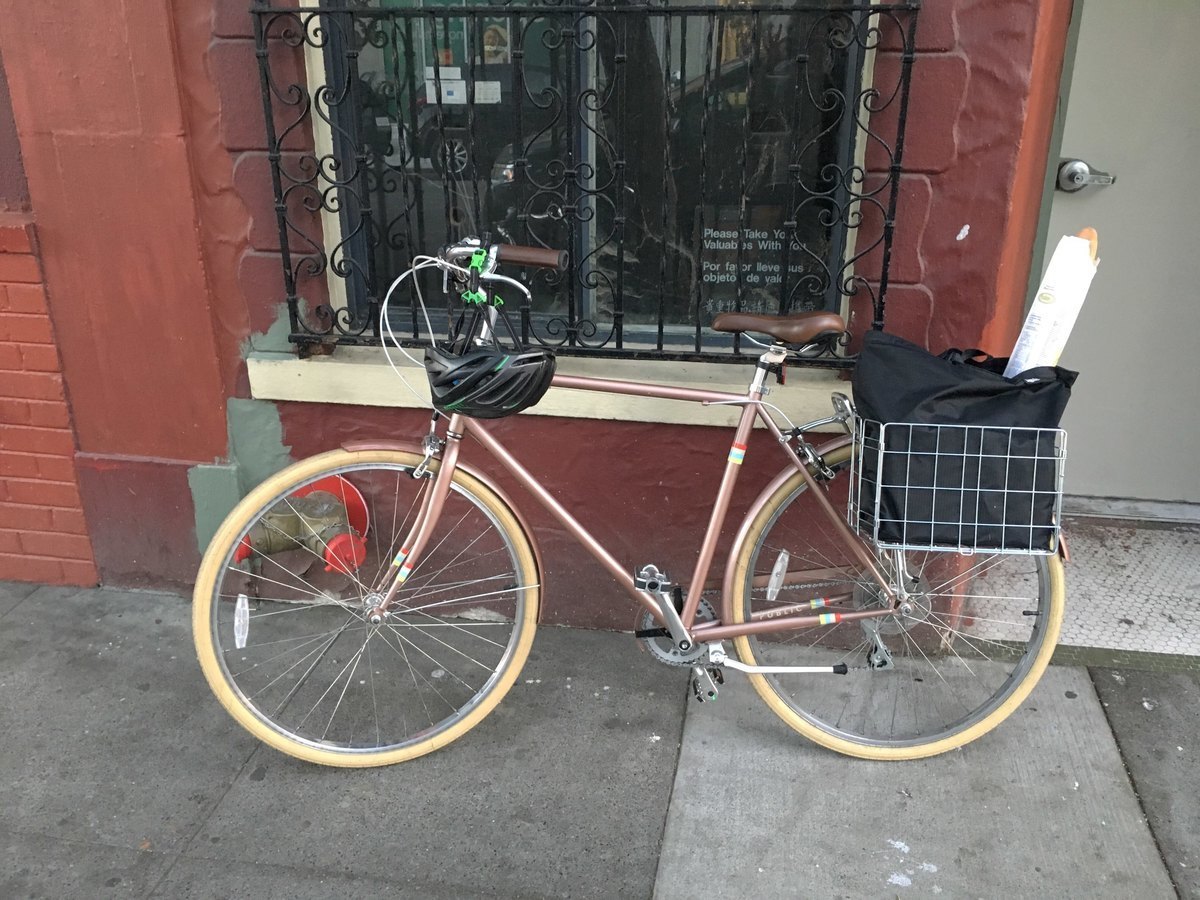 "A very nice man contacted me through Craigslist - I had posted a listing in the sale-by-owner section with photographs and a description of my stolen bike. He recognized it as the bike he had purchased for his wife last Sunday (same day it was stolen) at the Oakland Flea Market. He reached out, we confirmed the serial numbers and he brought the bike to me. I reimbursed him what he paid for the bike, although he didn’t insist on it and felt bad about accepting it. It was nice of him to come forward and do the honorable thing! " Ed note: note how the thieves stole this bike, moved it, and fenced it in the same day.

Not listed here were 2 or 3 cases "still pending" so we'll roll those into the April updates.

And, hey, if you'd like to see your city represented here in all these recoveries - and it isn't - drop us a line! We only work when we have folks helping us out, introducing us to their local cops and shop and riders. So we'd love your help if you would like to get Bike Index up and running in your town. We're contact@bikeindex.org - drop us a line.

Thanks for reading, and keep your bikes safe!