Welcome to the June Bike Index recoveries – aka the 'my inbox is on fire' version.

These servers don't pay for themselves, folks - and $5 goes a hell of a long way here at the Bike Index. So please - kick some support our way if you can. 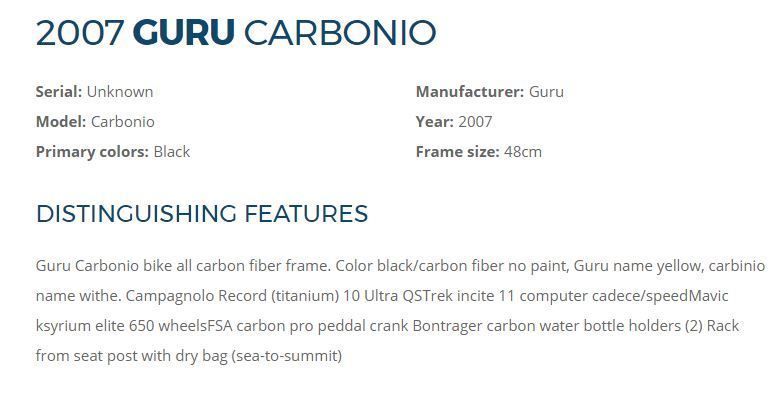 Stolen all the way back in 2010, this distinctive looking Guru Carbonio was found for sale on Offerup: "Given I don't have serial number and I don't have proof that this guy is the original thief (since this is from 2010) ... I drove today to Portland and got/bought my bike back. Just wanted to say how grateful I'm that you found it and reaching out to me. It needs TLC but it is indeed my bike :)" 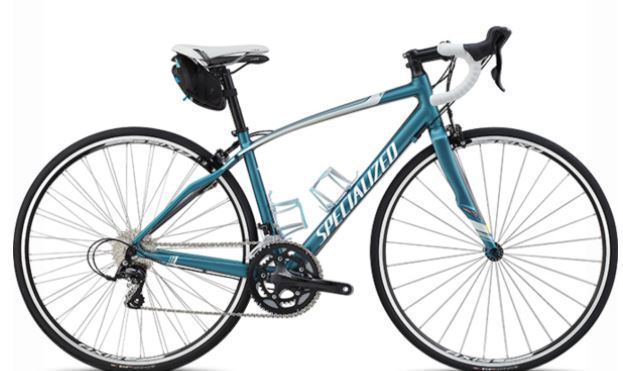 "The police tracked this bike down to a local pawn shop ... " 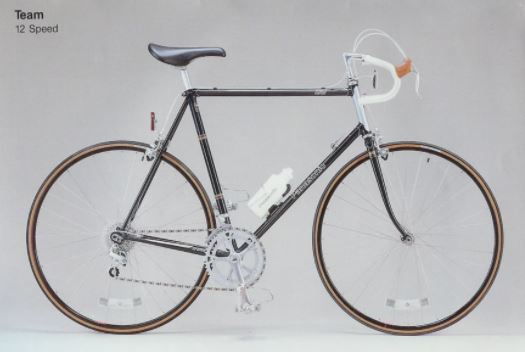 "Call (redacted, name of shop in Seattle) looks like we purchased your bicycle ..."

This Giant Talon was found by the Portland Police, and the owner was contacted via the Bike Index ... 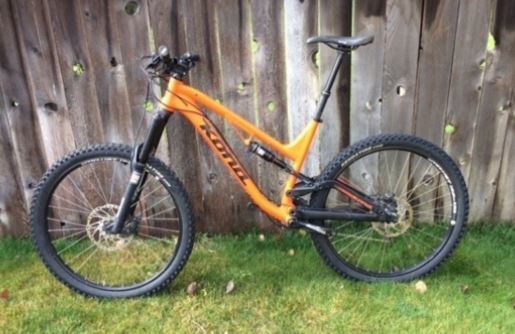 "First saw the bike listed on OfferUp over Memorial Day weekend. Tried to connect with seller but bike sold to the guy that returned it to me. One week later, the guy who ended up returning it to me listed it on OfferUp to cover his medical expenses for his broken collar bone. I was notified by several members of Bike Index and someone in a lost/stolen bicycle facebook group who knew the seller. He connected us, the seller checked craigslist and pinkbike to see if the bike was stolen before he bought it (my craigslist stolen post expired a few days prior). Seller and I met up and he returned the bike to me."

"Police recovered it and found me on Bike Index, via the serial number ..." 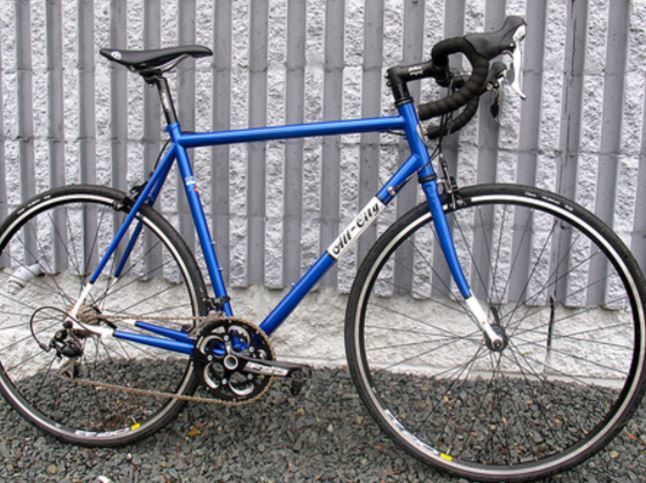 "Someone took it to a bike shop for service - and the bike shop looked up the serial number and called the police ..." 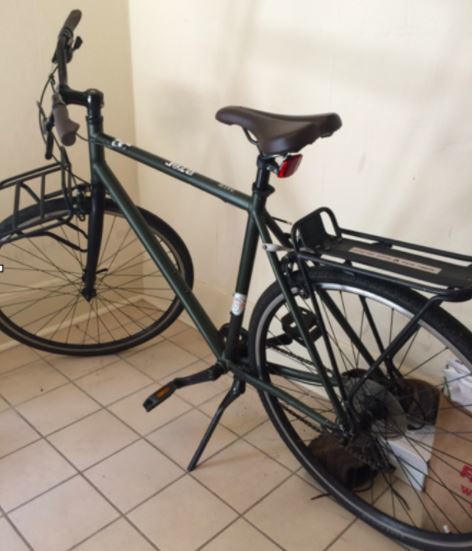 Bike Index had a rare double-recovery on this one: "Thanks to a vigilant community member and Bike Index both of our bikes made it back home within hours!"

Same as above - "Thanks to a vigilant community member and Bike Index both of our bikes made it back home within hours!"

"I found this stolen bike thrown on some bushes in College Park this past Sunday morning. It's well-used but still in decent shape ..."

"Thanks to Bike Index, the police must have matched the serial number ... The police just dropped the bike off. We're stoked!"

"The Portland Police Bureau's Property and Evidence Division has recovered your bike..."

"Got an email from Bike Index that a bike like mine appeared on OfferUp.com. Went to go check out the bike and told the person it was mine - and stolen ..."

"Hello, we have your bike, it was found out front of our shop..." (Ed note: this one was stolen/found in Canada) 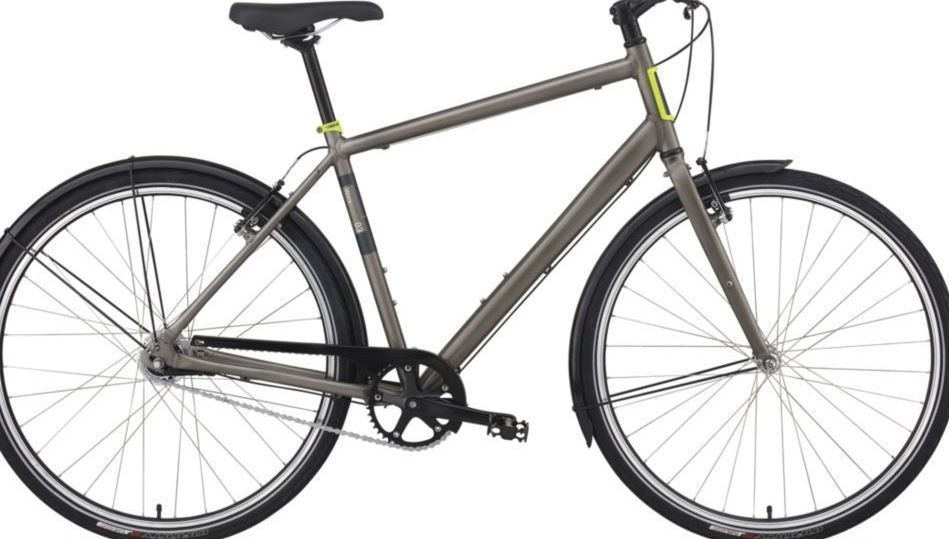 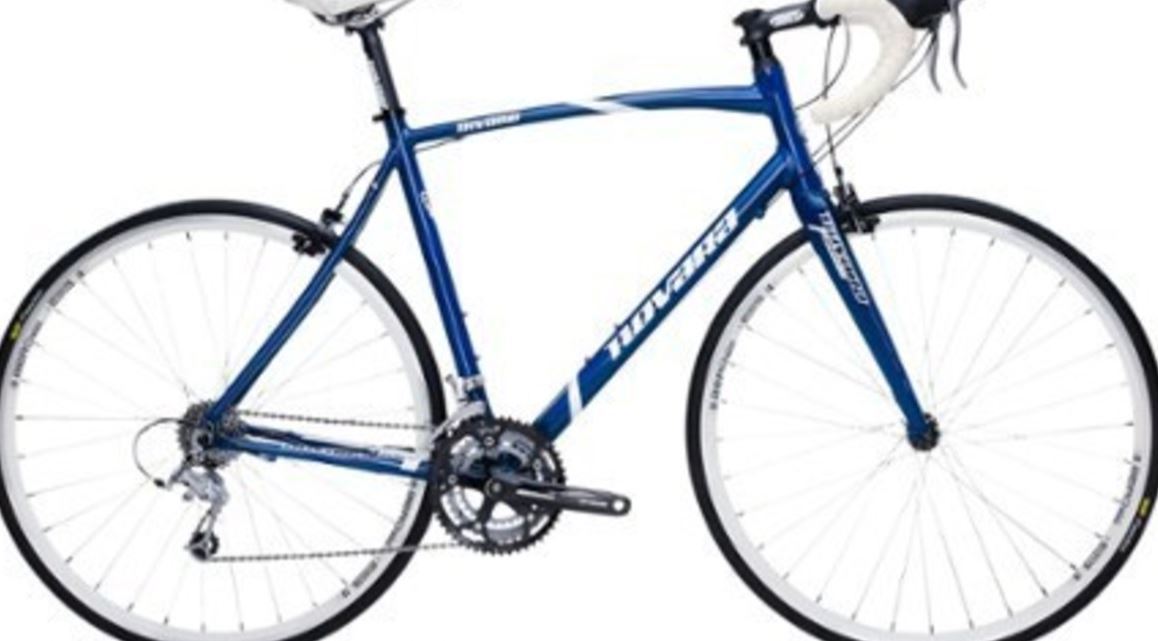 Bike Index note: this bike was a wedding present to the victim, so we're extra happy this one came home - "I got an email from Bryan with Bike Index about a lead and within a couple hours he passed on an email from an Officer with Portland's Bike Theft Task Force. They provided the contact information of the person with my bike and I set up a meet time and retrieved my bike, unfortunately with a few missing parts :( My bike was stolen 3 weeks ago and I thought I would never see it again. Bryan was really great and super helpful and I got my 'wedding' bike back!!! Thank you so much again, I don't think I would have gotten it back without you guys and the amazing work you do!"

Bike Index notes: Another Portland Police Bureau recovery ... this one, like many, was made with no serial on file. 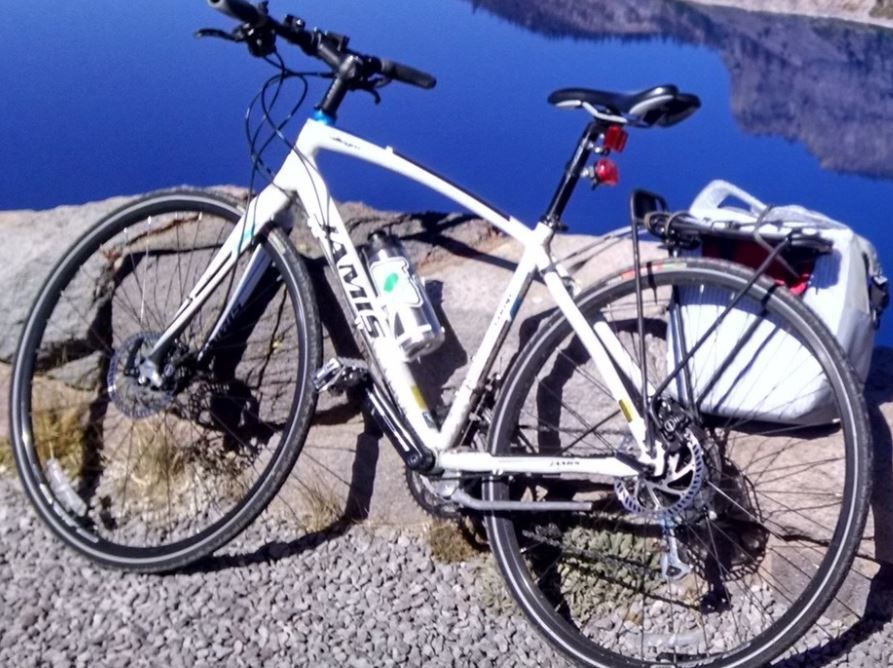 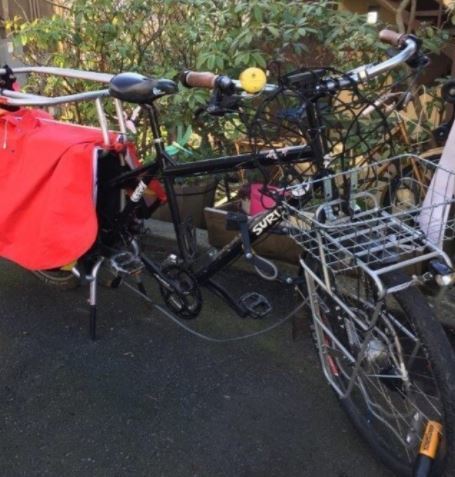 "Was brought back by someone who said they bought it ... and then looked it up on Bike Index and wanted to return it ..." (Ed note: for those of you keeping score that's two cargobikes this month so far ... ) 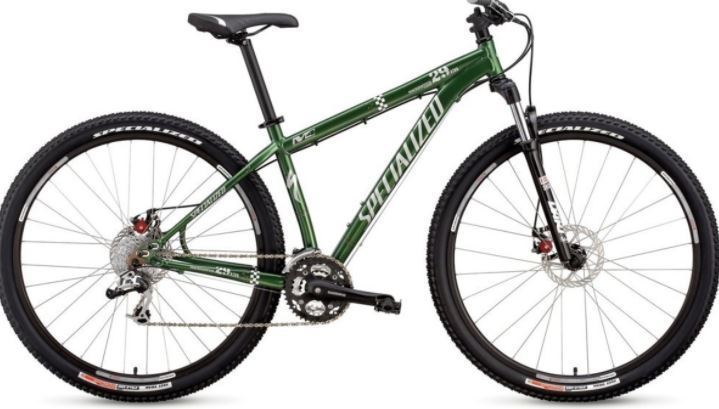 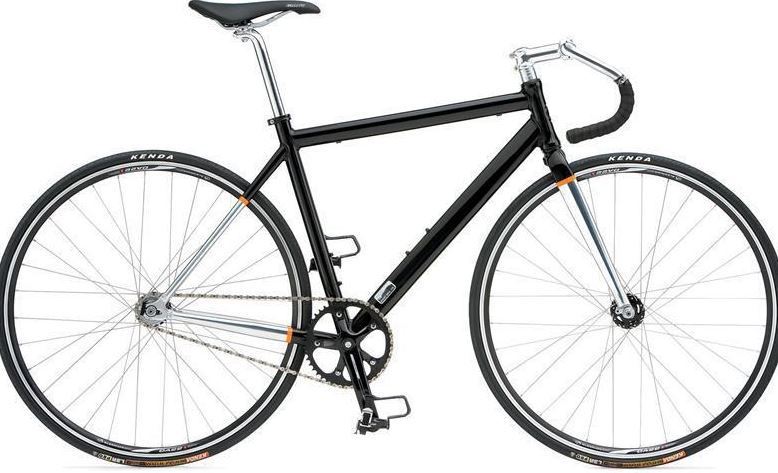 "A decent person spotted someone who wanted to return to owner helped him do so. Glad to know good folks are out there!"

"Hello, I bought your bike online. I've called Salt Lake Police and waiting for an officer to call me back ..." 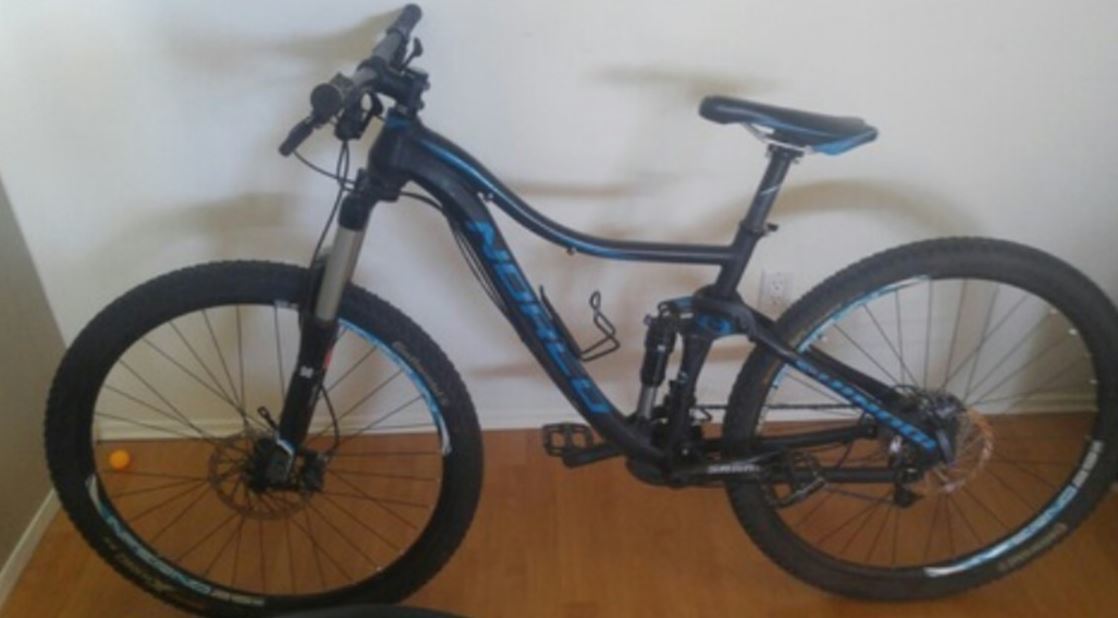 "A good Samaritan returned bike. It was found abandoned and in rough shape with different handle bars. Will be insuring the bike for the future as the handle bars were expensive and hard to replace ..."

"Bike was found via Bryan at Bike Index who notified me a that a (Bike Index) friend found it on a local auction site ..." (Bike Index notes: there's an amazing person here in PDX who goes through and matches all the unclaimed bikes being sold on </b>GovDeals.com</b> with Bike Index reports. That person found this bike, and is awesome. Keep being awesome, D!)

"Portland Police Bureau brought my bike to me last week. Recovered and delivered to me at home. Meth head was riding it under Burnside Bridge ..."

"I have your bike. My name is (redacted) I got it in a RV that I purchased at the Lincoln towing auction. When I looked it up online and saw your stolen bike add I figured it was the same ..." 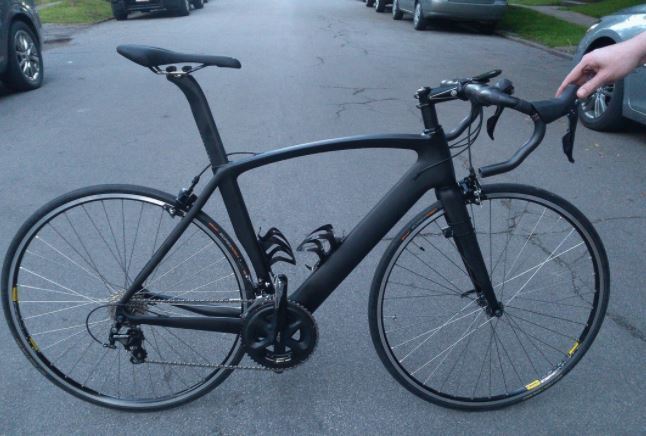 "Someone on social media alerted me that the saw the bike and I was able to recover it ..." 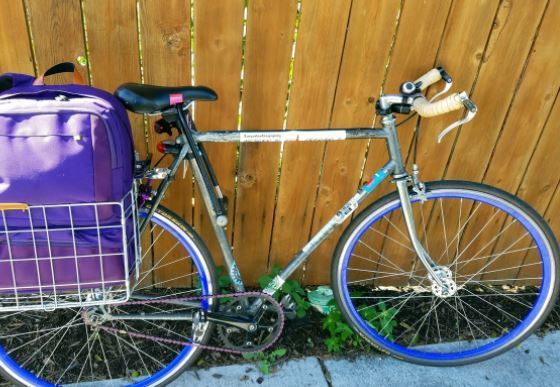 " My bike was stolen the day after the election - insult to injury for sure. Ironically a rioting protester was arrested, and thankfully I knew how important that serial number is. This is a vintage Schwinn Chicago frame - it fits me like no other and has been my special lady for over 7 years. Being reunited was such bliss, but the cops' stolen goods recovery warehouse was a little spooky!" 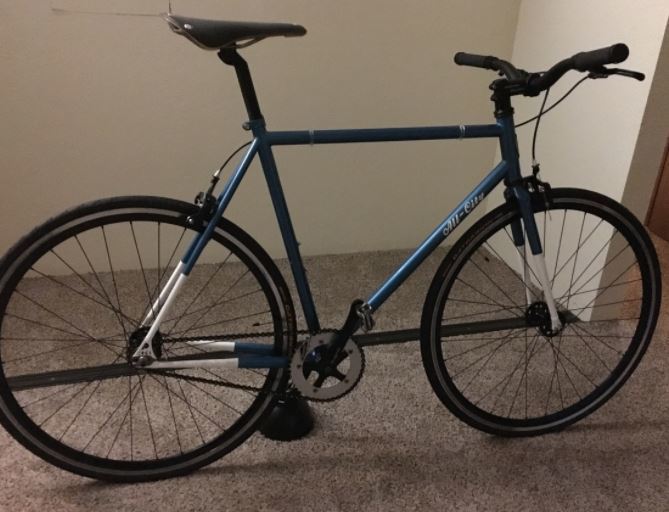 " With a lot of support from the SeattleCyclist Classifieds group on Facebook ... (names redacted) retrieved the bike from a tent encampment on 4th & Spokane and delivered it to my door."

"Located bike. Recovered to Seattle PD Evidence Unit. Reported under incident number (redacted) ... -- later, via owner: Thank you for letting me know this, I'm surprised that it actually showed up and not in pieces" 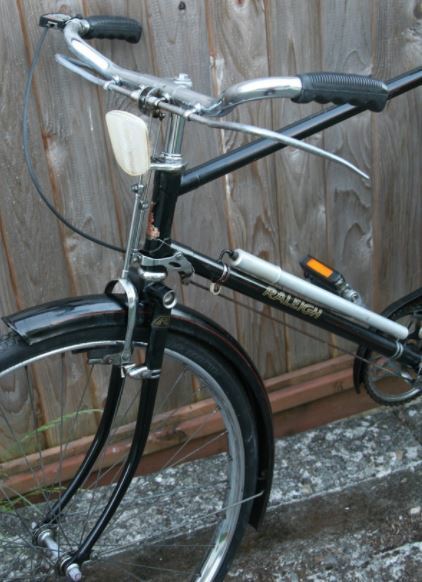 "Someone saw the bike a few blocks away in a random driveway...ulock still on it... and returned it using this posting. THANKS SO MUCH to Bike Index!"

"Someone found it in their backyard bushes, only a few blocks away! Thanks Bike Index and my neighbor who bothered to look it up! It's been my year-round commuter vehicle for 7 years, I am glad to have it home after only 1 week missing."

"Reunited and it feels so good! Long story, but we noticed a semi-abandoned car with some chopped up bikes and a really nice @salsacycles Fargo. Turns out it was registered stolen with @bikeindex and we were able to notify the owner and get his bike back to him! #Reunited #WRITEDOWNYOURSERIAL# (Later, from the owner) Bike Index is a wonderful service! I am so thankful for the good samaritan that saw my bike, looked it up, and sent me a text!!" (Bike Index: better yet, this bike was recovered by the always awesome @cycleoregon) 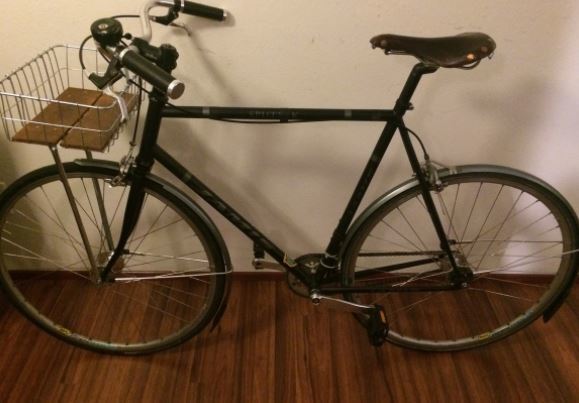 Another twitter recovery saga -- "One of our guys was outside our building on the phone and noticed a very intoxicated, likely transient white male walking 2 bikes. He followed, convinced the person to sit down in the shade, and then grabbed this bike and brought it back to our office at NE 23rd and Oregon. So, it’s here safe and sound ... But no need to worry, the owner just walked into the office! Our offices are actually in the same building, and they were playing basketball a little earlier by our building and it got stolen. Then they saw our tweet and walked down the hall, so all good. Twitter FTW!" 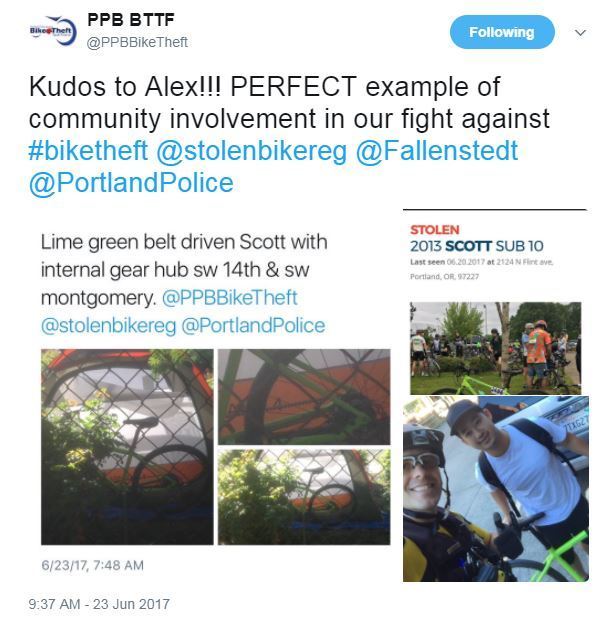 A slam-dunk example of how to get a bike back - a rider spots it, tweets (Portland Police Bike Theft officers) at @ppbbiketheft about it, who then pulled it back - and it's back in the owners hands shortly thereafter. Via @ppbbiketheft "Kudos to Alex!!! PERFECT example of community involvement in our fight against #biketheft" (Here's the original tweet - props to @Fallenstedt) 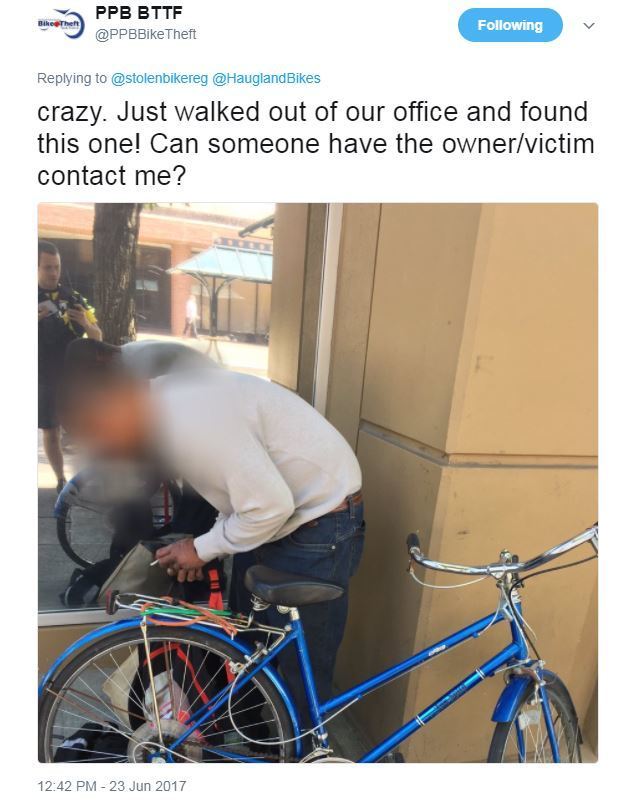 Pretty much immediately after they made the bike recovery shown above ... the @ppbbiketheft guys walked out of their offices and ran smack into this one, too. They ID'd it in the Bike Index and got it back to the owner, Haugland Bikes 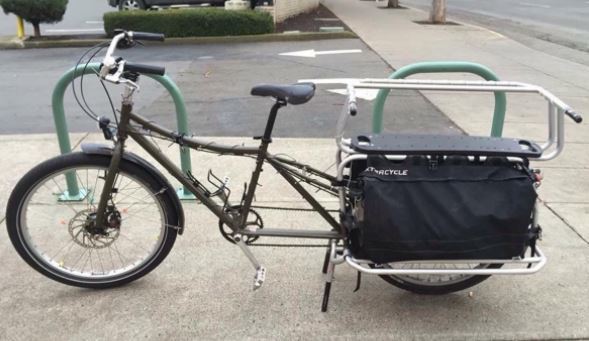 "A man purchased the bike from a property in his neighborhood located at (removed) in January. At the time he was not aware that the $150 he paid for it was far under the $2400 value. He became aware of how expensive these bikes are and was suspicious. He took it to a local bike shop and asked them to help him determine if it was stolen. They looked on Bike Index and found my stolen bike report ..." (Ed note: that's three cargo bikes so far ... ) 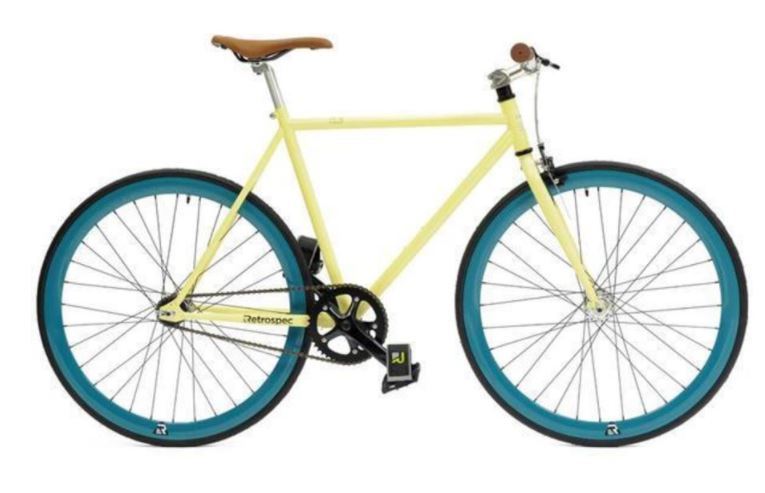 "Someone messaged me via the Bike Index and pointed me in the right direction! Thanks y'all!" 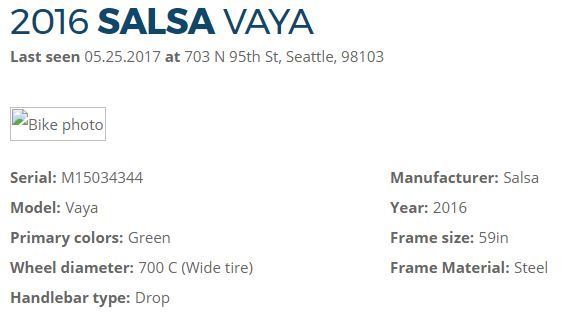 "Brought in to our neighborhood LBS, who checked Bike Index and repossessed the bike!" 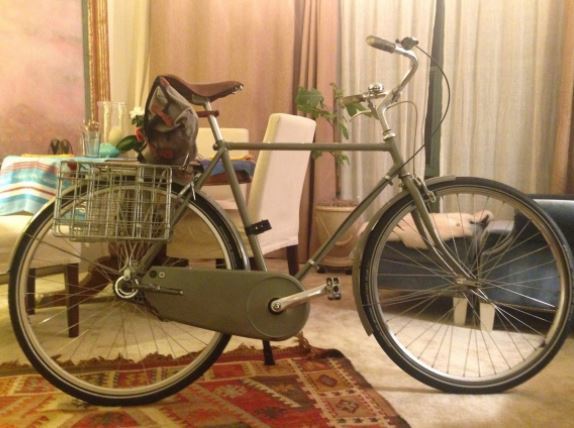 "Via a video posted on NextDoor. I contacted the poster, went to the location (a tent city under hwy 101 in San Francisco) and saw my bike. I call SFPD, they came and I have my bike back." 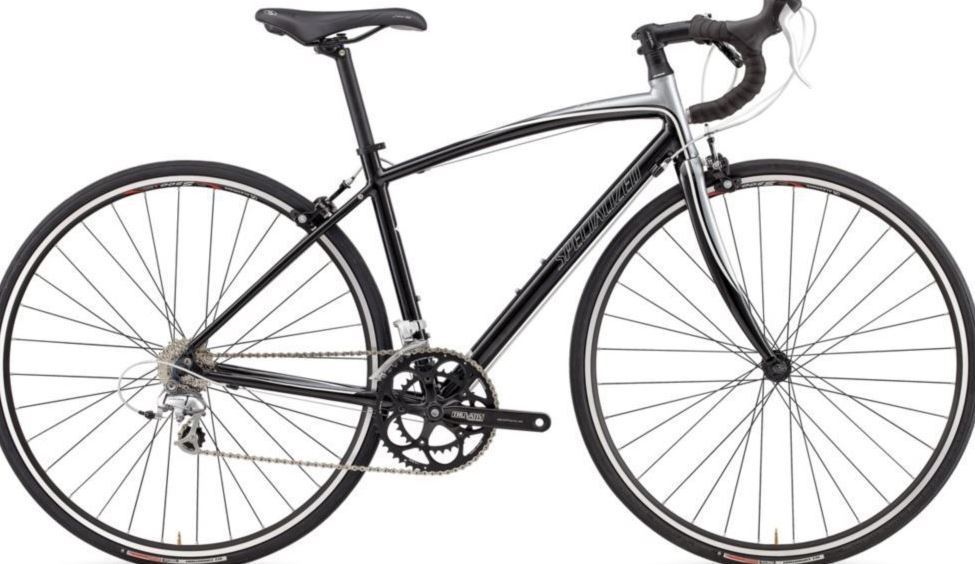 "I am the Warehouse Manager for (redacted) in NW Portland. We had one of our delivery vans stolen over the weekend. We recovered the van yesterday, and I believe your bike was in it. I have it here. Description and style match, as does the serial ... " 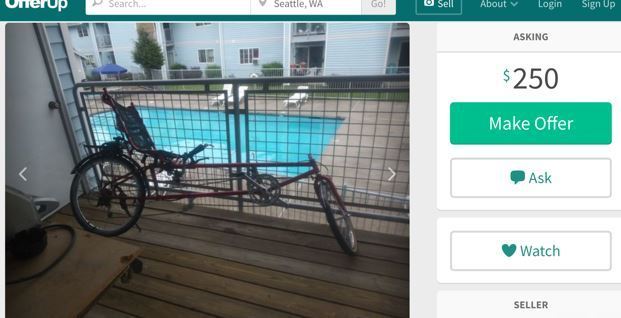 We already helped this owner get a stolen bike back months ago, and then he followed up when he found the 2nd one for sale online: "This story gets even crazier. On Father's Day I found the Vanguard on Offerup for sale. It was stripped, the basic bike, rear rack, and wasted tires. Apparently they could not figure out how to pump up a Presta Valve. His 2 pictures on his post showed about which city he lived in, a pool and apt. complex behind the bike, good enough to even tell which apt. he lived in and where. My theft was City of Portland, but all they could off was to call Burglary Detectives on Monday. Sunday I drove out ... and flagged down one of their policemen .. and I showed him serial and supporting proof of my ownership. Within 30 minutes he checked it out and called me there to load up my Ryan." 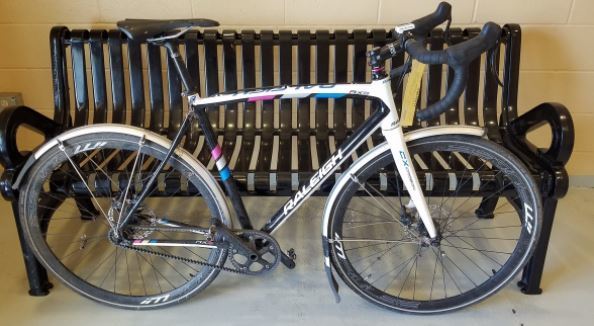 "Portland Police matched the serial from Bike Index and gave me a call. Bike is completely intact (down to the functioning speedometer). Really stoked! "

Lastly, speaking of bike theft ... Bike Index got to help out Minhyeong Kim after his bike and ALL of his gear got stolen in Portland only 35 days into an epic 2-year journey from Canada to Argentina. We were so, so, so bummed to see this happen that we had to help out.

For more on this, see

Portland really made me proud on this one - the amount of support and goodwill that came out of Min's theft was amazing, and everybody here at Bike Index is excited to watch his journey unfold on Facebook over the next couple years. Say hi to Argentina for us, Min!

Keep those bikes safe, and we'll be back in July, which promises to be equally busy.