Welcome to 2019! Let's start it off on the right foot - with a bunch of bike recoveries.

January kept us on our toes - in this month's edition, we have:

Before we get started: Recall that Bike Index is a 501(c)(3) non profit. We love catching thieves and finding stolen bikes - but we could always use a little help. 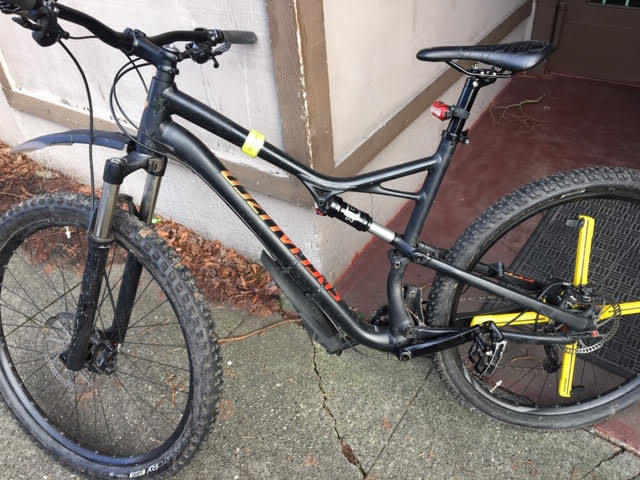 A Seattle PD detective emailed us about two bikes he has recovered along with others ("Any owners for these? I identified 2 other bicycles not shown from Bike Index...") - and we quickly realized we had the owner's report on file and we were able to connect the two parties. From the owner: "My wife and I had these bikes stolen earlier this month on December 12 ... I filed a police report and was in the process of making an insurance claim." Thank you SPD for taking bike theft seriously - and for using Bike Index! 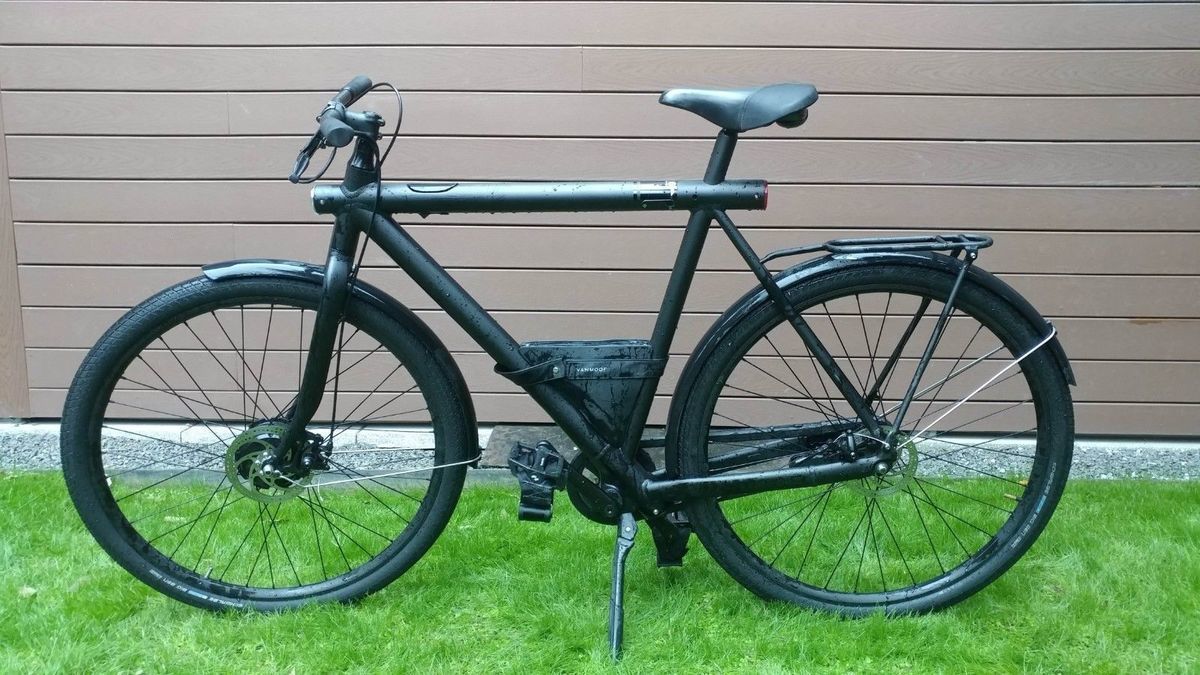 Not sure how much of a hand we had in this one other than general awareness, but half of Portland (ourselves included) were keeping an eye out for this bike, because the owner was actively tracking the thing thanks to its built in GPS. So, the Reddit and Twitter threads on this were pretty fun to watch. Later, it was recovered with Beaverton Police assistance: "Police recovered the bike after I tracked it on the (Portland OR) MAX train" 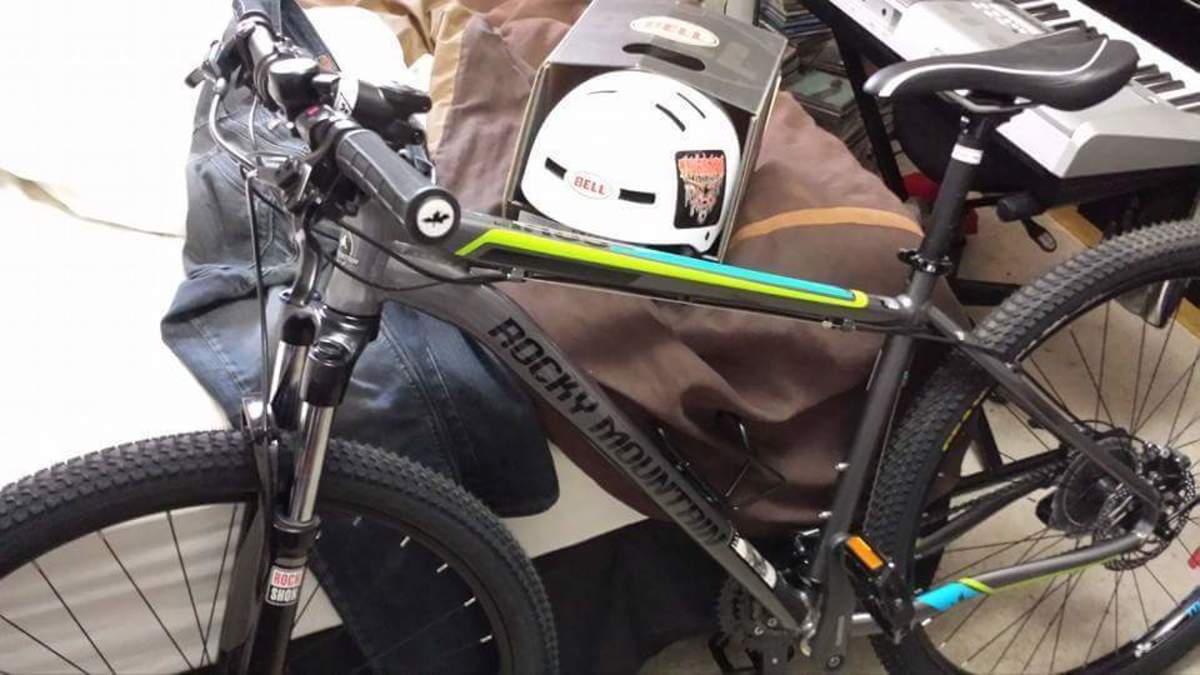 A Stolen Bikes Edmonton score: "Here is your bike - posted on Letgo. " 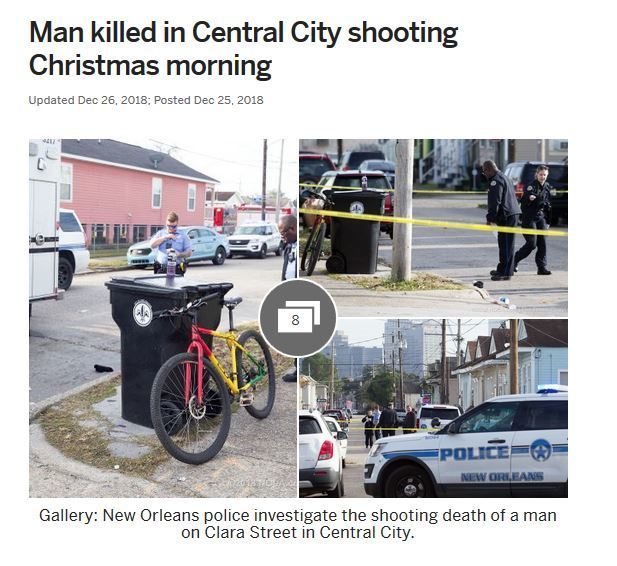 "It was being ridden by the victim of a murder on Christmas morning 8:45 on Clara St in Central City in New Orleans, LA. Police brought in the bike with the victim. A Local paper ran a picture from the scene and this bike was leaning on a trash can. NOLA.com posted it online. StolenbikesNOLA (FB) users alerted the group. Crowdsourced bicycle theft recovery for the win!" 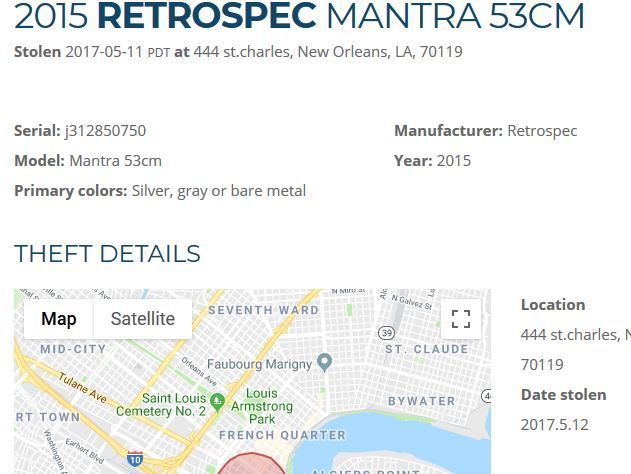 "Hey this is Dean from Stolen Bikes Nola - we recovered your Retrospect ..." 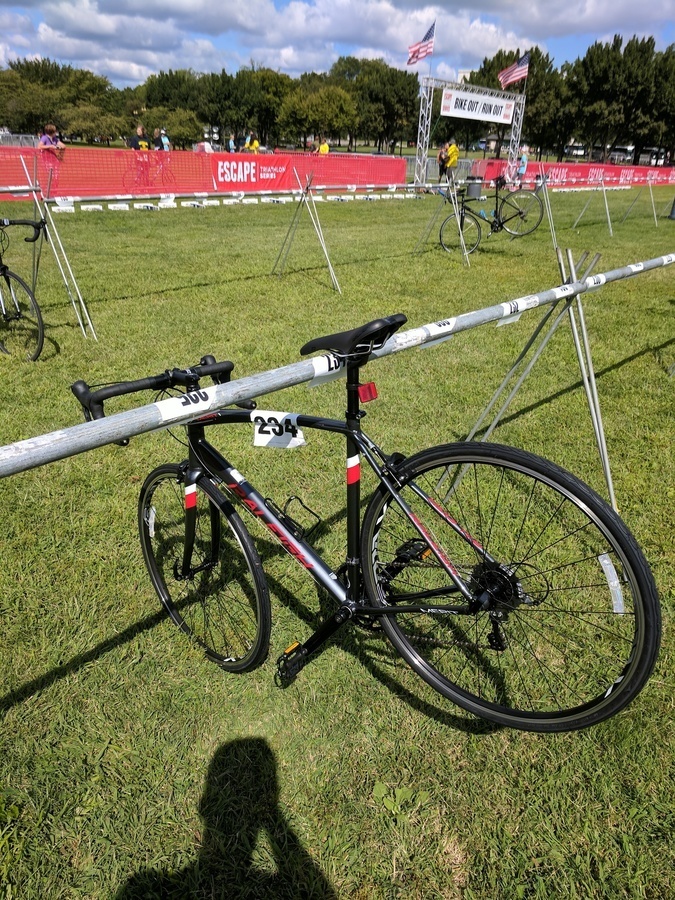 "I think your bike is on Letgo ... Later, from the owner: "This posting on Letgo turned out to be my bike! I could tell from some in the small details (like the lock holder and the film/glue residue on the center bar) in the posting's picture that it was probably mine. I contacted the seller who agreed to meet me. I called police on my way to the meeting location. I met with the seller and looked at the bike's serial number which matched my purchase slip. Officers arrived soon thereafter and released my bike to me when I showed them that the purchase slip and the serial number on the bike matched." 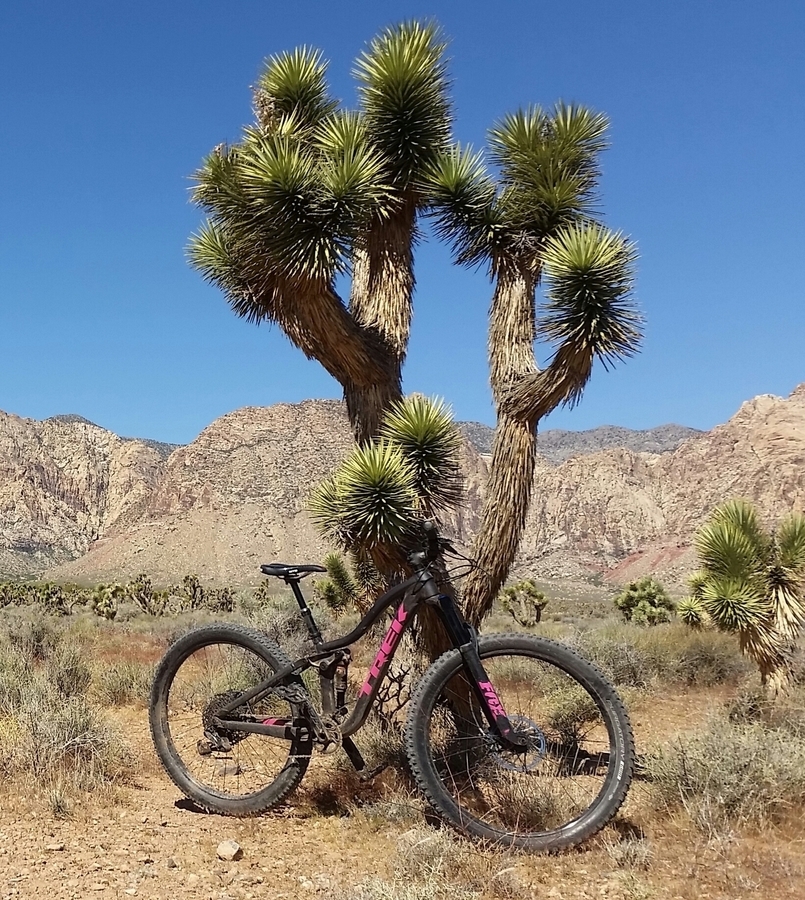 "Another Bike Index user saw it for sale! Police Department did a sting operation & got it back!" 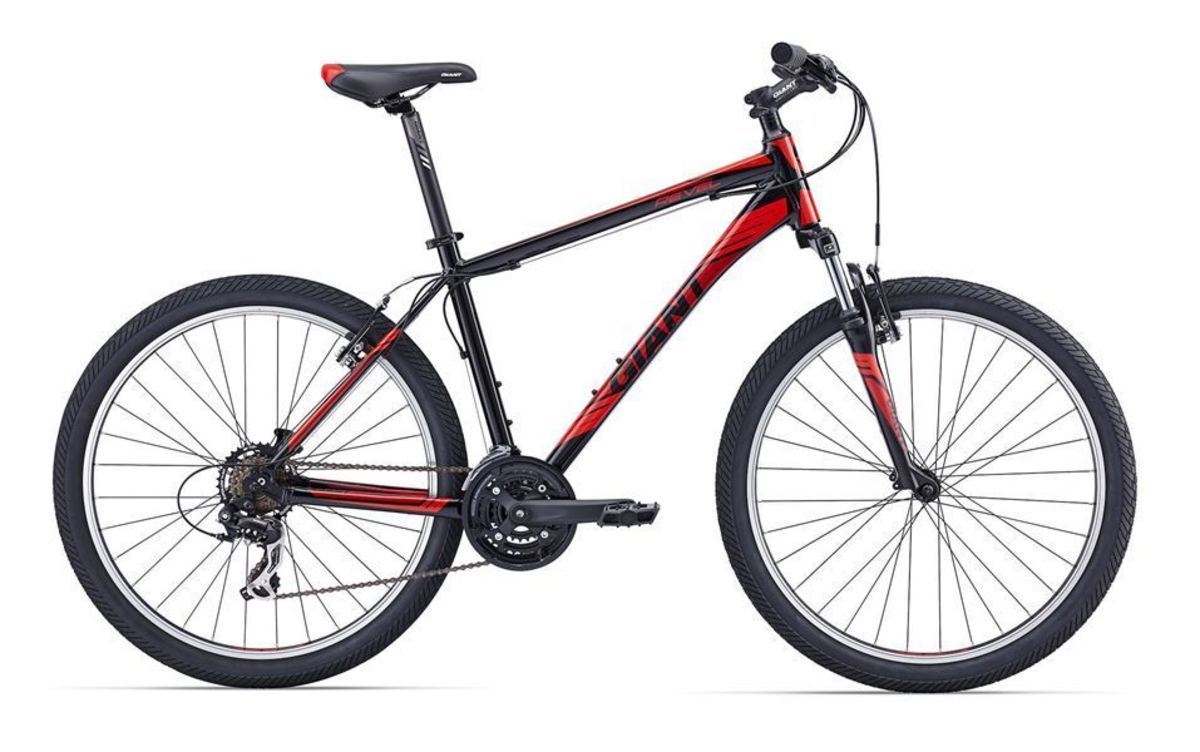 A double recovery! We were in the middle of responding to this email when we realized - wait a minute - didn't we just email this owner about another bike we recovered for them? And we had! "Question - is this is the 2nd bike EPS/Stolen Bikes Edmonton has recovered for you, isn't it? I recall there was another before this one, yes?" Owner's answer: "Yup! The other bike was my fiance's, they were stolen at the same time... " A double recovery for the same victim! This really shows how well this system works ... 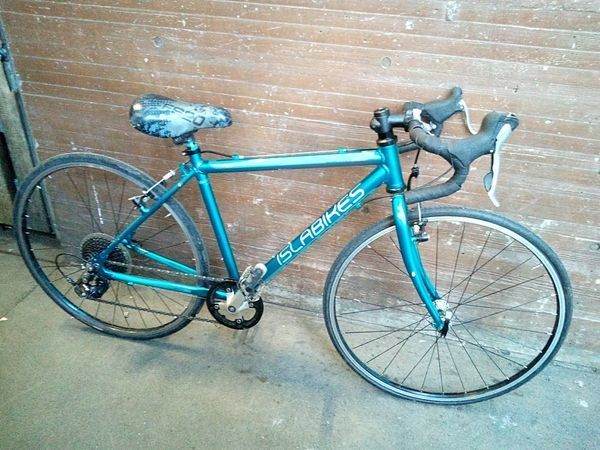 Another case where we've recovered multiple bikes for the same owner(s) - @pedalpt has been a Bike Index supporter and friend from waaaay back, so when they had this Islabikes stolen from them we kept a keen eye out, because we were sure it would pop up. Sure enough - somebody actually spotted a known local sketchball with it, but that trail ran cold, until (weeks later) it popped up on Offerup, and then again on Craigslist. After that: 'Someone else bought it on Craigslist, took it home, and ID'd it as stolen in Bike Index.' Later the full story came in from @pedalpt:"Someone bought the bike in downtown Portland and then checked Bike Index and saw that it was stolen. He got in touch with Bike Index who put him in touch with us. The bike was returned this morning and we couldn't be happier to have it back!! Thank you Bike Index! So many people were involved in getting this bike back to us. There might be some shady people out there, but this made me realize that there are so many more people watching each others' backs. " 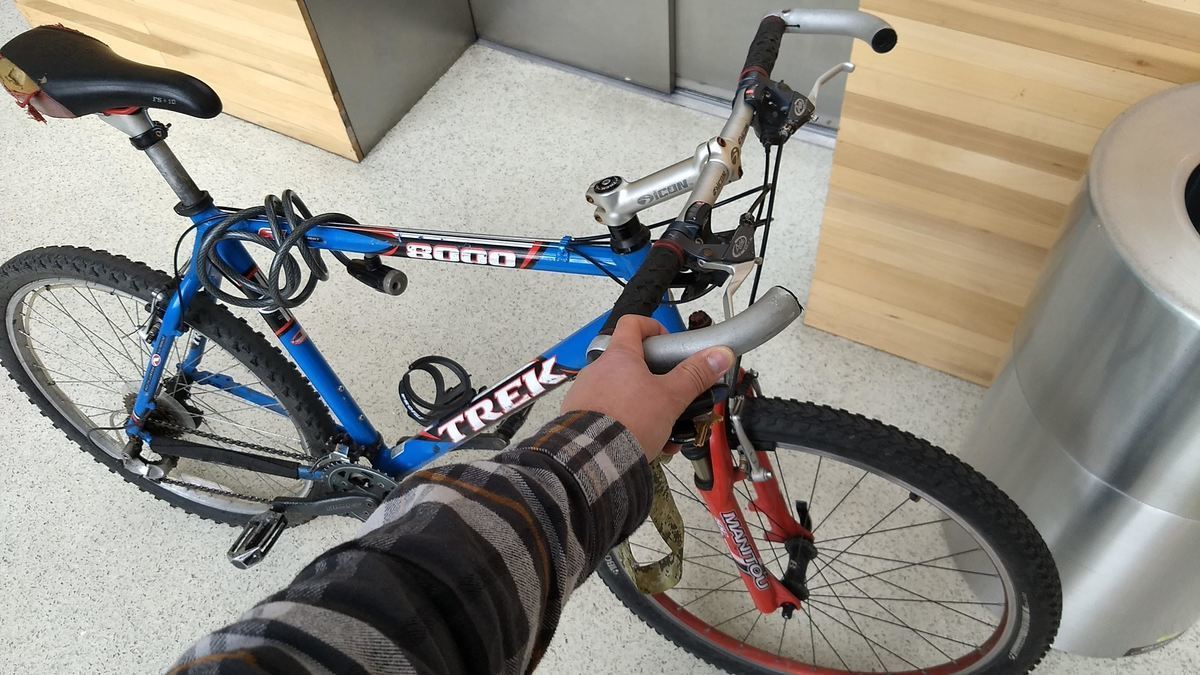 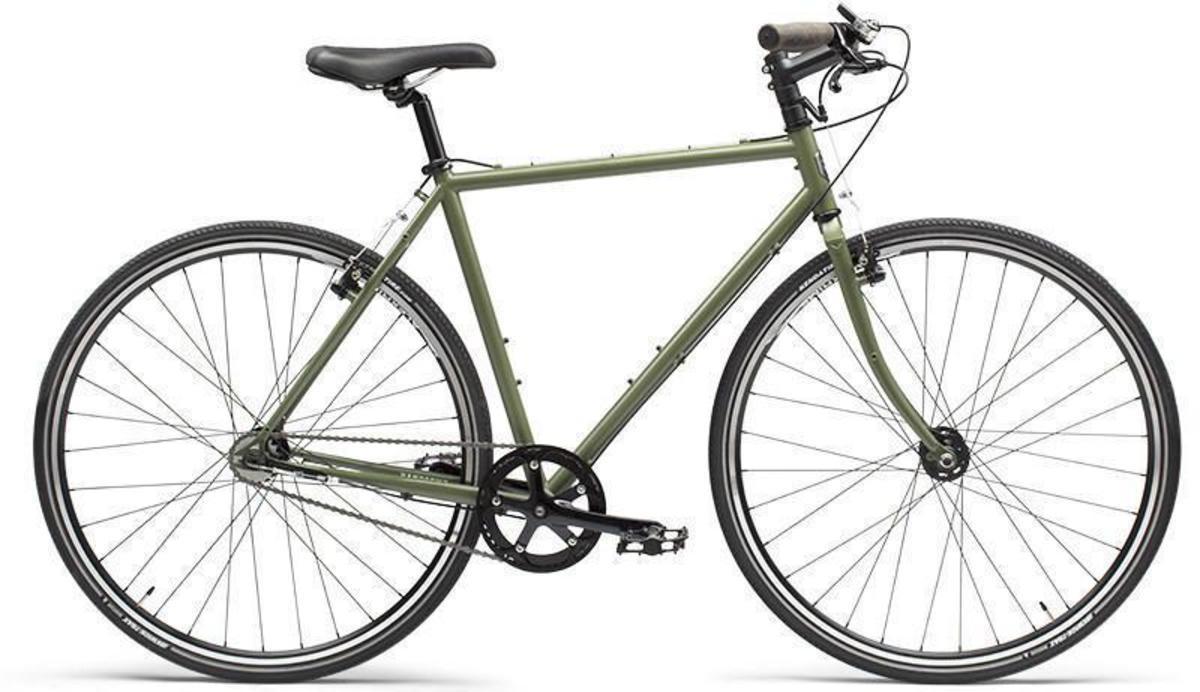 "Found it on OfferUp because of someone on Bike Index - (I) paid homeless guy 80 bucks in a public place (for it) ..." 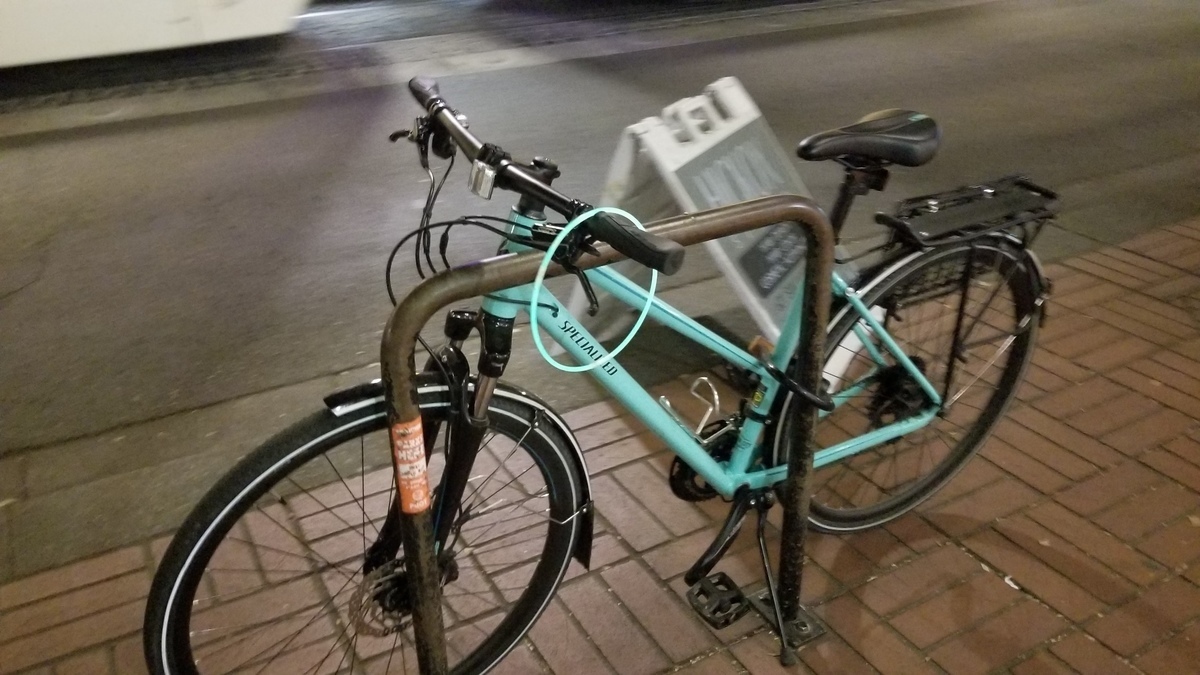 When this bike spotting came in, I decided I had to go out and see for myself - not only because it was close by, but because it was, ah, conveniently located across from my most favorite 'bicycle bar' ever, Apex: " ... your bike has been locked up by Double Dragon (12th & division) for the last week - I put my head underneath the bike and tried to memorize most of the serial number..." (Later, from the owner:) "Someone did my due diligence and found it locked up nearby where I thought I last locked it up." 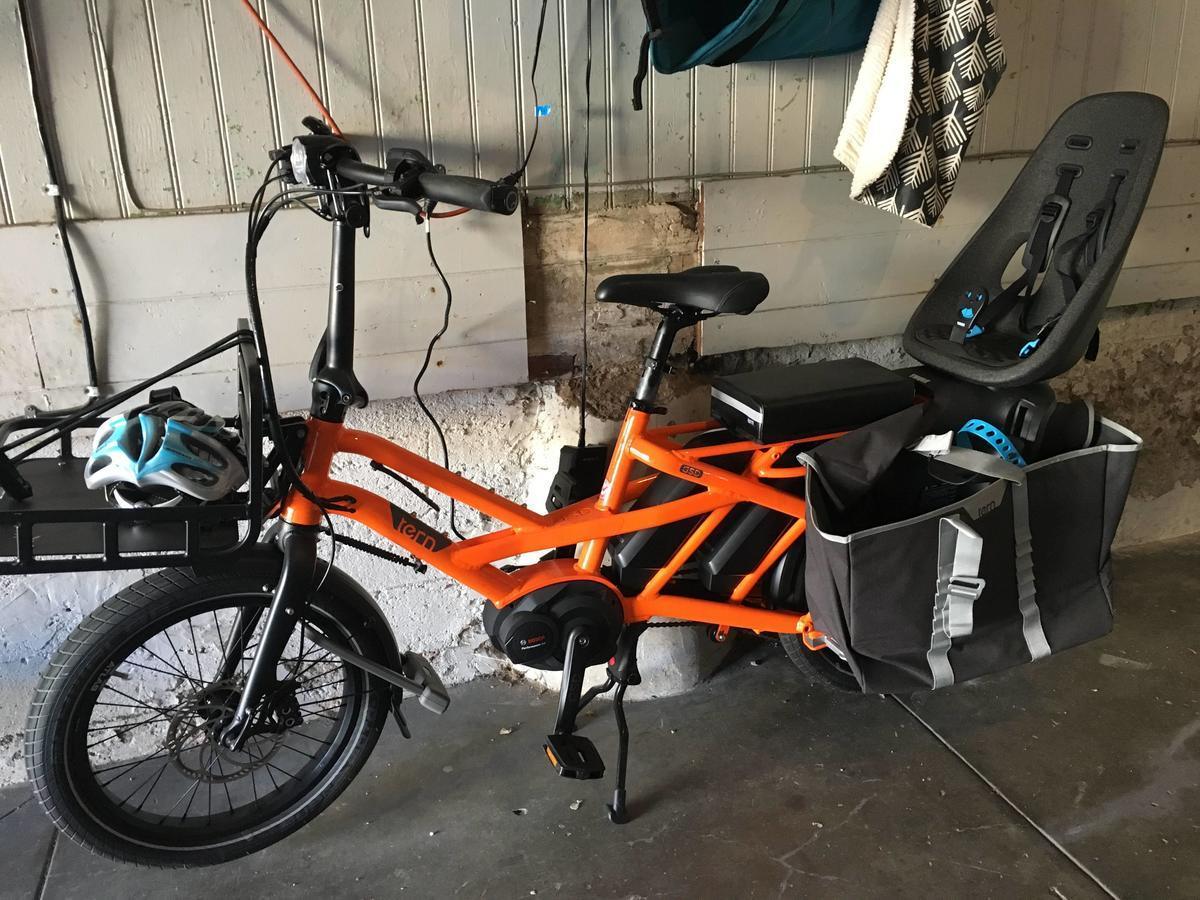 "Call SFPD Mission Station! You’re bike has been recovered! Ofc. Sands" Later: "An SFPD officer checks Twitter every morning for Bike Index tweets. He saw the tweet about my bike and happened to see it on the street in the morning. Whoo hoo!" 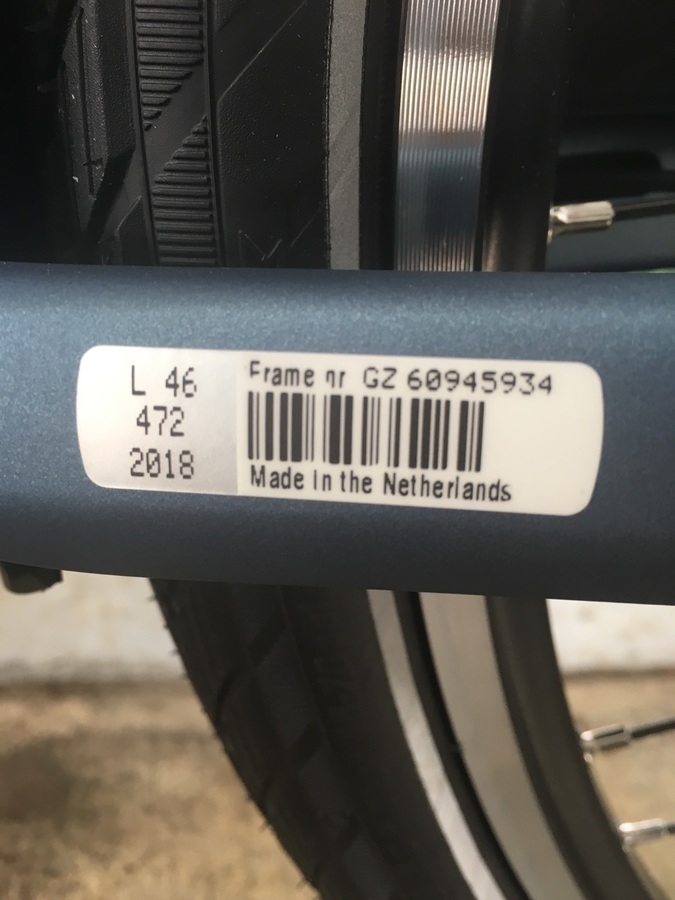 "G&O Family Cyclery called me to say there was someone in the shop looking to buy a new battery for the model that was stolen. The bike itself was cable-locked outside. The guy took-off when he heard the price of a battery, but I drove over and the bike was still there! I recovered it with the help of the G&O staff." 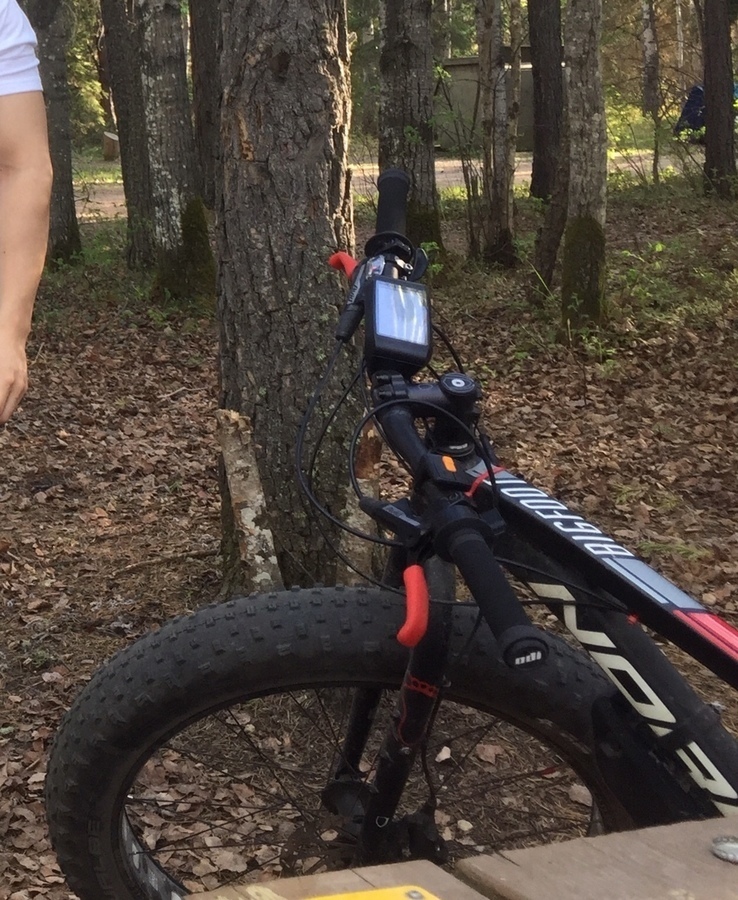 "How the bike was recovered: Unrelated Police Search" 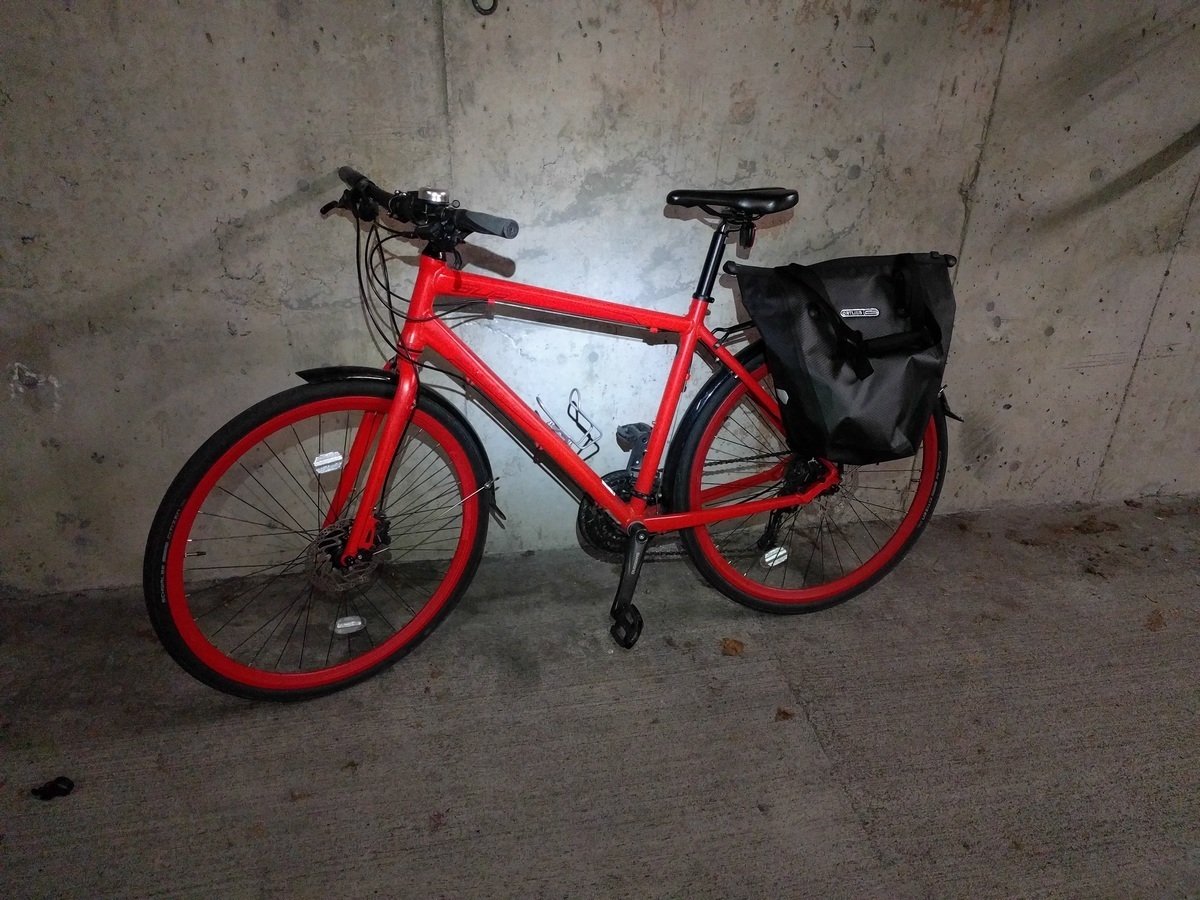 "Someone contacted me after running the serial number on the Bike Index..."

" The police found it. And they just called me and returned the bike to me at midnight!"

"Thanks to bikeindex.org, the Stolen Bikes edmonton FB page, and the Edmonton Police!" 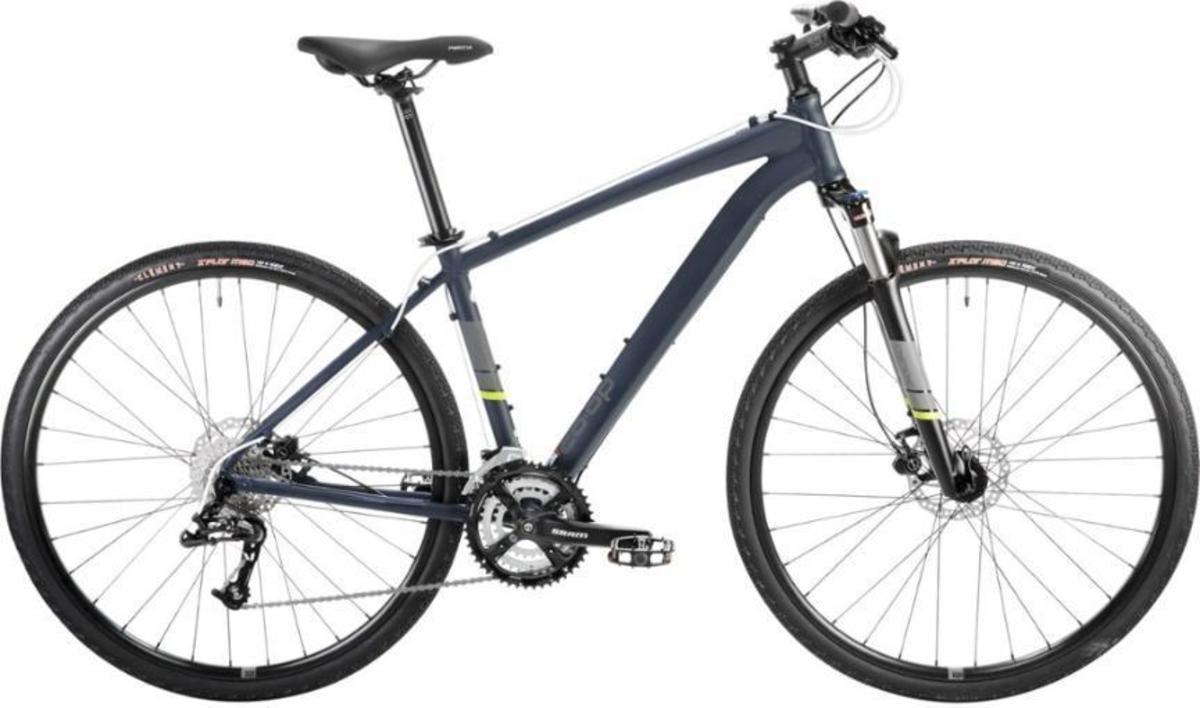 " I just bought your stolen bike for $60 off a dude on the street. Didn’t know it was stolen though, but I suspected it might be. I have it in my possession ... " 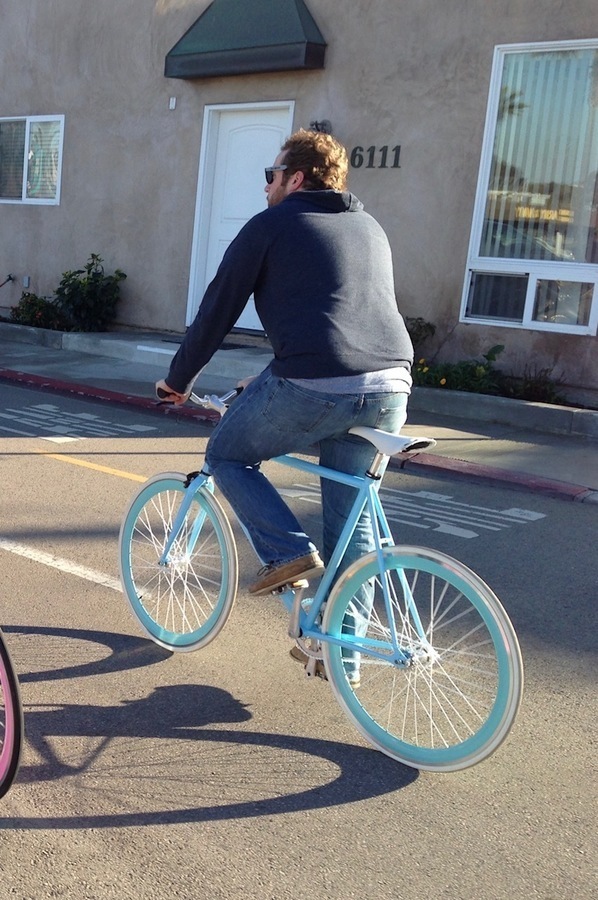 SFPD, continuing to recover tons of bikes - in this case, multiple bikes for the same owner: "FYI : (this bike) was recovered today with an arrest. I recovered the reportee's other Detroit Bike last week - only missing his Santa Cruz bike now ..." 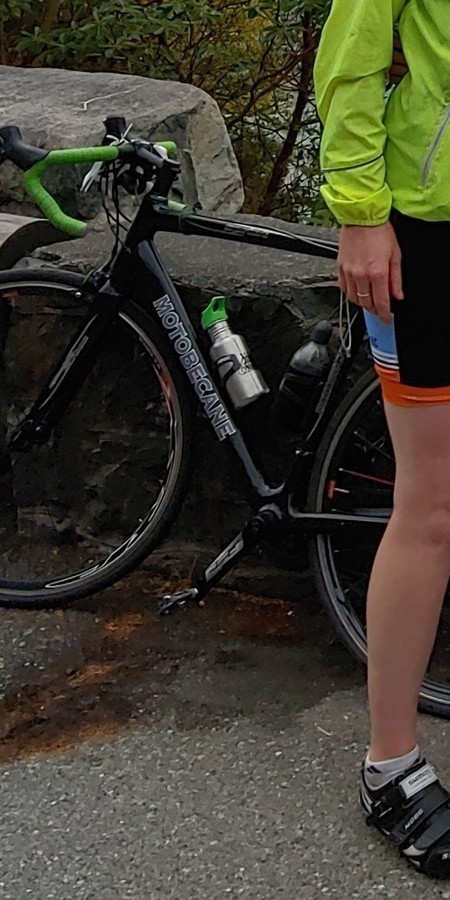 " A homeless person found the bike, took it to a pawn shop to sell and they wouldn't sell it (thank you!) they looked it up on Bike Index and the homeless person called me ... It needs a little work, but I'm so grateful for Bike Index- (without it) the person would have never reached me on my cell, and the pawn shop may have accepted it. Thank you!" 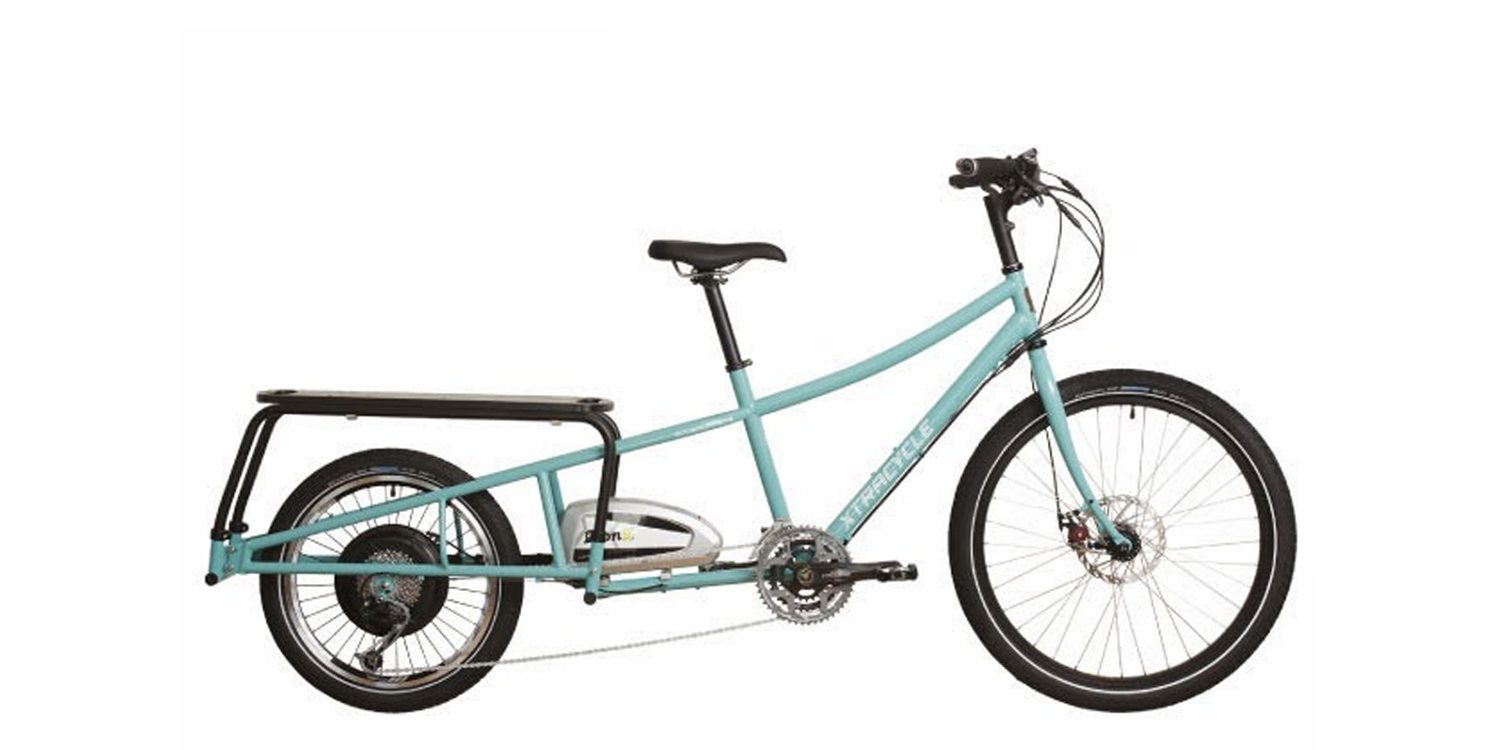 "A good Samaritan purchased the bike at a local flea market. Questioning whether it might be stolen or not, he looked it up and discovered it was. Using the listed information he got in touch and returned the bike. It's been stripped it's special handle grips and saddle but it's back. So wonderful!"

I can't even begin to tell you how much crazy, awesome stuff we have in store for 2019 (we're already putting a lot of it out there!) and we're all very excited to get this year underway.

During what has been a rough couple months here, I'm constantly reminded of all the people out there we owe a massive, massive thank-you to, because our supporters are the very foundation upon which this whole thing works. It's a massive group effort, and I'm insanely proud of the amazing group of people that has coalesced to help us all save bikes Y'all know who you are!