Hello all! We're back with our April 2017 stolen-bike recovery round-up!

Seriously. Sometimes I feel like we're the only ones doing ANYTHING about bike theft - and it absolutely kills me when people don't donate after we've pulled a needle out of a haystack and recovered their bike. If we recovered your bike, and you didn't donate - yes, I'm talking to you.

All these servers don't pay for themselves, folks - and $5 goes a hell of a long way here at the Bike Index. Please kick some support our way if you can.

Now - onto the bikes! 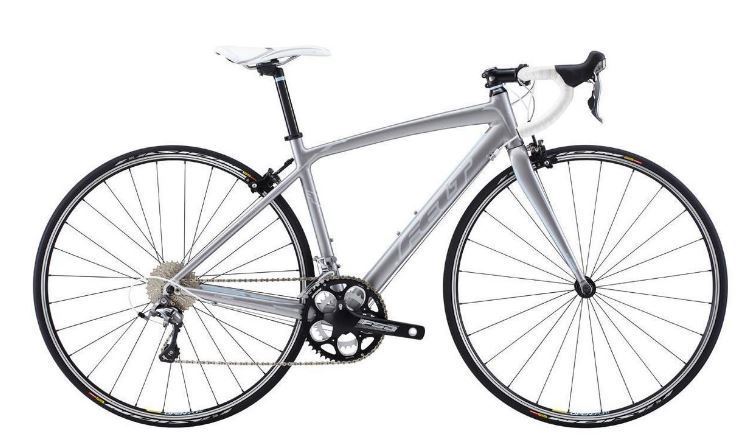 "Hey neighbor! We're on 28th and found your bike in the alley behind our house this morning! It is safe in our hands." The finder explains later: "They were staying at my neighbor's AirBnB (when their bike was stolen) and are leaving Portland today. I'm glad she got her bike back before she left town! Thanks to you and Bike Index for helping make it possible to reunite people with their stolen bikes!!!" 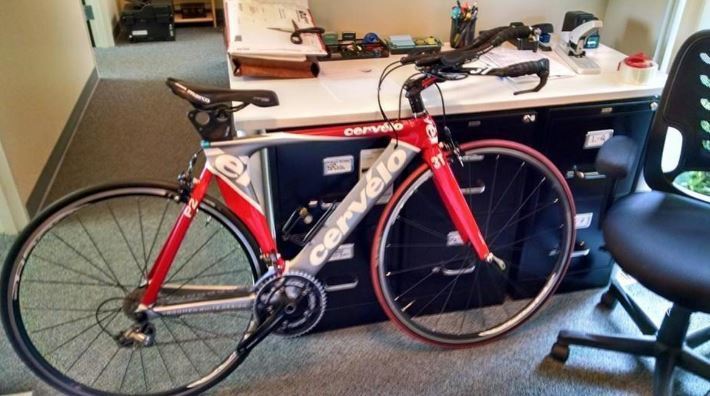 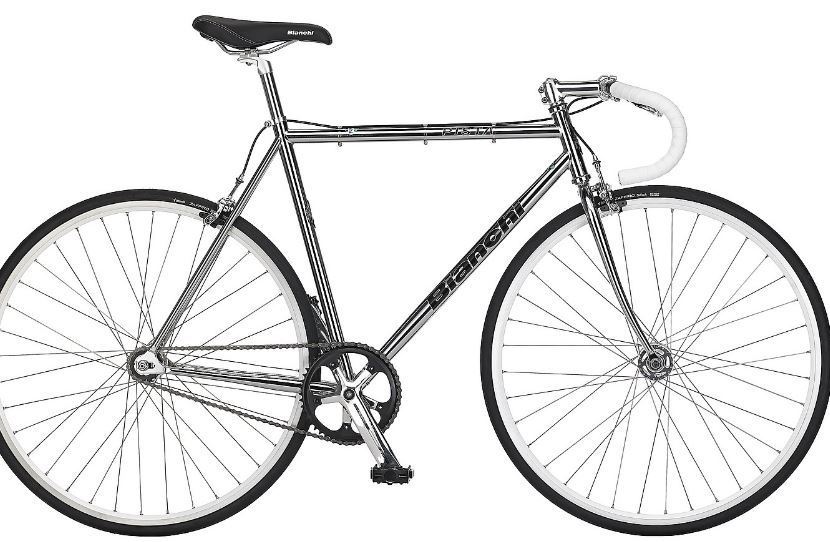 "Hi, I work for the SFPD in the Property Division. I think we have your Bianchi that you listed stolen... I just got the bike here from the warehouse, its definitely your bike, matches your description on Bike Index. It’s a little dusty and dirty from being stored, and the tires are flat. Other than that, it looks okay. A good Samaritan saw someone trying to cut off the lock and called the police. Officers arrived, couldn’t find the owner at that time and booked it as found property." 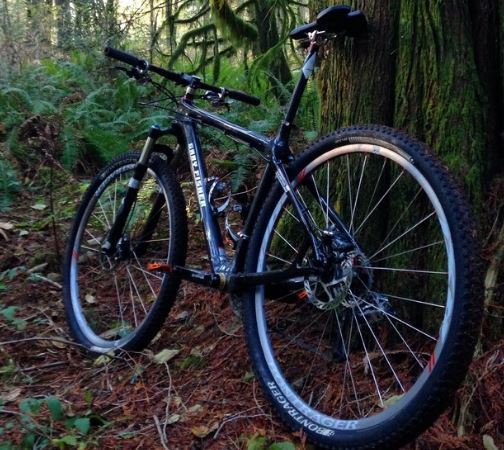 Recovered by a sharp eye'd manager for a shelter in Bellevue. "Did a little research and found you on the net. I locked up the bike in my office. It's spot on - it's your bike." 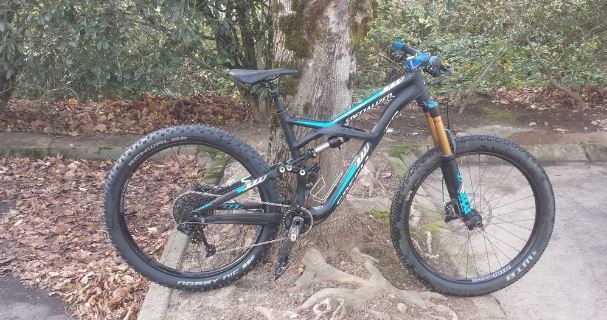 "A user on Bike index recognized it on Offerup from a seller with multiple stolen bikes. With help from Portland bike theft officers this bike was recovered - but was already destroyed by the scumbags." 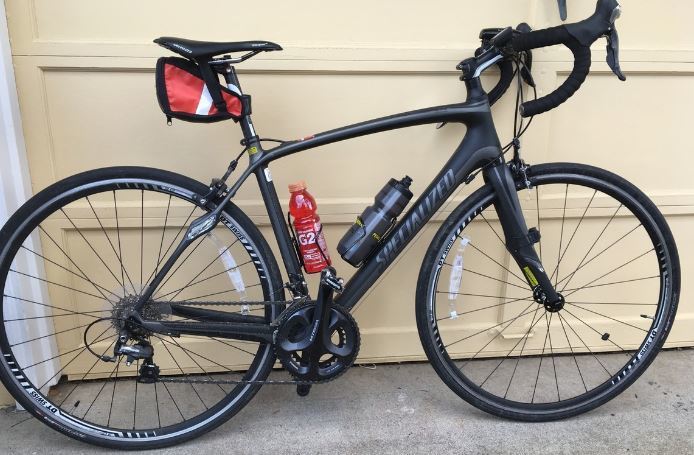 "A very nice gentleman found my bike in his backyard and noticed that it was a very nice bike. After calling around and searching for ways to get in touch with the owner, he finally got in touch with Bike Index and contacted me. He emailed me Sunday morning and by the afternoon I was drinking a beer with my newly found bike!!"

"Someone posted it on Craigslist and a man called me because he was going to buy it and looked at Bike Index before the purchase to assure it wasn't stolen. He called me to let me know he found my bike... " 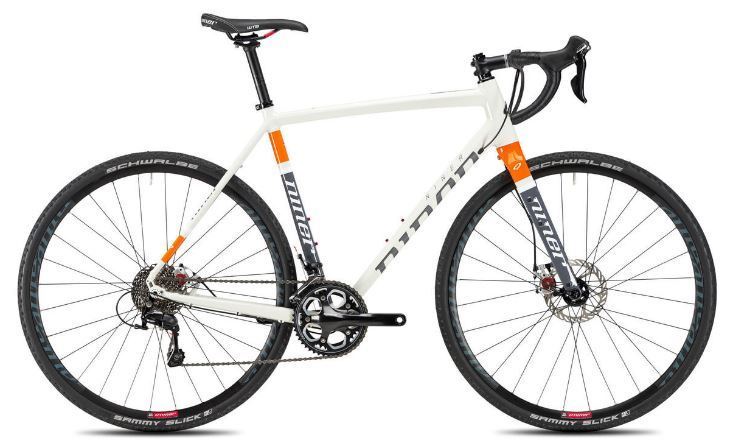 "I thought this site was a long shot and I'd never see my bike again. Wow, was I wrong. An amazing guy who lived a few blocks away, saw my bike locked behind his apartment under some junk. He thought it looked out of place, so he called his brother who knows a decent bit about bikes. The brother searched on this site and saw it reported stolen. He called me, I ran over, and it was indeed my bike! It got better though. The thief had locked my bike using a u-lock, which we were having trouble removing. B. generously offered to drive to Home Depot to buy a drill bit to remove it. Just as he returned, the thieves showed up in a van – they had come back to collect the bike! B. confronted them and said they couldn’t have the bike. When the thief tried to escape, B. chased and tackled him until the police showed up and could arrest him. All in all – got my bike back, thief arrested – all thanks to this site and the local hero B. Amazing day. Thanks again!" 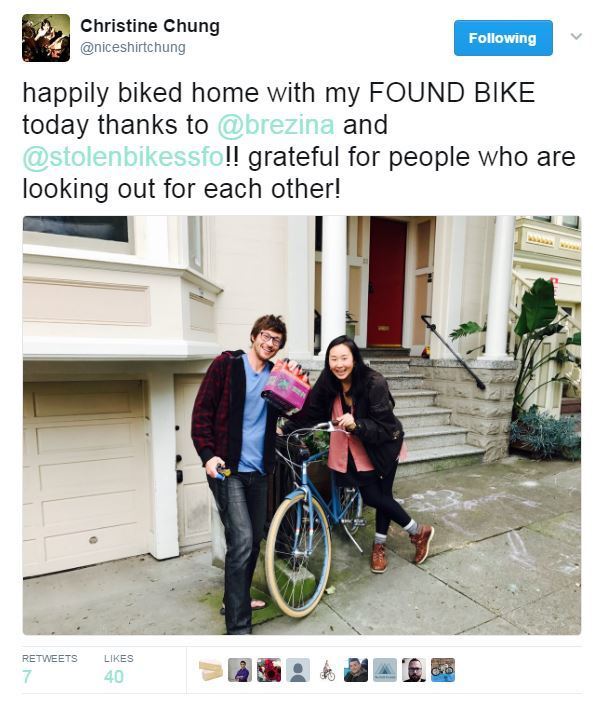 "Someone tweeted at Bike Index (@stolenbikessfo) and we were put in touch! It was TWITTER MAGIC!!!" (You can see the whole thread here - thanks @brezina) 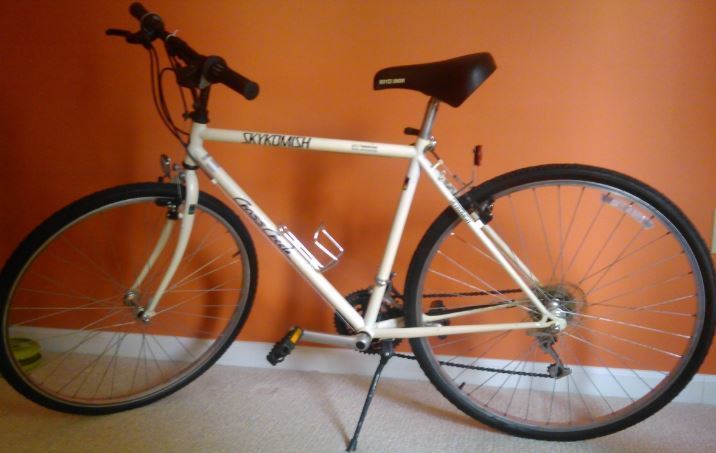 "I FOUND YOUR BIKE IN MY BUILDING AND I HAVE IT AND I WANT TO GIVE IT TO YOU!!" From the owner: "Thanks so much. Never expected to see the bike again!" 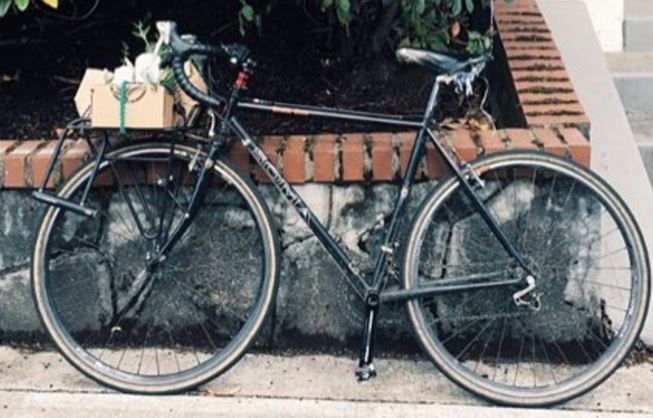 Listed on CraigsList, the first buyer realized the bike was stolen and tried to get cops involved. No go, but he alerted the owner that the bike was found. After the owner found it listed online again, and the PPB Bike Theft Task force officers were able to recover it. "I was able to track down the thief and thanks to ... the Bike Index, the police and PDX's wonderfully supportive bike community it was returned to me!" 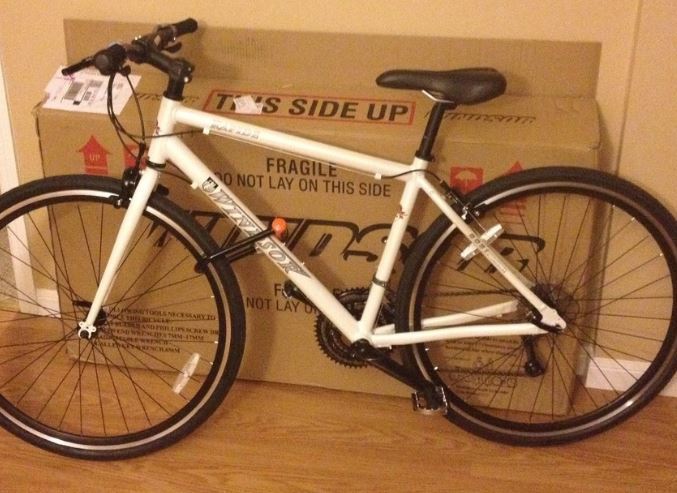 "It just so happens that the police recovered the bike the same day it was stolen. A good Samaritan saw what happened, alerted nearby police and the bike was recovered immediately. However, since I filed a police report with UCSF PD instead of SFPD it took a year for my bike to be returned. One year later, an SFPD officer looked up my bike on Bike Index and used the info on the site to find me. He contacted UCSF PD and they contacted me. Posting on Bike Index really helped me get it back! Thanks!" 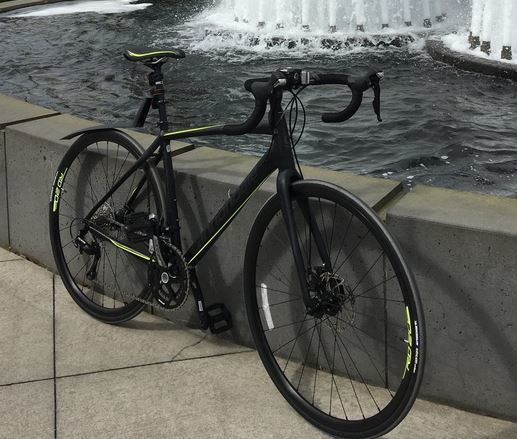 "I guess I beat the odds... someone reached out to me and let me know they purchased my stolen bike. It was sold on Offerup and resold on ebay to a guy in Utah. So he googled the serial number and found it on Bike Index and reached out to me. He filed a claim with PayPal and I provided a copy of the police report and info to him and he was able to get a full refund. I'm pretty blown away about how all of this worked out for the best. Thanks for alerting me to it (redacted), and thanks everyone at Bike Index for doing what you do!!" 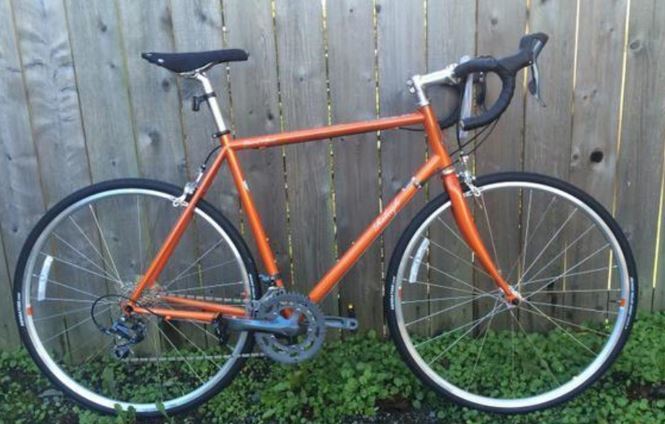 "Saw it on Craigslist, set up a meeting and called the Police!" 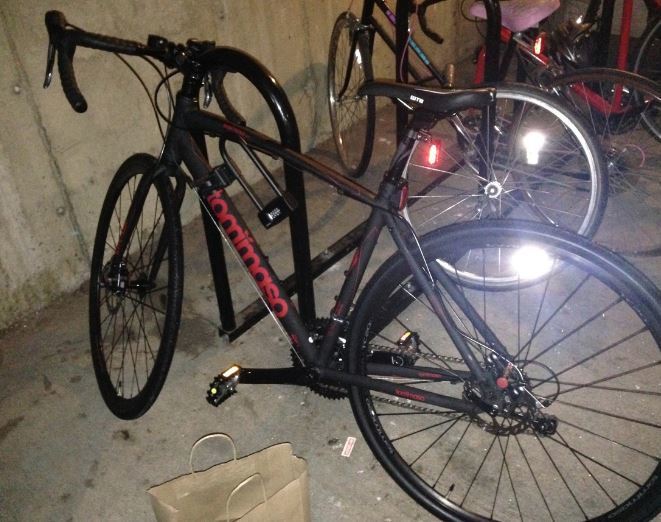 "Awesome Seattle policeman found it at homeless shelter and delivered to me!" 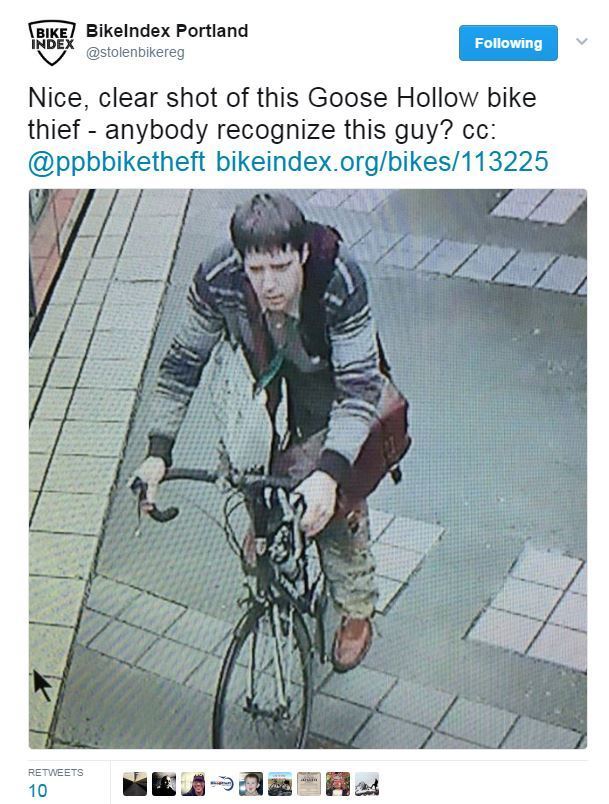 This bike was stolen off of Portland's MAX line ... the photo shown here shows the guy taking off on this bike at the Goose Holloe station. We put this on our Portland twitter feed, and then .... "Police called yesterday. Said someone rode it up to the station and dropped it off. Officer was as bewildered as I am." 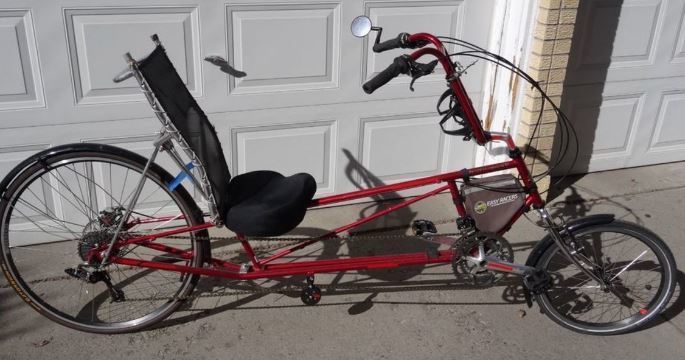 "I received a call from Way Cool Stuff, in Gresham, OR ... Someone attempted to sell this bike to them. Way Cool owner checked the Bike Index and told the guy it was stolen, and his name did not match his fake/stolen Oregon drivers license. He ran our of the store very fast. No camera unfortunately. An amazing win for the good guys in life. Thanks!" 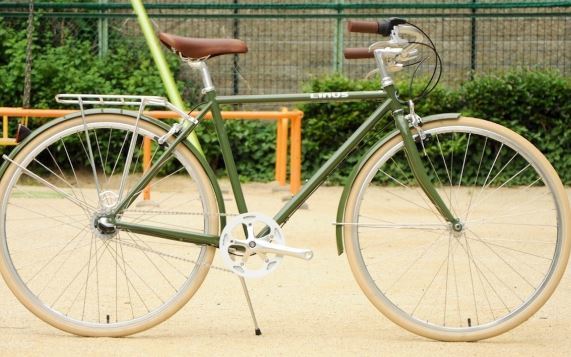 Stolen from PDX's Clever Cycles in 2016, this Linus turned up in a pawn shop, where a CCSO deputy ID'd it. Physical recovery is still in process due to paperwork/pawn release. 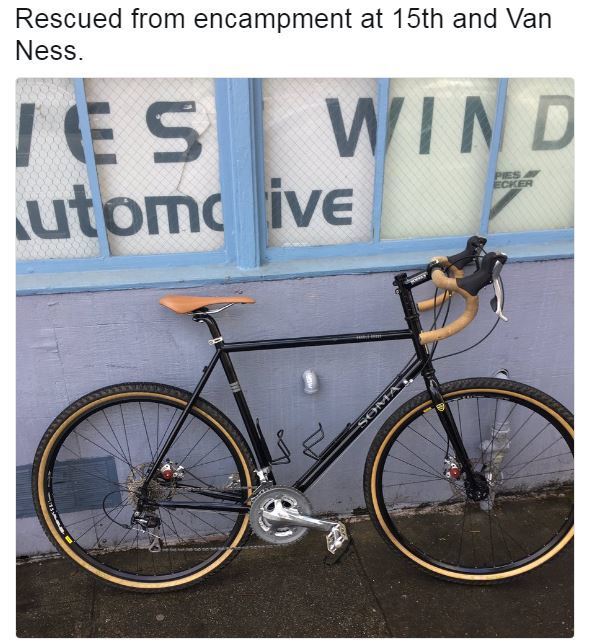 This stolen Soma Double Cross Disc was recovered by the always vigilant @r27d in SF when he spotted it in a local homeless encampment. 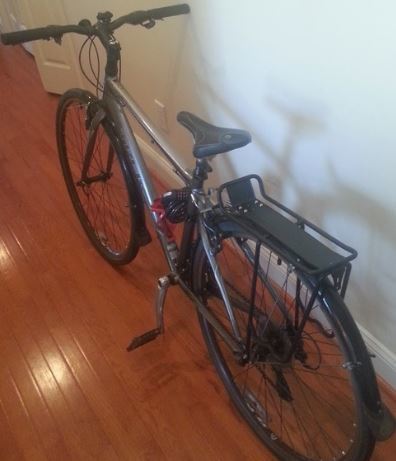 "Tracked it through three different listings on Offerup and Craigslist, and then arranged a police escort to come with us to meet with the seller. Identified it via the serial number and took it home."

"Got a text message saying it was up on Craigslist. Met with the seller and checked the serial, and it was our bike. Police met me at the sale and facilitated in the recovery." 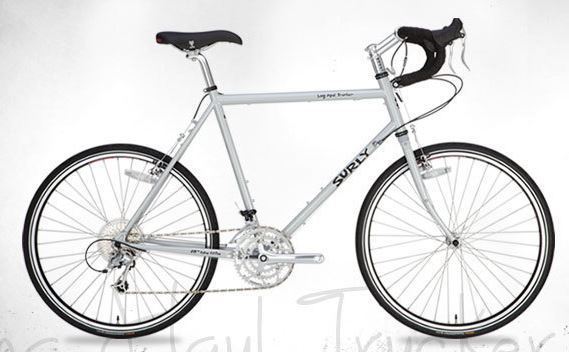 "Recovered by Oregon City Police & Clackamas Co Sheriffs Dept associated with an arrest of person who had other stolen property. Hats off to CCSO, the Oregon City Police & Bike Index. Never thought I'd see my Surly again. Looking forward to having a great ride tomorrow !! " 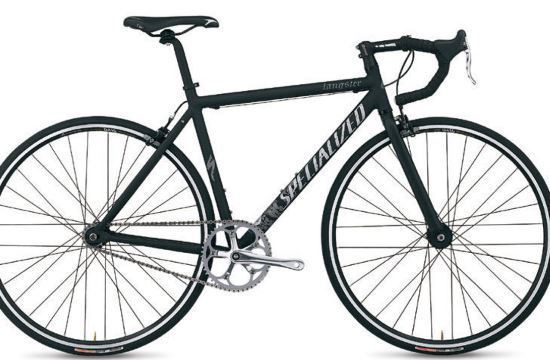 "Popped up on Craigslist! It's a great story that I hope to write up soon- starting 2 years ago when it was stolen from our bike cage at work, then retrieving serial number from shop in PDX that had a paper copy of the receipt WITH the serial, police report filed and updated with serial no, then the Bike Index post, then CL alert set up ... 2 years go by with various Langsters popping up - THEN, Friday I received an alert for a 2006 50cm Langster! More to tell on help/guidance from Seattle Police and my great friends who helped with meet up and recovery! Photos too!" 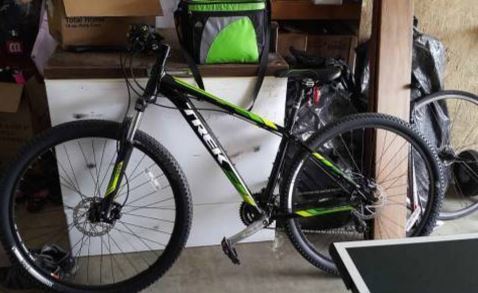 "Police recovery: A sheriff apprehended the scumbag who stole my bicycle! He apparently was riding my Trek while stealing another Novara bicycle. He is being prosecuted. I couldn't believe such a luck can happen. Please register with your local police & on Bike Index!" 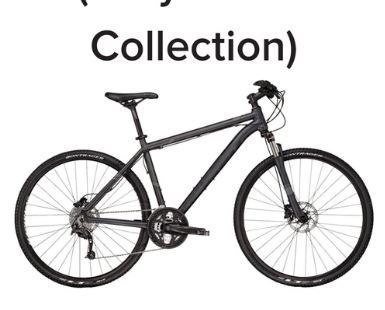 "Local laundromat owner noticed it in his establishment and checked the serial number and cut the lock and secured it for me. He's a hero in my book. We need more upstanding citizens like him. Can't believe the guy was riding it just blocks from where it was stolen. Thanks Bike Index - I'm a believer."

.... and that's a wrap for April. Thanks for reading, all. Again please donate to the Bike Index if you can, and thanks for all your support!